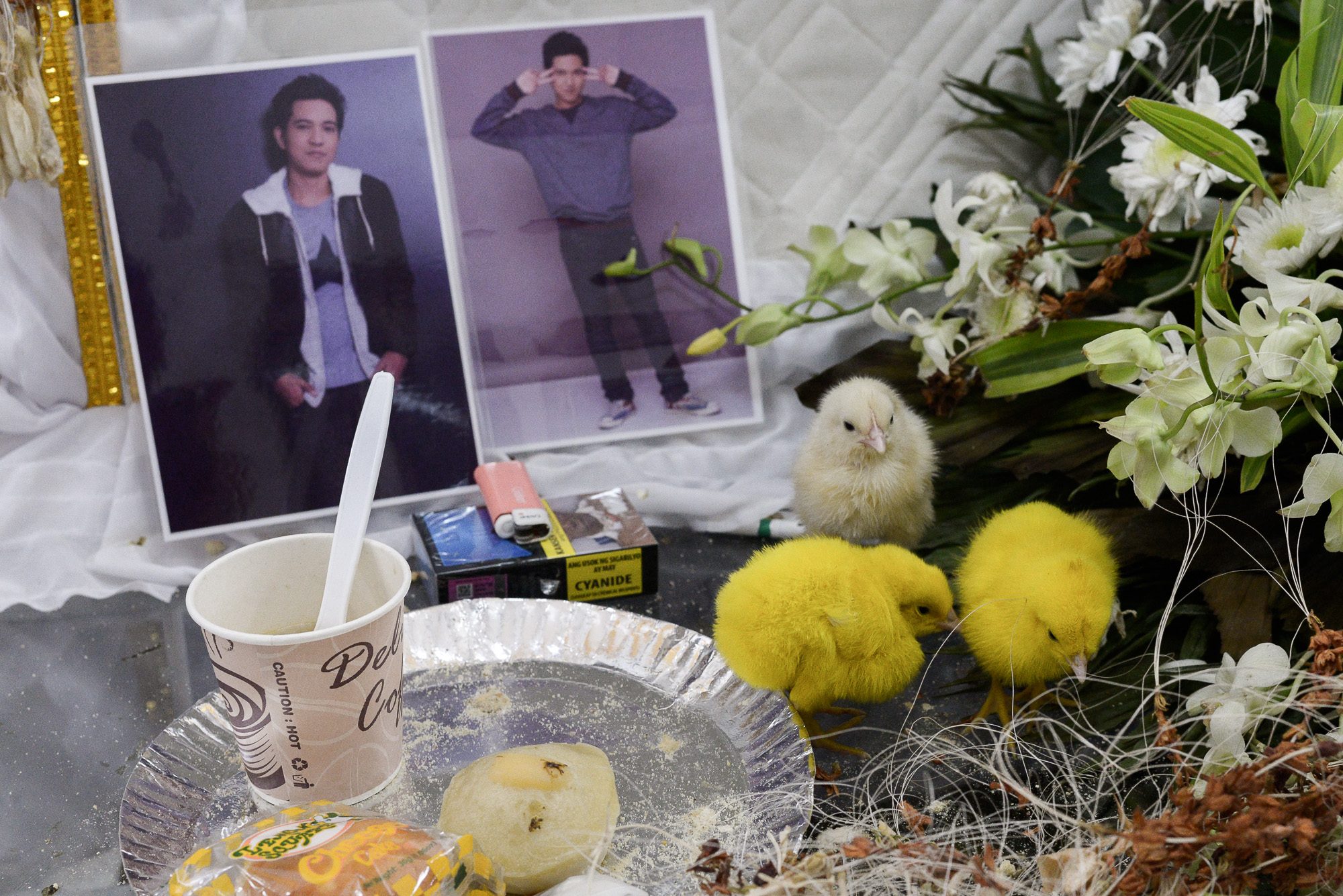 Facebook Twitter Copy URL
Copied
People who know Carl Arnaiz say the teenager would find a way to smile even when he seemed lonely at times. He disliked house chores but was responsible in his obligations.

MANILA, Philippines – When Camille Arnaiz posted about her missing younger brother on Facebook, she did not expect to get a message from a coroner.

Vic Basing, a coroner from Ezekiel Funeral Services in Caloocan City, sent a message to Camille after he saw a familiar face in the Facebook group for missing persons in the Philippines. He said their morgue received an unidentified victim on August 18, the same day her brother went missing.

Camille was certain it was not her brother – he did not own branded clothes, and he certainly did not wear caps. Camille did not want to look at the dead man’s photos; the idea of her only sibling dead was last on her mind.

She asked her boyfriend to receive and check the photos instead. He replied within minutes.

Camille could not open the message. The one-line message alert was enough to break her heart: “Love, putangina (son of a bitch).”

Carl Angelo Arnaiz had been missing for 10 days when his body was found in a morgue in Caloocan, about 20 kilometers from his house in Cainta, Rizal.

Carl went missing after leaving their home unannounced in the early hours of August 18. He left behind an empty bed and a worried grandmother.

Camille claims Kulot never hung out with Carl. Kulot’s mother says Carl was not a close friend of her son. Kulot remains missing. (READ:  Sleepless mother looks for son who was a friend of Carl Arnaiz)

Carl was last seen wearing a red shirt, brown shorts, a sling bag, and a Lenovo smartphone – all of which had yet to be found.

When he ‘fought back’

In the police version of the story, Carl hailed a cab in Navotas City at about 3:30 am on the same day he went missing.

He asked to be brought to 5th Avenue in Caloocan City but upon arriving at C3 road, he supposedly drew a gun, declared a holdup, took the taxi driver’s wallet, and fled the cab.

The driver supposedly sought help from policemen on patrol. With the cab driver, the policemen returned to the “place of occurrence” of the crime, where they found Carl who was identified as the robber.

Upon seeing the police, Carl “successively fired shots towards the responding officers but missed,” according to the police report.

Police Officer 1 Jefrey Perez and Police Officer 1 Ricky Arquilita of the Caloocan City police retaliated “to suppress his unlawful aggression,” the police report said. Carl was killed on the spot.

According to the report, police recovered from the teenager a .38 caliber pistol, two sachets of marijuana leaves, 3 sachets of shabu, and a backpack with “assorted personal belongings,” including a cellphone which his family claims he did not own.

Based on the spot report, “the crime scene was inquested thru SACP Darwin Cañete of the Caloocan City Prosecutors Office” – the same prosecutor who drew criticism for saying that teenager Kian delos Santos, who was killed in an anti-drug operation, was “not completely innocent.”

Carl lived with his grandmother, father, and niece in the basement of a 3-story house in Cainta, Rizal.

On the window display are candies, canned goods, and snacks that the teenager sold in a tiny sari-sari store he managed, funded with the money meant for his second semester at the University of the Philippines in Diliman. 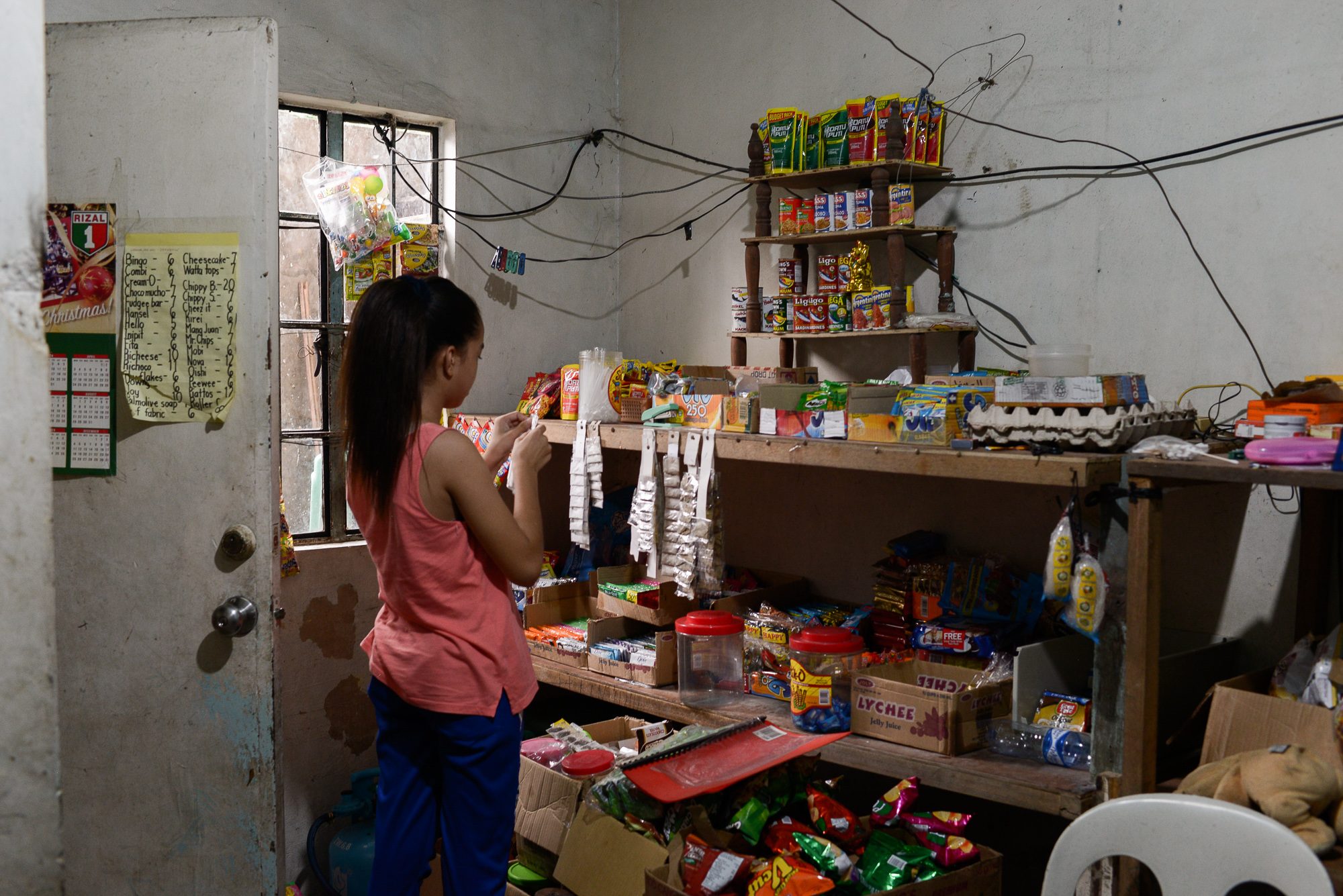 Growing up, it was Carl’s dream to become an iskolar ng bayan (UP scholar). Once, he even told his Mama it was either he got in UP, or he wouldn’t study at all. It came as a shock to many when he decided to take a leave from his interior design course only after a semester in 2014. His batchmates described Carl as “one of the best” in their course.

Later on, the family would find out that Carl suffered from clinical depression, and the pressure from the university triggered this.

Since he left school, Carl only dreamed of growing his retail business, driven by the goal of getting his Mama back home from working in Dubai. He stopped dreaming about school.

To his classmates, he was a clown. He was shy and silent in the beginning but he could be funny and loud once he warmed up. He was smart, a scholar, a skilled young man – he was every parent’s dream.

He was sometimes lonely, slightly “emo,” but would still find a way to smile. He disliked house chores but was responsible in his obligations.

Today, Carl is only missed. And he will always be 19. 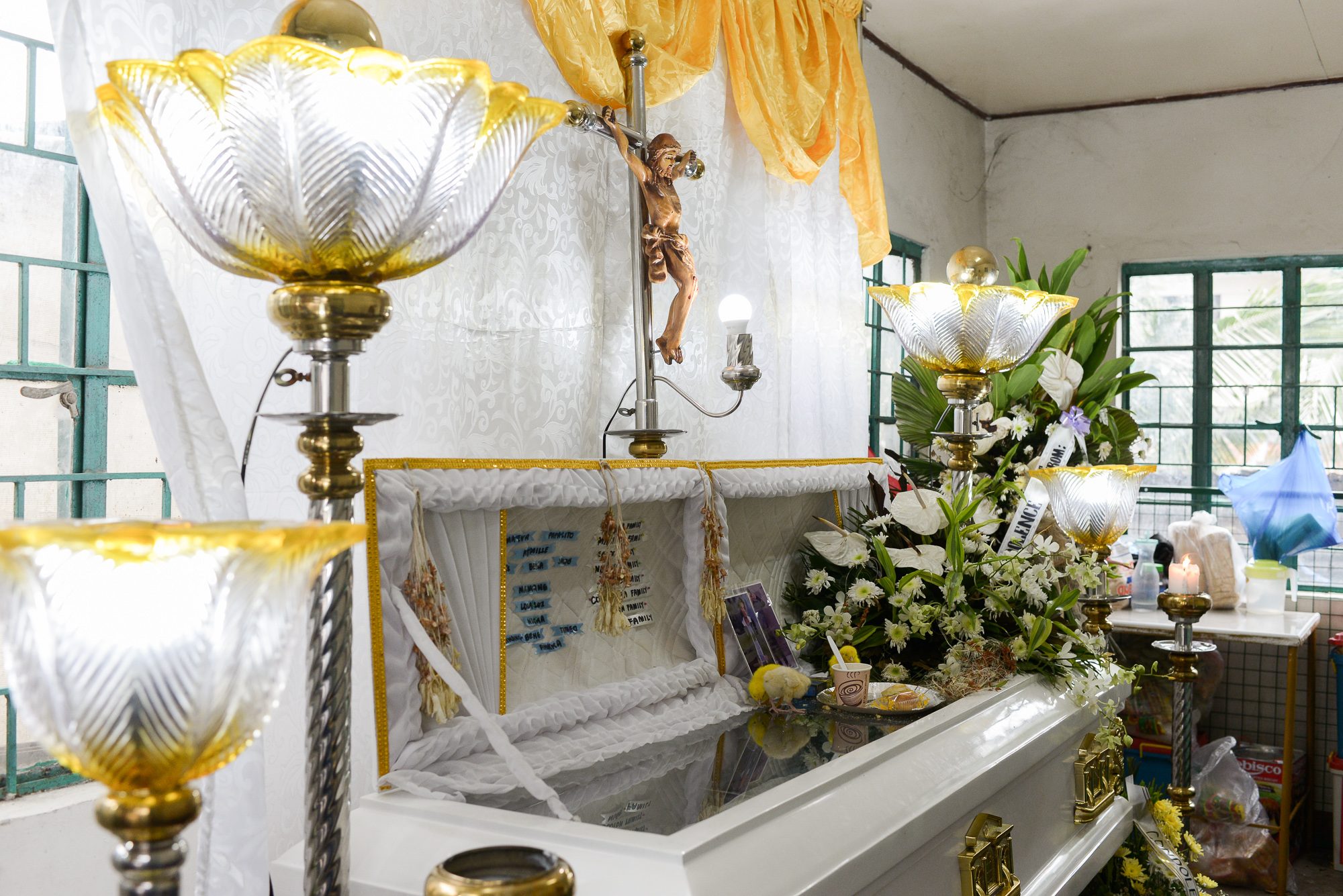