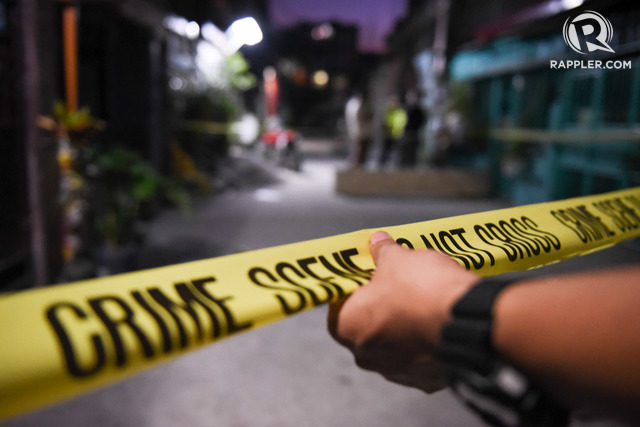 A resident found the body of Reynaldo de Guzman, also known as “Kulot,” in a creek in Barangay San Roque in Gapan City at around 11:30 am on Tuesday, September 5, Gapan police chief Superintendent Peter Madria told Rappler in a phone interview on Wednesday, September 6.

The parents of the boy positively identified De Guzman at a morgue in a funeral parlor in Gapan on Wednesday.

Madria said the boy’s corpse was not yet in a state of decomposition when it was found in the creek, over 100 kilometers from where De Guzman was last spotted.

Based on the initial investigation, the teenager had 30 stab wounds, said Police Officer 3 Niño Cabog, who is handling De Guzman’s case.

Cabog said the parents consented to their son’s autopsy. The autopsy would differentiate stab wounds from gunshot wounds, if any, he added.

A video posted by dzMM TeleRadyo showed the boy’s mother, Lina Gabriel, when she saw the corpse of her son for the first time.

“Wala silang awang pumatay sa batang nawawala. Tinadtad nila ng saksak (They mercilessly killed a missing child. He was stabbed all over),” she said, as she stood in front of her son’s corpse which was covered by a white cloth.

De Guzman, a Grade 5 student of Maybunga Elementary School in Pasig City, was last seen with Arnaiz, the 19-year-old who was killed by policemen in an alleged shoot-out along C3 Road in Navotas.

Gabriel had said she heard from her son’s friends that De Guzman went with Arnaiz to buy food. Both would be found dead – Arnaiz, just a day later. (READ: Carl Arnaiz handcuffed, beaten up, killed – PAO autopsy)

De Guzman worked as an informal laborer after school hours, his mother had said, delivering water containers, and carrying sacks of cement in their neighborhood from time to time, to augment his P30 daily allowance. (READ: Sleepless mother looks for son last seen with Carl Arnaiz)

The death of the 14-year-old is the latest in the killings of teenagers over the last few weeks that sparked public outrage, among them 17-year-old Kian delos Santos. – Rappler.com