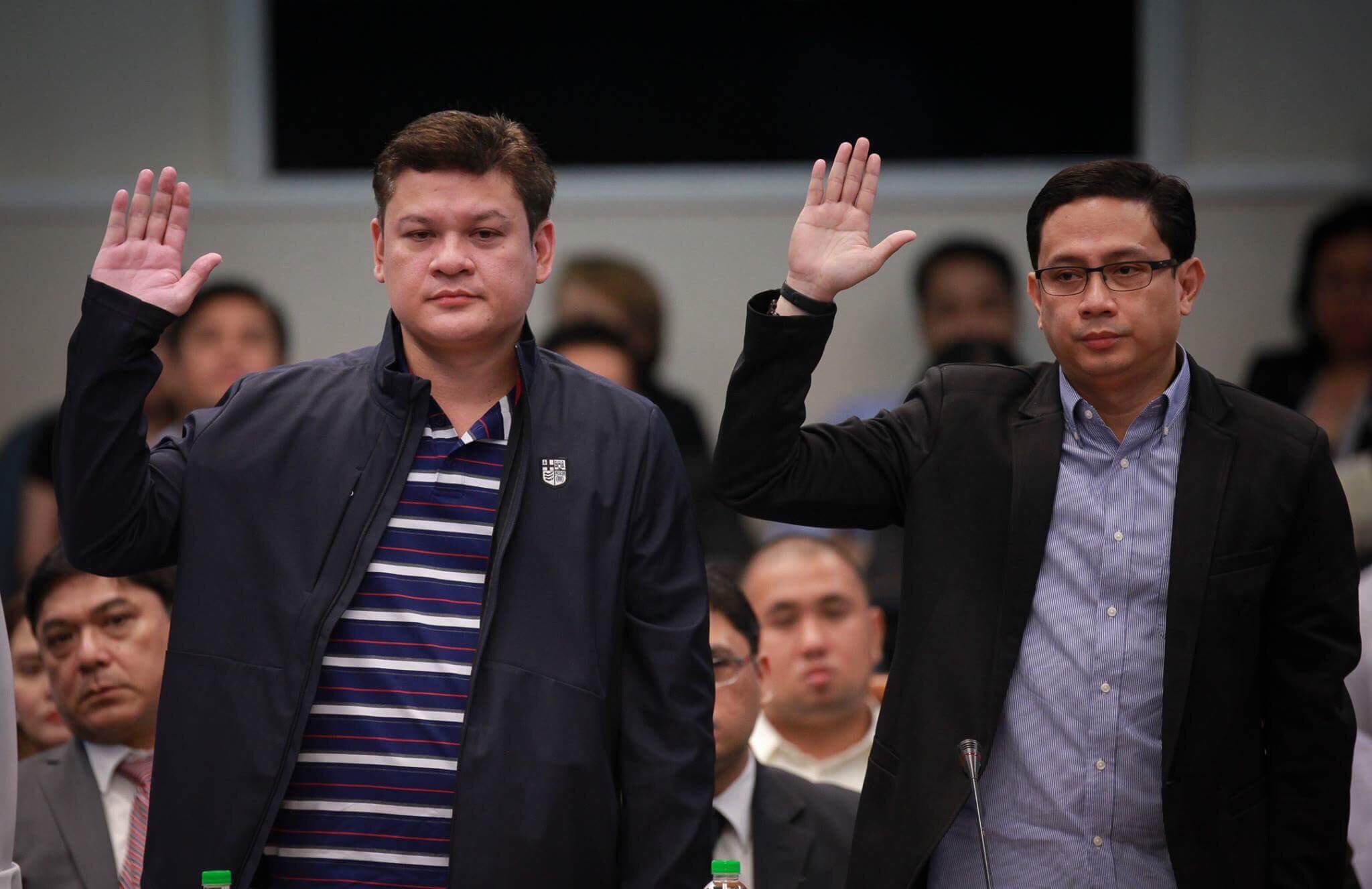 MANILA, Philippines – President Rodrigo Duterte’s son and son-in-law faced a Senate panel on Thursday, September 7, and denied allegations that they are involved in smuggling.

In their respective opening statements, the two said they attended the investigation out of “respect” for the Senate as an institution. They said the allegations against them are “baseless” and purely based on “rumors.” (READ: Ties that bind: Who are Mans Carpio, Paolo Duterte connected to?)

The two also denied having any knowledge of the “tara” system or bribery in the Bureau of Customs (BOC).  (READ: FULL TEXT: ‘Kita kita sa Customs’)

Paolo Duterte said he is appearing to set the record straight, as his children had been affected by the allegations against him. (READ: Paolo Duterte a ‘smuggler’? Trillanes releases documents anew)

“Once and for all, I now have the time to deny any and all baseless allegations thrown against me. My presence here is for the Filipino people and to my fellow Davaoeños to whom I serve. I am very sorry but I cannot answer allegations based on hearsay,” the vice mayor said.

“In closing, a senator once said, that we are a family of murderers and I am untouchable. I quote a City Councilor from Davao: ‘Every dog has his day, the law of karma will operate specially to those with evil intent,’” he added.

Carpio, for his part, lamented being “publicly crucified” and claimed he does not know Customs broker and “fixer” Mark Ruben Taguba.

It was Taguba who mentioned the two as mentioned in text messages between the latter and a certain “Tita Nanie,” the supposed link to the so-called Davao Group.

“Me and my brother-in-law have been publicy crucified based on rumors. I do not know Mark Ruben Taguba, I have not met him,” Carpio said.

It was revealed during previous hearings that Carpio had visited the office of former Customs chief Nicanor Faeldon. Carpio denied being involved in illegal acts and reiterated that he was just representing his clients. (READ: Presidential son-in-law: Who is Manases Carpio?)

“I am here before this committee to formally declare that I have no knowledge or involvement in illegal drug shipments…and to assist the committee in whatever way I can as a resource person,” he added.

President Rodrigo Duterte earlier defended his son and son-in-law and called the accusations “malicious.” He also earlier advised the two to appear before the Senate but to stay “silent” and invoke their right against self-incrimination.

On Thursday, Paolo Duterte invoked his “right to privacy” when opposition Trillanes asked if he had a dragon-like tattoo at the back, to supposedly prove he is part of the “triad,” an organized crime syndicate. – Rappler.com