Duterte ordered police not to share files with CHR – DILG 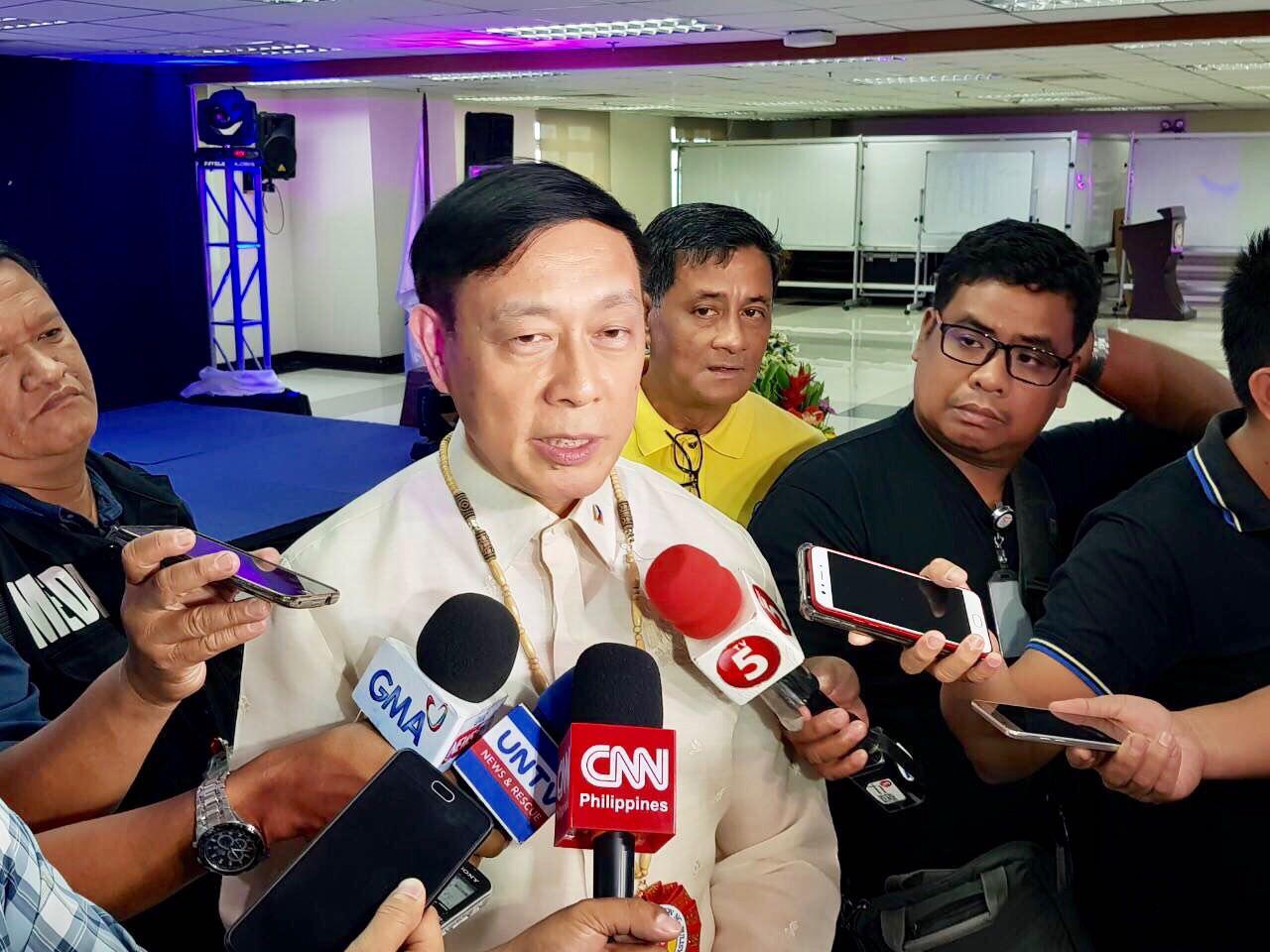 Speaking to reporters on the sidelines of the 51st National Police Commission anniversary, the officer-in-charge of the Department of the Interior and Local Government (DILG) said President Rodrigo Duterte did not agree to the CHR request.

Responding to questions on whether the President had decided on the CHR request, Cuy said the order was to “stick to the instruction‬.”

When Cuy was asked to clarify if Duterte did not want the CHR to see the case folders, he said, “Yeah, parang ganoon (something like that).” Pressed to confirm further if the President did not approve the request, Cuy said, “Yes.”
‪

“We’ll find other ways to help the CHR in their effort‬,” the DILG official added.

Cuy said the standing instruction of Duterte is that “all investigations to be conducted on police and military actually pertaining to human rights violation have to be cleared” with the President.

Duterte first announced this policy in his 2017 State of the Nation Address in July, though Malacañang later clarified that Duterte only wanted to be informed about any investigation.

The case folders contain police spot, investigation, forensic, and inventory reports of all killings related to the war on drugs, both in and out of police operations.

Sought for comment, CHR Chair Chito Gascon said they will request “one more time,” before issuing a subpoena for the production of the documents.

The CHR is constitutionally mandated to investigate alleged human rights violations committed by state actors such as police and soldiers. (READ: Things to know: Human rights in the Philippines)

The PNP and the CHR met for the first time on August 29, hoping to march together towards a drug war free of human rights violations.

The CHR reiterated its request to have copies of the PNP case files following the deaths of teenagers Kian delos Santos and Carl Arnaiz, both killed in police operations. (Kian and Carl: What the deaths of the two boys have in common) – Rappler.com