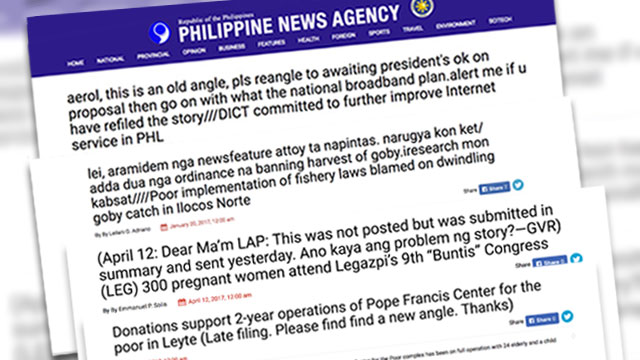 Unfortunately, readers found amusement again in a newfound series of gaffes on the agency’s website, circulating screenshots on Friday, September 8, of previous articles that appear to have published editors’ notes and instructions instead of finalized titles. The articles’ dates range from January to April 2017, but curiously, they all appear to be published at 12 AM.

The first screenshot to make the rounds features a note that instructs a certain “Lei” to reangle a mining story:

Lei springs up again in another screenshot, with instructions this time in the Ilokano language: 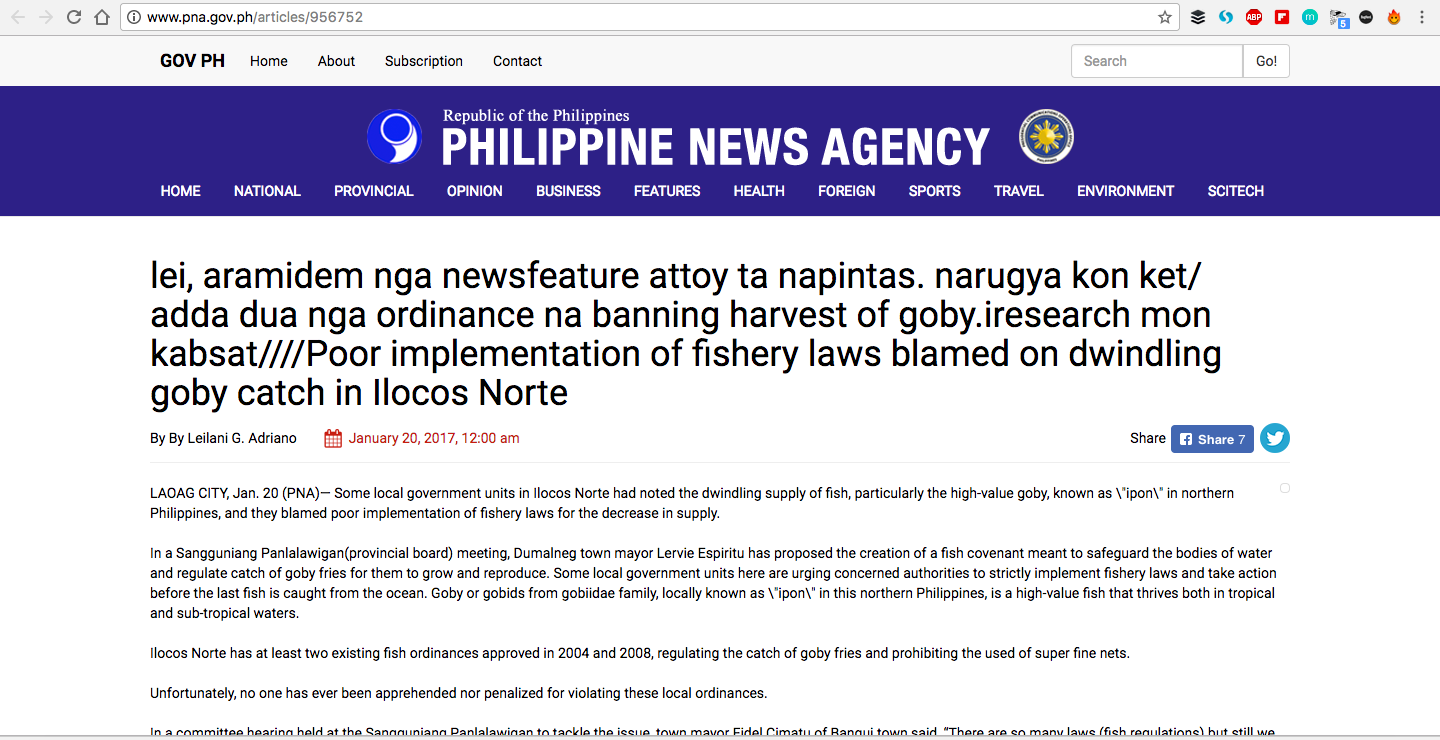 Lei is not alone, however, as a certain “Aerol” has also received instructions in the same manner: 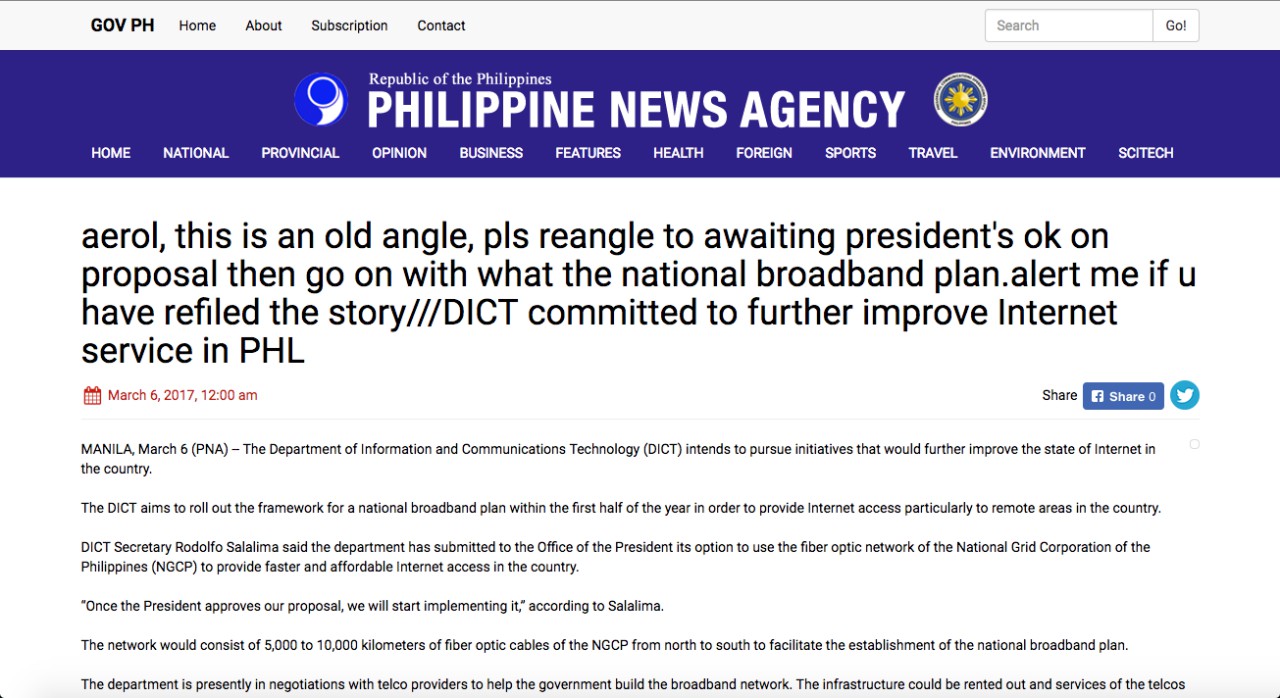 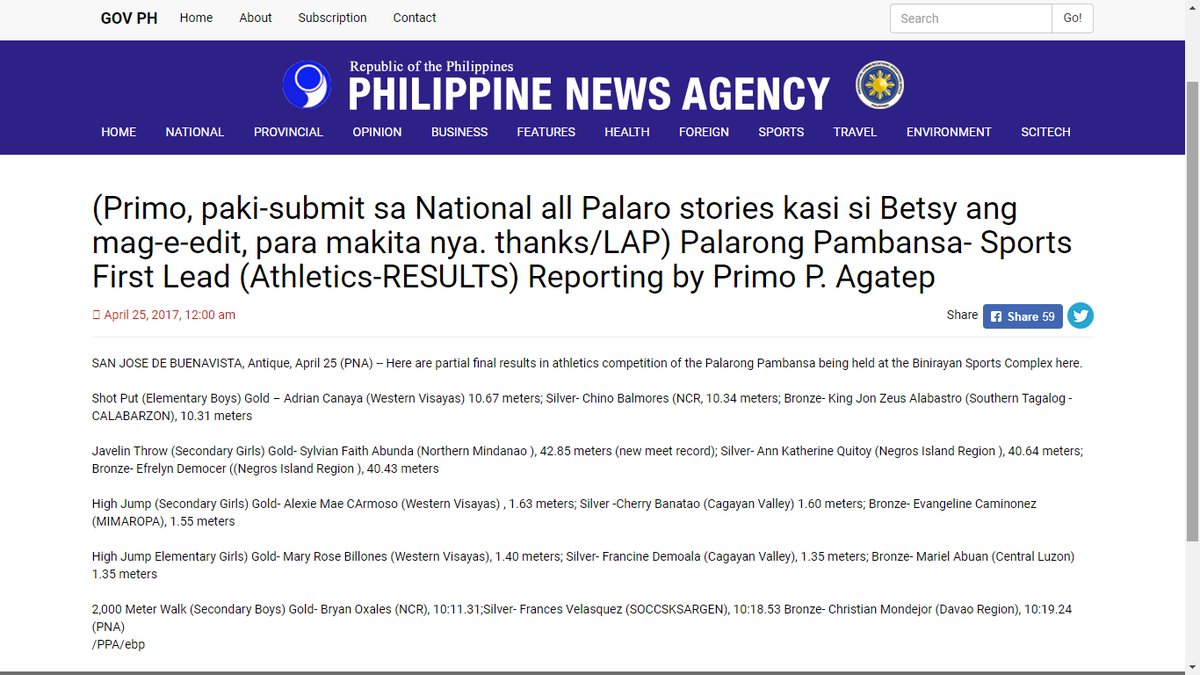 Another screenshot points out that an article needs to be reangled because it was filed too late:

Yet another one wonders why the said article was not posted despite being sent earlier:

Another notes that the article itself already came out the previous day: 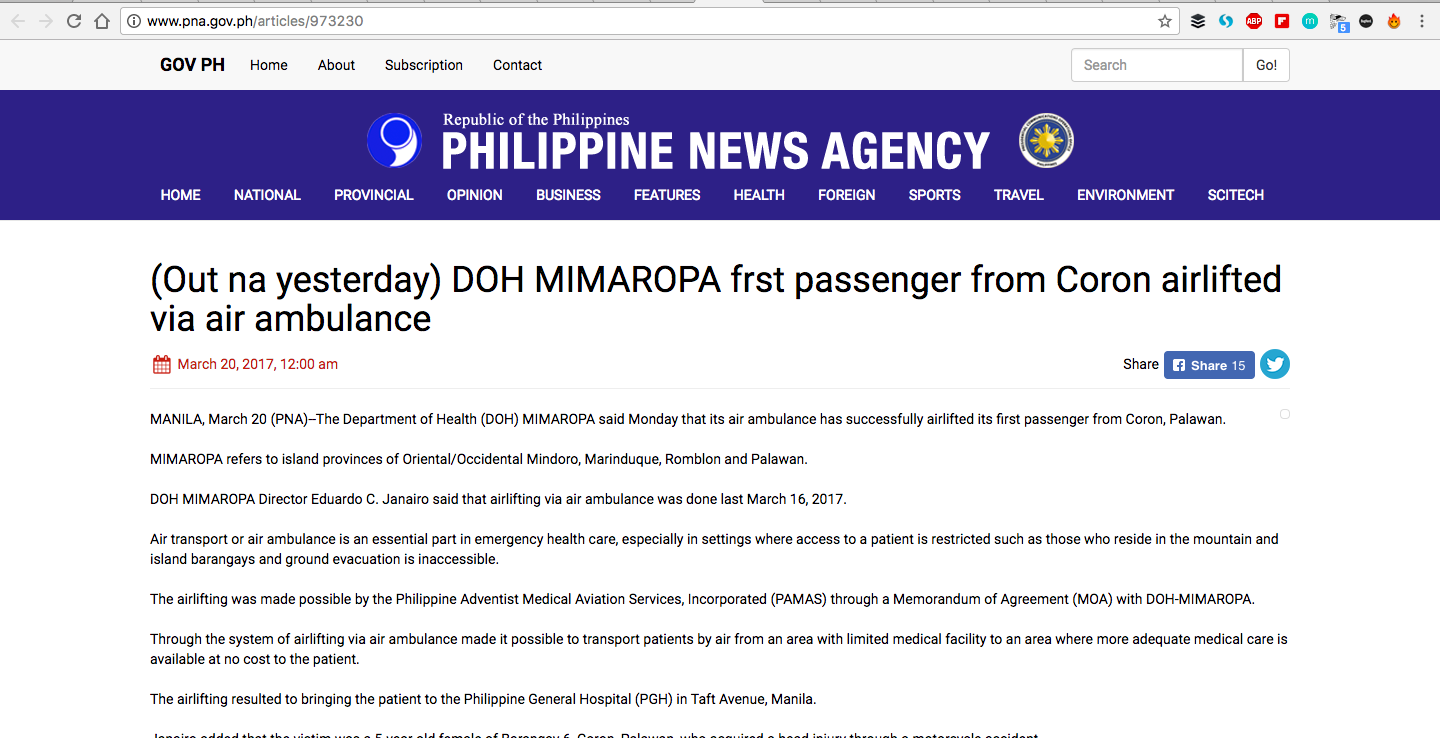 As of writing, the entire PNA site has been taken down: 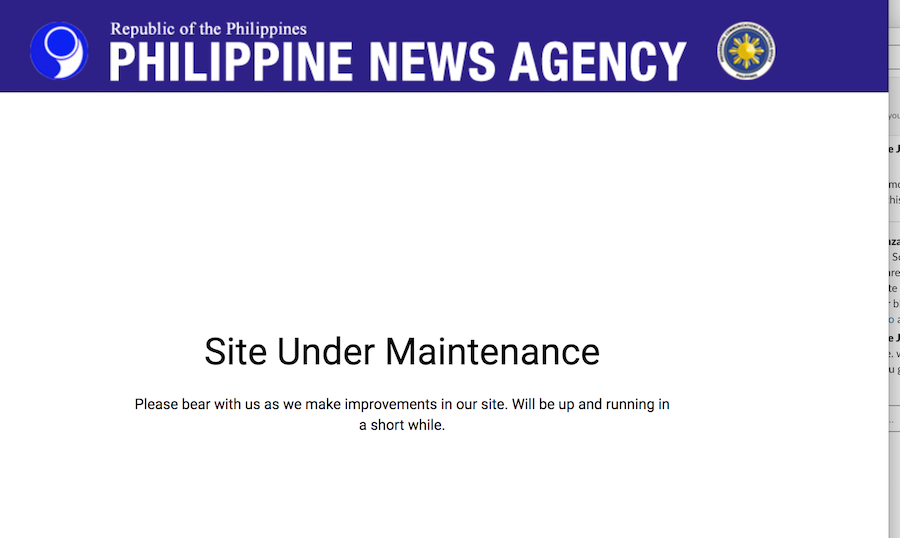 Below are more netizens’ reactions to the series of errors:

The PNA has gained notoriety in recent months for various mistakes, from uploading the logo of food production company Dole Philippines instead of the logo for the Department of Labor and Employment (DOLE), to using a Vietnam war photo in a story about the ongoing crisis in Marawi.

Andanar says that Undersecretary Joel Egco, who is assigned to manage the PNA, will soon give a statement.

After the latest PNA gaffe went viral, Malacañang reporters received a copy of an order by Andanar, signed that day, putting Egco in charge of supervising the PNA.

“PNA head and his/her deputies shall report directly to Usec Egco,” reads the amendment to Department Order No. 17.

What are your thoughts on the latest PNA gaffes? Write about the issue on X! – Rappler.com