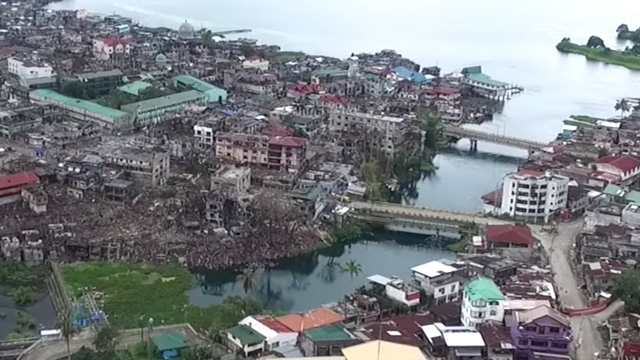 LANAO DEL SUR, Philippines – The military said it penetrated a “major defensive position” of the Maute Group in Marawi City after a “most difficult operation” on Sunday, September 10.

“It was a big accomplishment for our troops. One building has about 5 to 7 floors, so they have to clear all of these floors before they can say that this building is cleared,” Brawner said.

Brawner said it appeared it was the beginning of the defensive line where the local terrorist groups linked with Islamic State (ISIS) put its firepower to “prevent any assaulting force from easily overcoming that terrain feature.”

“We believe there will be more we will have to go through, but this was a major defensive position. We’re not saying it’s final, but it was one of the most difficult defensive lines that we have encountered during the entire Marawi siege,” said Brawner.

Snipers were all over the area and they were armed with rocket-propelled grenades.

An officer is killed

Two soldiers were killed in the operation, including an officer who was shot as he was trying to rescue one of his men.

This brings the death toll among government forces to 147.

The fighting is expected to continue to intensify as troops push to end the conflict that has dragged for more than 3 months now.

Brawner said he couldn’t reveal which buildings in the battle area were recovered, but these included one building that has “about 5 to 7 floors.”

“These are very significant buildings because these are part of the defensive line that the Maute terrorist group has established. They really prepared for this because they laid down a lot of improvised explosive devices (IEDs) and our government troops were able to surpass these defensive line and now we are pushing them further backwards,” Brawner said in a press briefing in Marawi held before Duterte’s visit on Monday.

They are not ordinary buildings, said Brawner. “These are tall, commercial building so our government forces have to clear all of the floors in order for them to declare that this building is recovered.”

Hostages were not spotted

The hostages were not spotted in the area of operation on Sunday. The military believes they are hidden in other structures.

“We received some reports that the hostages are being used for all types of errands, including assistance in creating the IEDs, but we are not saying that they themselves are experts in making the IEDs,” said Brawner.

The military said the battle zone has been narrowed down to about 20 hectares, about the size of a small subdivision. Soldiers are aiming to finish the war within September. (READ: Marawi battle zone: Urban warfare challenges PH military)

“Our commanders told us we may be able finish armed conflict within 2 to 3 weeks so our fighters on the ground are trying their best to meet this. It’s not a deadline but some sort of estimate by our commanders. Our troops on the ground are really working very hard to accomplish their mission of controlling the area, getting hold of the hostages, and neutralizing the remaining members of the Maute terrorist groups,” said Brawner.

The clashes in Marawi City, which began on May 23, prompted President Rodrigo Duterte to declare martial law in the entire Mindanao. Congress approved the extension of Duterte’s proclamation until December 31. – Rappler.com