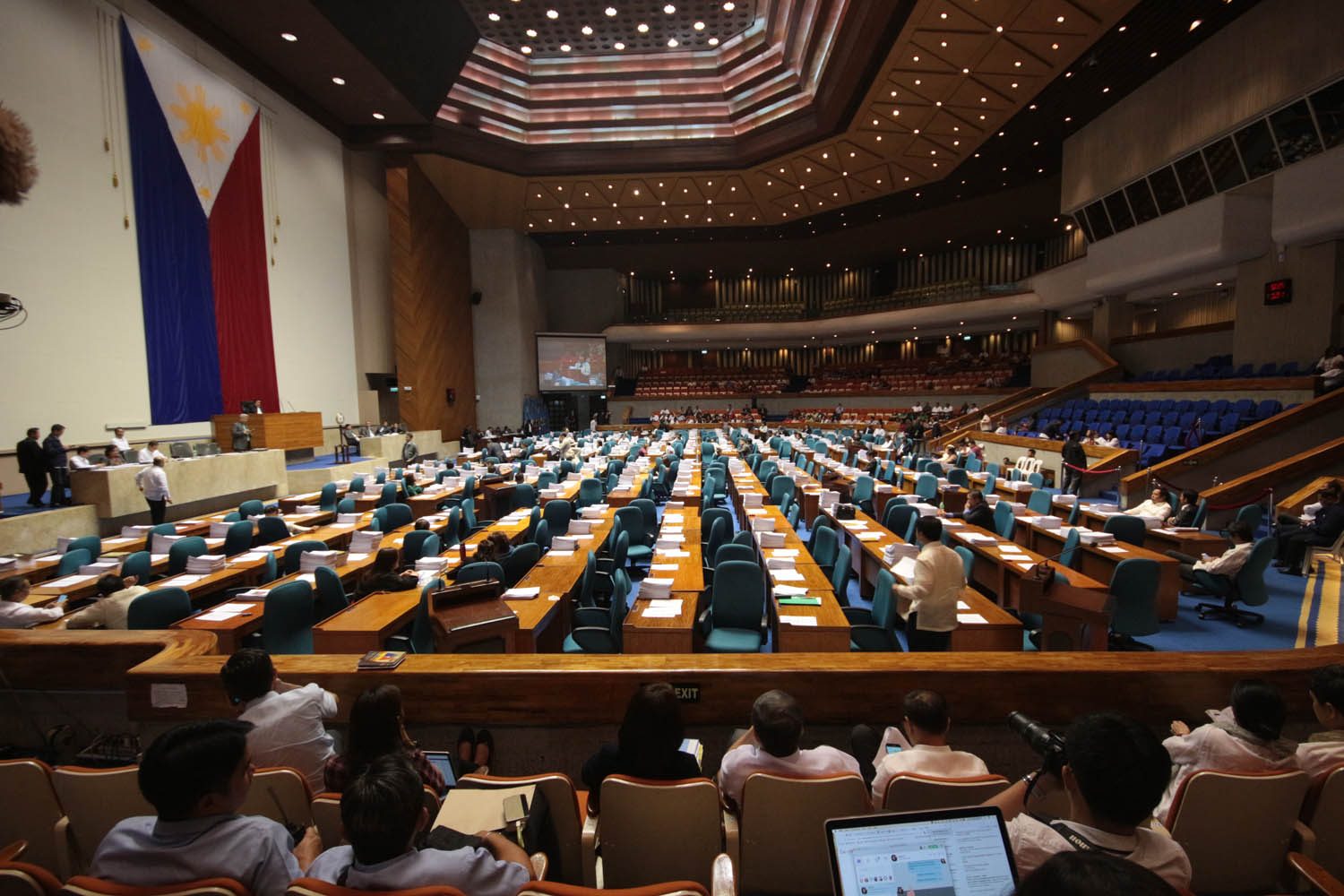 Facebook Twitter Copy URL
Copied
(2nd UPDATE) The House votes 119-32, giving the CHR only P1,000 for 2018. The budget will be forwarded to the Senate for another round of deliberations.

MANILA, Philippines (2nd UPDATE) – After a heated debate on a cold and rainy afternoon, the House of Representatives on Tuesday, September 12, voted to allocate only P1,000 to the Commission on Human Rights (CHR) for 2018.

Acting on a motion by SAGIP Representative Rodante Marcoleta, 119 voted in favor of giving the Constitutional body a measly P1,000 for the coming year. 32 legislators, a mix of majority, minority, and opposition members, voted against it.

Based on an initial count by House plenary staff, and video footage from the voting itself, the following lawmakers voted against Marcoleta’s motion to slash the CHR budget:

No official tally of the votes exist on House records.

“There is no such record as voting was by ayes and nays, which was ultimately done with members standing to vote when the nays challenged the ruling of the chair that the ayes had it,” explained Majority Floor Leader and Ilocos Norte 1st district Representative Rodolfo Fariñas.

This does not mean, however, that the CHR is sure to get only P1,000 for the coming fiscal year. The budget will be forwarded to the Senate for another round of deliberations.

If the two houses of Congress have different versions of the proposed budget, they will have to be reconciled through a bicameral conference committee that will consist of representatives of both the House and the Senate.

Not doing its job?

The measly P1,000 budget should not come as a surprise.

No less than House Speaker Pantaleon Alvarez, during committee debates over the proposed CHR budget, said the Constitutional body should get no budget for 2018, citing its supposed failure to perform.

On Monday, September 11, he said the House would be giving the agency a P1,000-budget, insisting that the CHR was not doing its job.

Hours before the House passed the measly budget, the Senate approved the CHR’s proposed budget at the committee level. (READ: Senate committee okays CHR budget for 2018)

The CHR has been the focus of criticism, particularly from President Rodrigo Duterte, following its statements against the ongoing war on drugs.

The Commission has repeatedly expressed concern over deaths linked to the drug war, specifically those which they claim were unjustified. It is still reviewing cases of police kills and homicides with alleged links to the drug trade. – Rappler.com