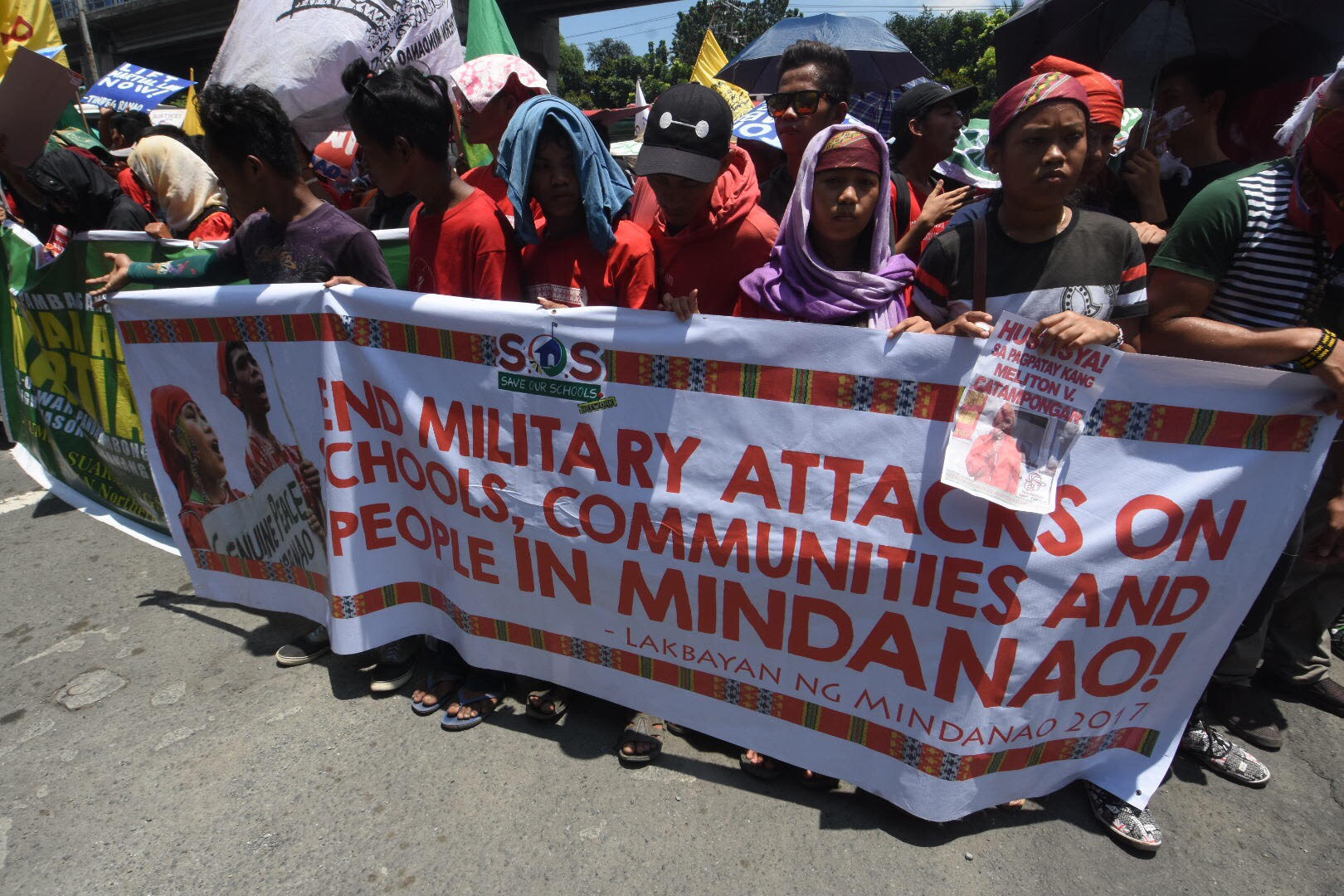 MANILA, Philippines – It wasn’t just the Commission on Human Rights (CHR) that saw its budget slashed to a mere P1,000 during House plenary debates on Tuesday, September 12.

The House of Representatives, during its debate on the proposed 2018 budget, allocated only P1,000 for the National Commission on Indigenous Peoples (NCIP) for 2018.

The move was prompted by Bayan Muna Representative Carlos Zarate, who said the commission has failed to defend the rights of the country’s indigenous peoples.

“On the contrary, the NCIP even, directly or indirectly, facilitated in several instances the violation of the rights of the national minorities,” said Zarate, a member of the Makabayan bloc, a group of progressive organizations in the House.

“We had insisted on the reduction of the NCIP budget in response to the strong clamor of the Lumad and other national minorities, including those from the Sandugo, who are now here in the capital for the ‘Lakbayan,'” said Zarate, whose motion was unopposed during plenary debates.

“More than 2,000 indigenous peoples are here in Metro Manila to echo their plight: the historic neglect of their national minorities, compounded with development aggression and counter-insurgency programs has resulted, and is resulting to ethnocide. They are resolute in the stand to abolish the NCIP and the scrapping of the inutile Indigenous Peoples Rights Act,” he added.

The NCIP’s 2018 budget is not yet final. After the House passes the budget on 3rd and final reading, it is transmitted to the Senate, which is also holding its own deliberations on the budget.

Should the two chambers’ version differ, it will be settled through a bicameral conference committee, composed of representatives from the Senate and the House. (READ: Slides and Ladders: Understand the budget process) – Rappler.com