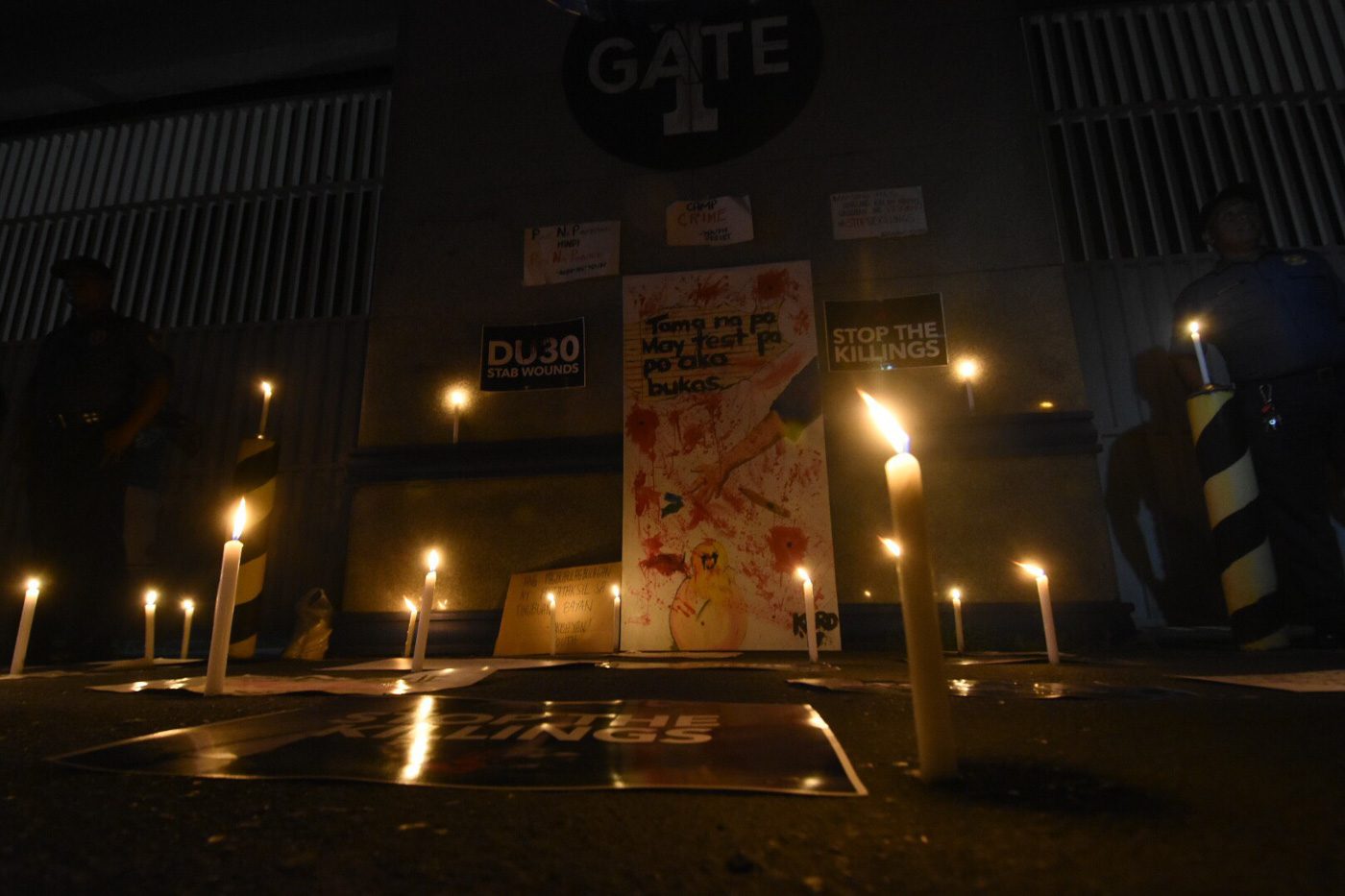 Facebook Twitter Copy URL
Copied
'While we reiterate our support [for] the campaign against illegal drug use, we are appalled at the way such war on drugs is being conducted,' says the National Council of Churches in the Philippines

MANILA, Philippines – The National Council of Churches in the Philippines (NCCP) said it supports President Rodrigo Duterte’s war on drugs, but said the slaughter of drug suspects has to stop.

The NCCP, a huge 54-year-old group of Christian churches, issued this message on Monday, September 11, through a statement titled, “Stop the slaughter! End impunity!”

“While we reiterate our support [for] the campaign against illegal drug use, we are appalled at the way such war on drugs is being conducted. Young people and the poor have become vulnerable to impunity while suspected big-time drug syndicates have their day in court,” the NCCP said.

“The slaughter has to stop. Impunity has to end. Let justice be meted out,” the council added.

The NCCP cited the gruesome deaths of at least 5 teenagers in less than a month:

“It is the kind of news every parent dreads when their children go missing: not only were they found dead but also the gruesome manner of their death. It is murder most foul,” the NCCP said.

“The National Council of Churches in the Philippines condoles with the bereaved families of these young people. We pray that God’s holy comfort overshadow them now and in the days to come,” the group added.

Read the full text of the NCCP statement below:

‘Prayer for the Philippines’

Earlier, the NCCP also released the following prayer for the Philippines.

Read the full text of the NCCP prayer below:

The NCCP lists the following as its members:

The group also includes the following as associate members:

The NCCP in December 2016 already urged President Rodrigo Duterte to stop the killings under his watch.

It is among the growing number of religious groups, including the Catholic Bishops’ Conference of the Philippines, that have called for an end to the drug war killings. – Rappler.com