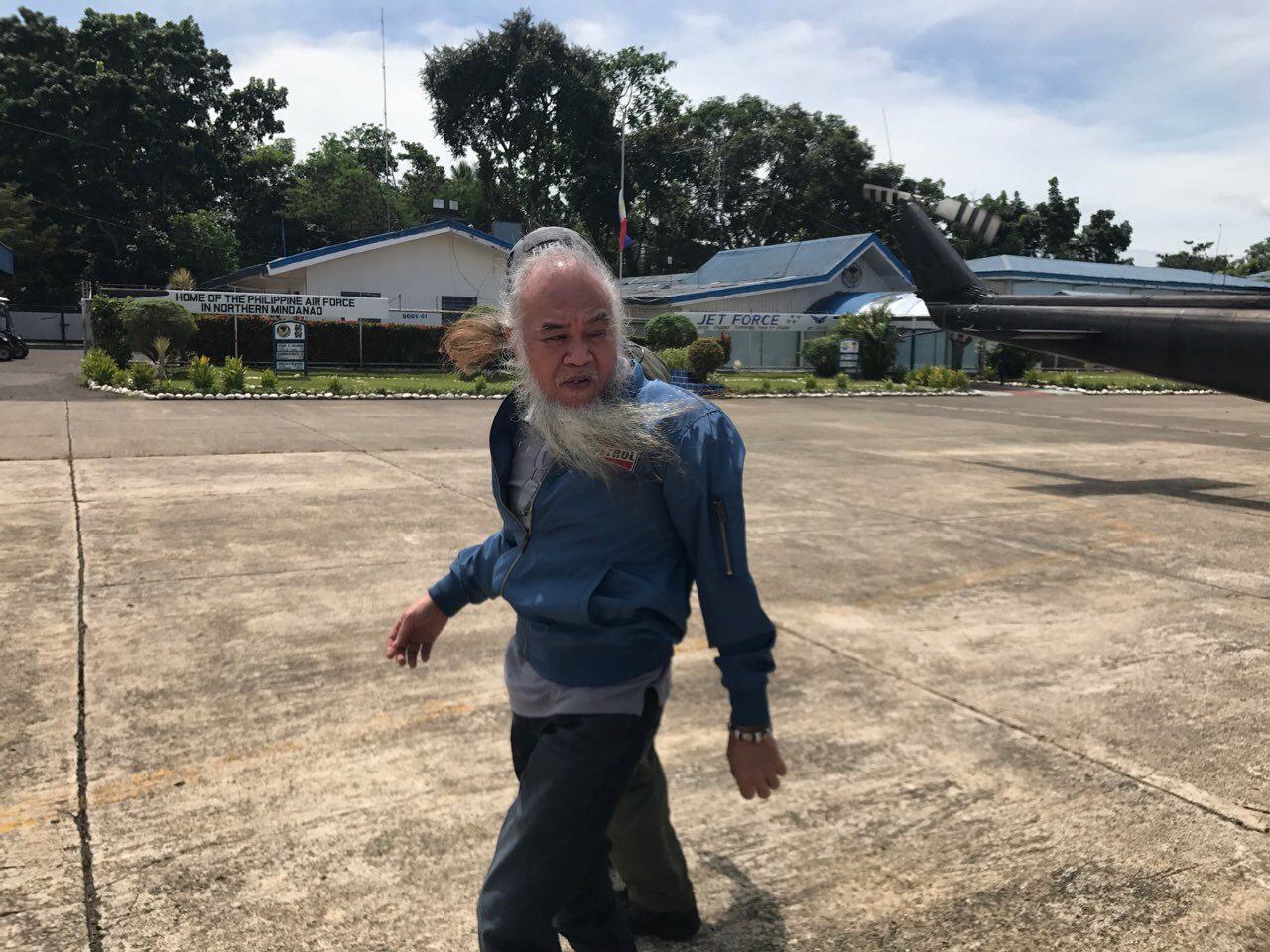 Facebook Twitter Copy URL
Copied
(4th UPDATE) Marawi priest Father Teresito 'Chito' Soganub is rescued along with another hostage near Bato Mosque, one of 3 enemy strongholds that fell into government control over the past days

Chief presidential peace adviser Jesus Dureza shared the successful rescue of Soganub, along with another hostage who has yet to be named, on his Facebook page on Sunday morning, September 17. (READ: Hostage-priest in Marawi often mistaken for Muslim)

In a phone interview with Rappler, Dureza said Soganub was rescued near Bato Mosque, one of the key enemy strongholds that fell into government control in the past days.

Dureza said he was updated by his staff at the Office of the Presidential Adviser on the Peace Process (OPAPP) based in Iligan City.

A source on the ground also confirmed the priest’s rescue to Rappler. The military has yet to issue a statement.

The development comes as the military launched its “final push” in the Marawi battle area after penetrating what it believes to be the final defensive stand of the enemies.

“We urge the remaining terrorists, especially former hostages turned fighters, to endeavor to communicate with the military and surrender while they still have time,” said Armed Forces of the Philippines (AFP) Chief of Staff General Eduardo Año. (READ: Possible surrender by Maute recruits could end war sooner)

Soganub was at the Saint Mary’s Parish when clashes erupted on May 23. Maute fighters attacked the Catholic church and took him along with several church staff as hostages.

A week later, on May 30, he appeared in a propaganda video where he echoed the demands of the terrorists.

The military said the priest had been helping the fighters manufacture improvised explosive devices (IEDs).