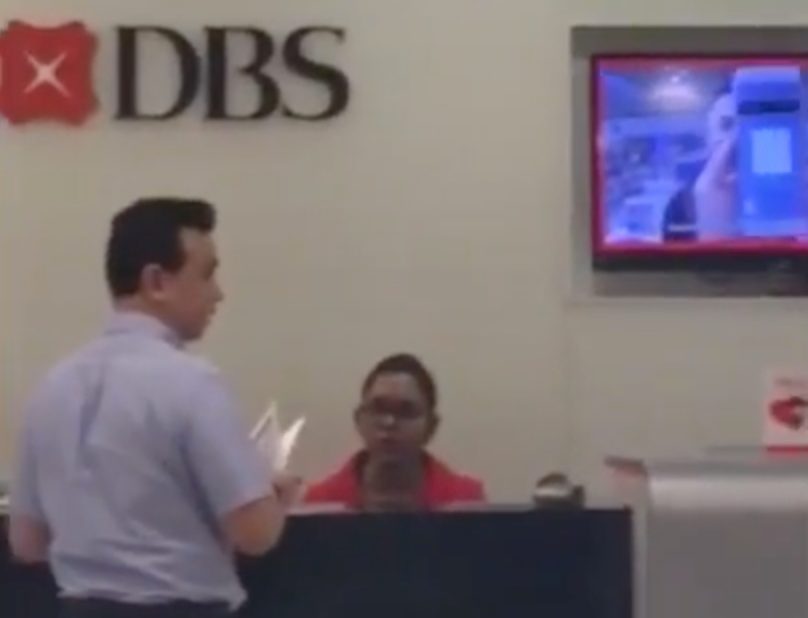 Facebook Twitter Copy URL
Copied
(UPDATED) 'Hongkong Shanghai Bank,' the second bank in Singapore where the senator allegedly has an account, does not exist in the location cited by allies of President Rodrigo Duterte

MANILA, Philippines (UPDATED) – A bank in Singapore said that it has no account belonging to opposition Senator Antonio Trillanes IV or that of the lawmaker’s late father.

Trillanes flew to Singapore on Monday, September 18, to disprove the allegation of President Rodrigo Duterte that he had two bank accounts in Singapore: one in DBS Bank along Alexandra Road and another in “Hongkong Shanghai Bank” in “Raffles Branch.”

On Tuesday morning, September 19, he went to DBS Bank Alexandra Road branch to get a certification that the account alleged by Duterte and his allies was non-existent.

Trillanes presented details of his supposed DBS account numbered 178000296012 to the bank teller.

Duterte earlier said that “DBS account number 178000296012 in Singapore has a balance of 193,000” but did not specify the currency. He also claimed that the account – which he was told, he said, was already closed – was placed under the name of the senator’s late father, Antonio F. Trilllanes.

The bank, however, said Trillanes nor “Antonio F. Trillanes” had no account with them. The bank also refused to give the senator a certification because he was not their client.

(You’re caught, Duterte. You’re lying. About the certification, the bank manager told me they could not give it to me because I am not their client and was never one.)

The senator said he met with the branch manager in a room and said he was asked for the reason of his actions.

(They asked me why I was there. I told them the President of the Philippines has made allegations against me, that’s why I want to disprove it by going to their bank with witnesses.)

Trillanes also went to the Raffles City Tower and showed members of the media trailing him that there is no “Hongkong Shanghai Bank” in the official listing on the ground floor. There was also no Hongkong and Shanghai Banking Corporation Limited, or HSBC.

Documents circulated by pro-administration groups and personalities alleged that the senator opened an account there in July 2013. Aside from Singapore, Duterte alleged that Trillanes has bank accounts with Chinese nationals in Canada and New Zealand.

Trillanes expressed confidence that his visit to Singapore would prove that his other alleged offshore accounts were just manufactured by Duterte and his allies.

(So this means, with the two fake accounts here in Singapore, all those accounts are fake. They just made it. They just invented it. It’s clear.)

Trillanes had consistently denied the allegations and submitted bank secrecy waivers to the Anti-Money Laundering Council and the Office of the Ombudsman to scrutinize his local and foreign bank accounts.

The AMLC has confirmed receipt of Trillanes’ waiver and is set on evaluating the documents.

During the 2016 campaign, Trillanes accused Duterte and his family of having billions of pesos in secret bank accounts and challenged him to sign a waiver.

Trillanes reiterated his challenge to Duterte but the President had strongly refused to sign a bank secrecy waiver. – Rappler.com