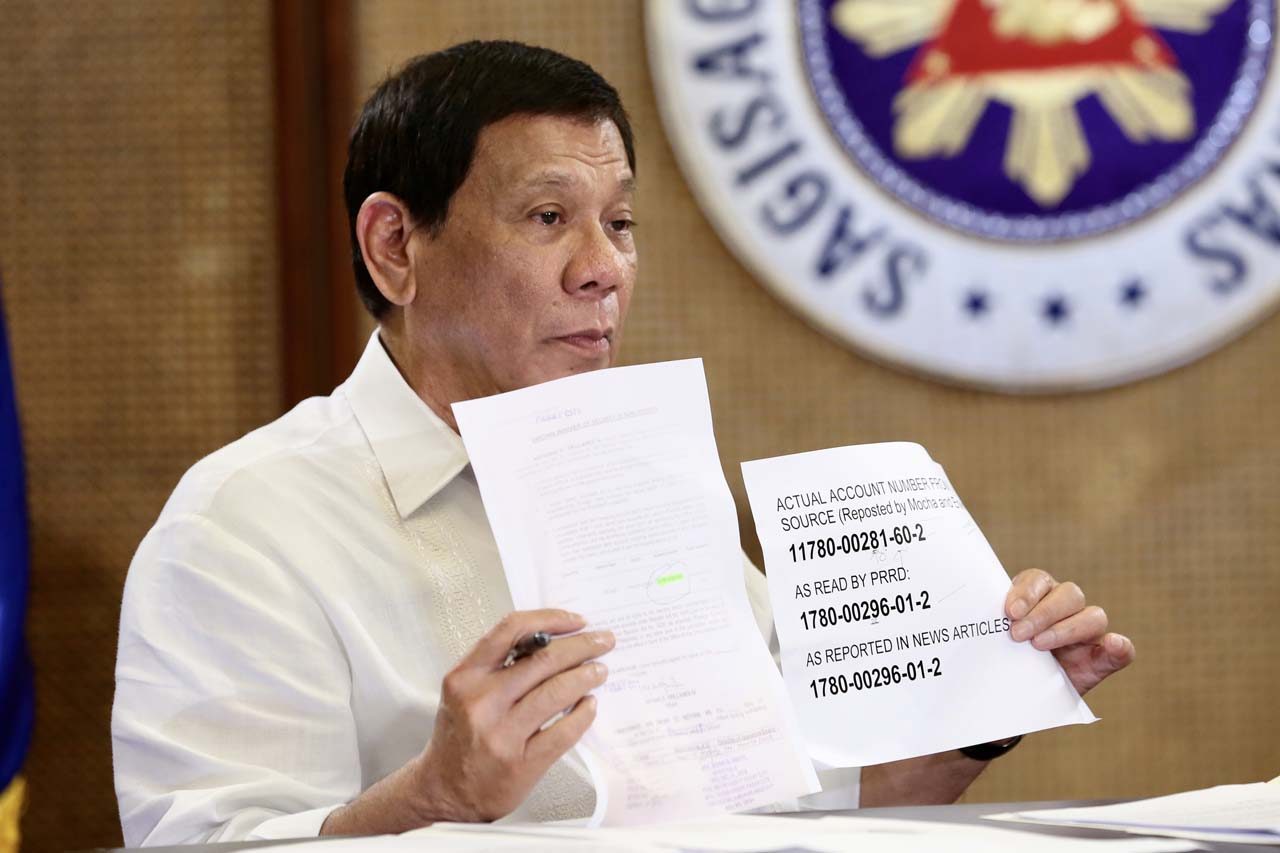 (That number I invented, son of a bitch, that’s mine, I made it up.)

The President made fun of how Trillanes was tricked into using that made-up number in his request for a bank certification earlier that day.

In his last PTV interview, Duterte claimed Trillanes has an account with DBS Bank in Singapore with the account number “178000296012” which he claimed has a balance of 193,000, though he did not specify the currency.

Duterte said this number was invented since he decided to omit a few numbers from the actual bank account number in the document supposedly containing information from another government about Trillanes’ hidden wealth.

“Binasa ko, binawasan ko ng number. Wala ito, imbento lang (I read it and decided to remove some numbers. This is nothing, just a made-up figure),” he said.

The “correct” number, he said, was the one found in repostings of Presidential Communications Assistant Secretary Mocha Uson and read out by Tulfo – “1178000281602.”

The senator supposedly used the President’s made-up number when he asked DBS for certification. Duterte claims this proves Trillanes is “lying.”

Asked why he gave a fake bank account number during a public interview, Duterte said he wanted to “catch” Trillanes doing something dishonest.

(It’s a good thing he confessed to lying. To begin with, he won on propaganda and lies. I hope our countrymen are more enlightened now that Duterte has duped and continues to dupe them.)

In the interview, the President also claimed Trillanes kept flying to Singapore in September, though he did not specify the year. He also said the senator has accounts in other Singapore banks.

He gave assurances he would come up with the “right” bank account numbers soon.