Martial law will be lifted after clearing operations in Marawi – Duterte 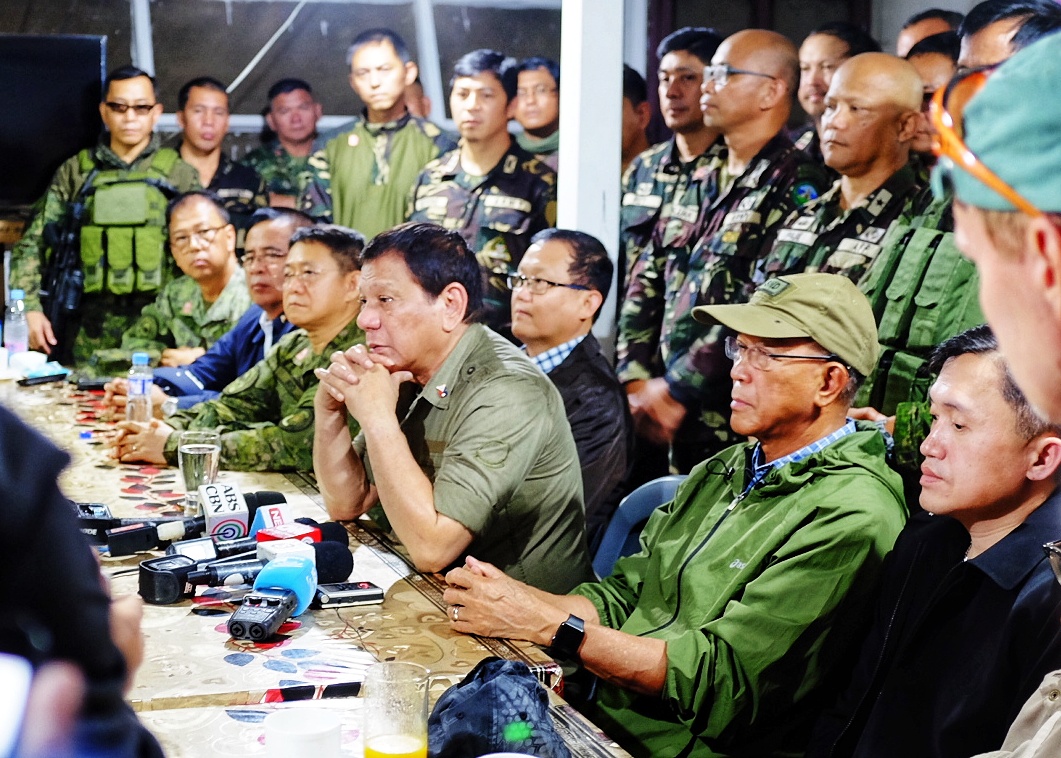 LANAO DEL SUR, Philippines (UPDATED) – On his 5th visit to Marawi, President Rodrigo Duterte said martial law in Mindanao will be lifted as soon as the military clearing operations in Marawi is done.

“It will lifted anytime after things are all ready. There’s a clean up. It doesn’t end with the physcial fighting. There’s much to be done [like] getting rid of the remaining explosives which are planted along the way,” said Duterte on Thursday afternoon, September 21.

“The catch word is when it’s safe here in Mindanao there is no spillage of men. As long as it remains manageable and the police can take care of it,” Duterte said.

The military said the war with local terror groups linked with Islamic State (ISIS) will no longer take long. But after the fighting, the military said it will have to clear the buildings of improvised explosive devices (IEDs), dead bodies, and disease-causing virus among others before it will allow residents to go back to their homes.

Duterte said he allowed government forces to search every house in Marawi.

“The military is under orders to clean the place. Before we leave, every gun and every shabu inside the house will be taken out and the owners prosecutored. Explain to me why you have so many guns, and explain why you have shabu, or why you have a lot of money,” said Duterte.

Duterte declared martial law in Mindanao when clashes with local armed group linked with international terrorist network Islamic State (ISIS) eruped in Marawi on May 23. The clashes rage on nearly 4 months since.

His visit to Marawi on Thursday coincided with the 45th anniversary of the declaration of martial law by the late President Ferdinand Marcos.