Supreme Court asked to order probe into all EJK cases

Sep 23, 2017 12:36 AM PHT
Rambo Talabong
Facebook Twitter Copy URL
Copied
According to the petitioners – all human rights lawyers – current efforts to investigate a few of the thousands of deaths have not provided justice to the families 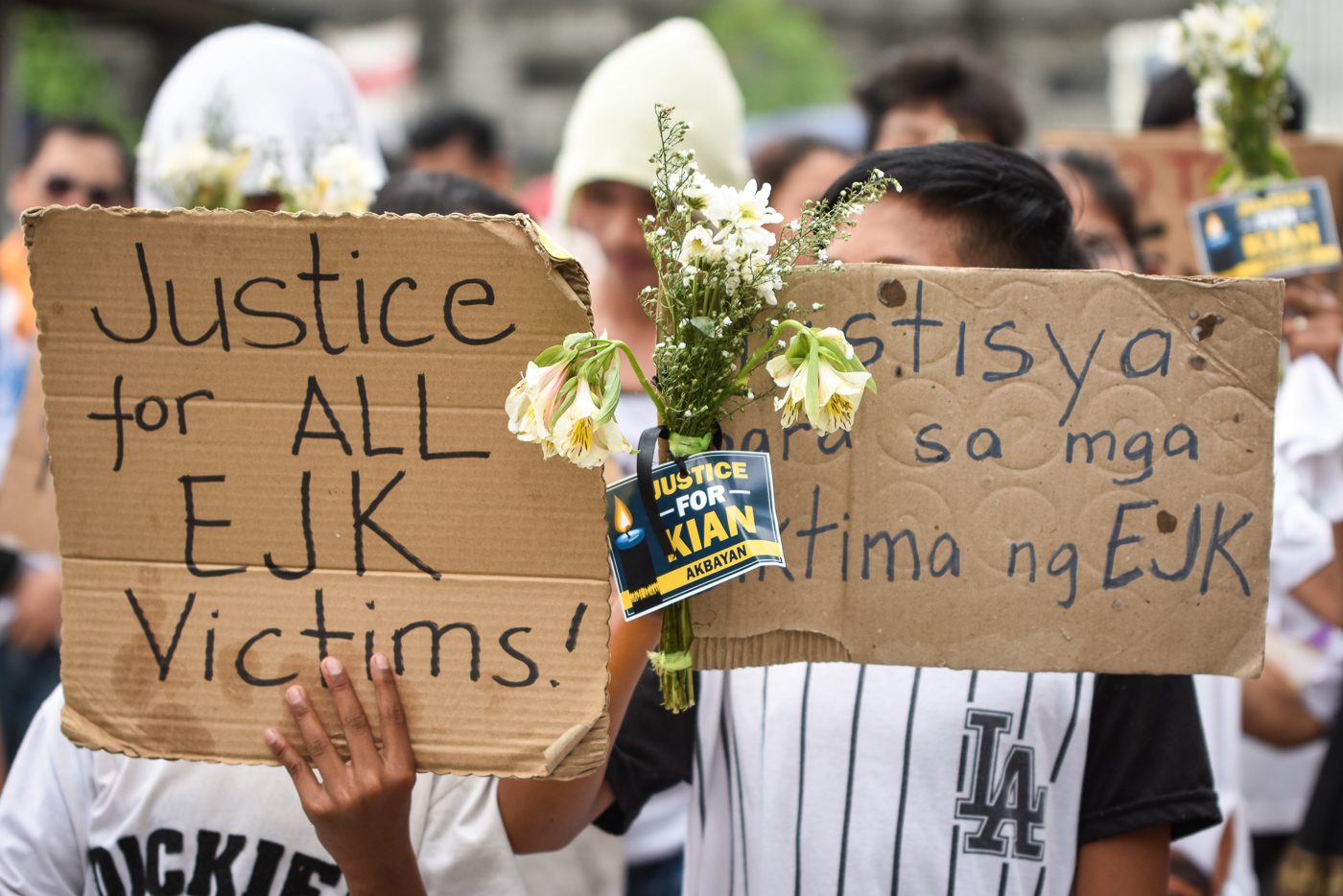 MANILA, Philippines – Human rights lawyers on Friday, September 22, asked the Supreme Court (SC) to order the heads of the Philippine National Police (PNP), the Commission on Human Rights (CHR), and the Department of Justice (DOJ) to “investigate all cases of extrajudicial killing and arbitrary executions,” which have reached several thousands in a year.

In a 34-page petition for mandamus, the lawyers said PNP chief Ronald dela Rosa, CHR Chairman Chito Gascon, and DOJ Secretary Vitaliano Aguirre II should be compelled to look into all these killings whether the perpetrators are with government or not, and regardless of whether these are linked to the government’s campaign against illegal drugs.

A petition for mandamus is a request filed with the SC asking for an order (mandamus) to subordinate courts, corporations, or public officials to do their duty.

In the introductory statement of their petition, the lawyers said the “killings of thousands of Filipinos” cast doubt on the government’s “ability to enforce its laws,” particularly in recognizing the right to life. (READ: In the PH drug war, it’s likely EJK when…)

According to the latest tally of the Philippine Drug Enforcement Agency (PDEA), there were 3,811 drug suspects killed in police operations from July 1, 2016, to August 29, 2017.

Outside police operations, the PNP earlier said that from July 1, 2016, to August 15, 2017, there were at least 2,187 persons killed for drug-related motives. (READ: Except for killings, all crimes drop in Duterte’s 1st year)

Human rights groups, however, estimate that there have been 13,000 killings related to the drug war.

Of these cases, the CHR has only started investigations into about 800, while the DOJ says prosecutors across the country have filed only 19 cases in court.

Investigations have been further delayed as President Rodrigo Duterte ordered the PNP not to share case files with human rights investigators without his clearance.

These investigations so far, according to the petitioners, have not been “genuine” as they have been “unproductive,” thus no accused cops have been put to jail. (READ: Impunity Series)