Duterte takes swipe at leftists: ‘I don’t get them’ 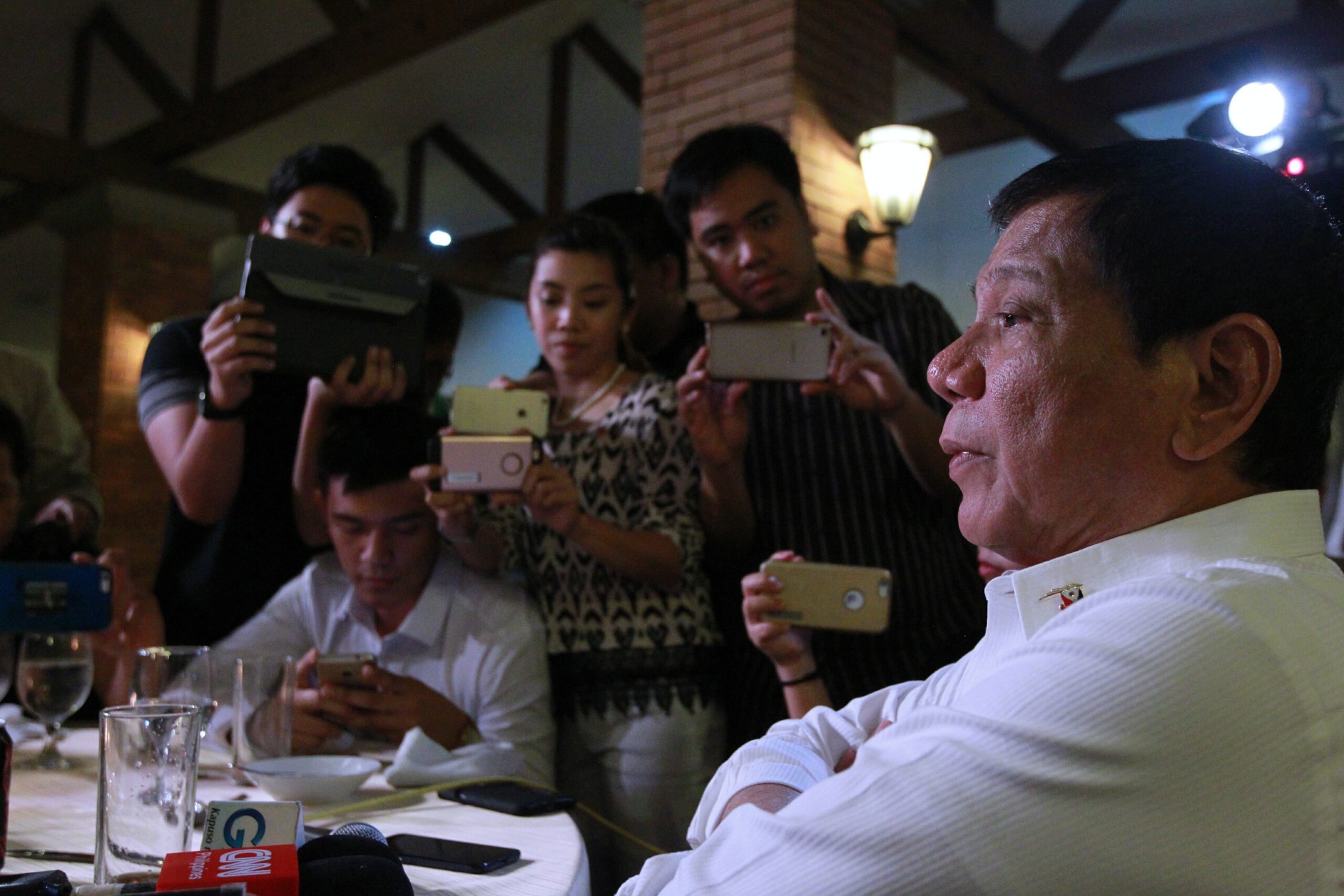 Facebook Twitter Copy URL
Copied
'You are not a leftist or a socialist if you do not go against government by force of arms. That's what I don't like about them,' says the President

DAVAO CITY, Philippines – President Rodrigo Duterte on Saturday, September 23, took a swipe at left-wing activists, saying that the problem with them is that “I don’t get them.”

“You are not a leftist or a socialist if you do not go against government by force of arms. That’s what I don’t like about them. They insist on armed revolution but that’s something I cannot accept.”

Duterte made these remarks after thousands of Filipinos, including leftists, mounted protests in different parts of the country on Thursday, September 21, to mark the declaration of Martial Law 45 years ago.

At Mendiola was an effigy, which mimicked the 3-D combination puzzle Rubik’s Cube, showing the face of the President, which could be matched with the images of Marcos, German dictator Adolf Hitler, and a puppet.

They claim that Duterte is no different from Marcos who seems to be bent on “marching towards the path of dictatorship.”

Responding to them, the President said he has never had any problem with the Left, “pero sumosobra ang mga gago eh (but the fools have gone too far).”

“Akala nila kanila ako (They thought I’m theirs),” he added.

When he was serving as mayor for Davao City, Duterte had a cordial relationship with the Left.

During his dinner with the media here at Matina Enclaves, he mentioned that he has attended to more than 30 releases of prisoners of war held captive by the New People’s Army.

“Now, they should understand that I’m already the president,” he said.

Previously, the Makabayan bloc in the House of Representatives on Thursday, September 14, announced they were leaving the majority bloc.

During his candidacy, President Duterte declared himself the only leftist and socialist presidential candidate. Early on, he promised peace talks with communists and allowed the National Democratic Front (NDF) to nominate possible appointees to key Cabinet positions. – Rappler.com