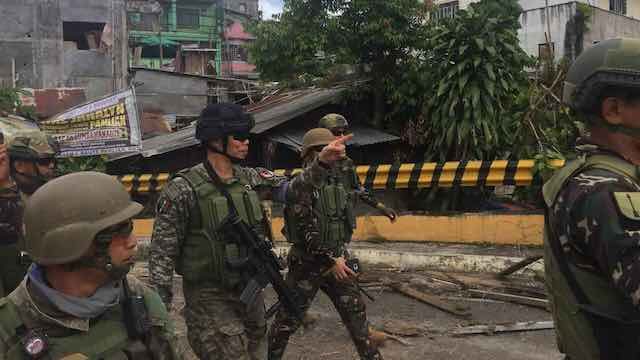 “At 10 am today, September 24, 2017, Major Generals Rolando Bautista and Danilo Pamonag, commander of the Joint Task Force Marawi and commander of the Joint Special Operations Task Force Trident, respectively, crossed for the first time since the start of the Marawi siege, the Bayabao Bridge and the Masiu Bridge,” said Task Group Ranao deputy commander Colonel Romeo Brawner in a statement on Sunday.

It was a symbolic march of victory over the hard-fought bridges, strongholds that the Philippine Marines were assigned to retake.

The military continues to call on the local terror groups to release the remaining hostages and surrender. – Rappler.com