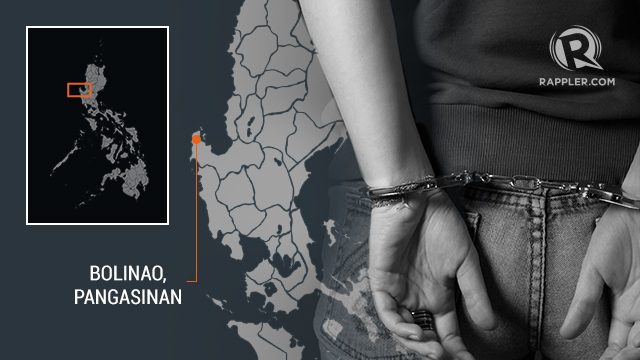 CAGAYAN DE ORO, Philippines (4th UPDATE) – Two Vietnamese fishermen were killed while 5 others were arrested on Saturday, September 23, in an incident with the Philippine Navy in the West Philippine Sea (South China Sea).

Lieutenant Jose Covarrubias, spokesman of the Naval Forces Northern Luzon, said the bodies of the two Vietnamese nationals were found aboard a foreign fishing vessel that trespassed into Philippine waters to illegally fish inside the country’s exclusive economic zone (EEZ).

According to the police spot report, the incident happened at around 11:30 pm on Saturday. Some 49 members of the Philippine Navy were onboard BRP Miguel Malvar, about 34 nautical miles from the town of Bolinao in Pangasinan, when they saw 6 sets of lights, prompting them to respond.

As the BRP Miguel Malvar approached, the nearest Vietnamese vessel turned off its lights and sped off, starting a chase. Despite repeated calls through band radio and megaphones, the Vietnamese vessel did not stop.

The Philippine Navy resorted to firing warning shots. Still, the vessel “refused to yield and tried to escape.”

At that point, Philippine Navy men were able to board the Vietnamese boat, where they found the bodies of the two fishermen.

They reached the Sual Wharf in Barangay Poblacion, Sual, Pangasinan at about 2 am on Sunday, September 24.

An initial investigation by the Philippine Navy, Philippine National Police (PNP), and the Bureau of Immigration (BI) found that the Vietnamese vessel originally had a 7-member crew. The 5 surviving crew members were identified as the following:

The two fatalities who died of gunshot wounds were identified as Le Van Liem and Le Van Reo. Le Van Liem was shot on the chin, chest, and back, while Le Van Reo was shot at the back of his left ear.

The Vietnamese vessel was also hit 6 times. Inside, investigators found 5 pieces of big yellowfin tuna weighing 250 kilograms (kg), and a sack of dried squid weighing about 50 kg, worth a total of around P78,000.

There were no contraband found in the vessel.

At the United Nations Headquarters in New York, Philippine Foreign Secretary Alan Peter Cayetano assured Vietnamese Deputy Prime Minister and Foreign Minister Pham Binh Minh that there would be a “fair and thorough investigation” into the incident. – Rappler.com