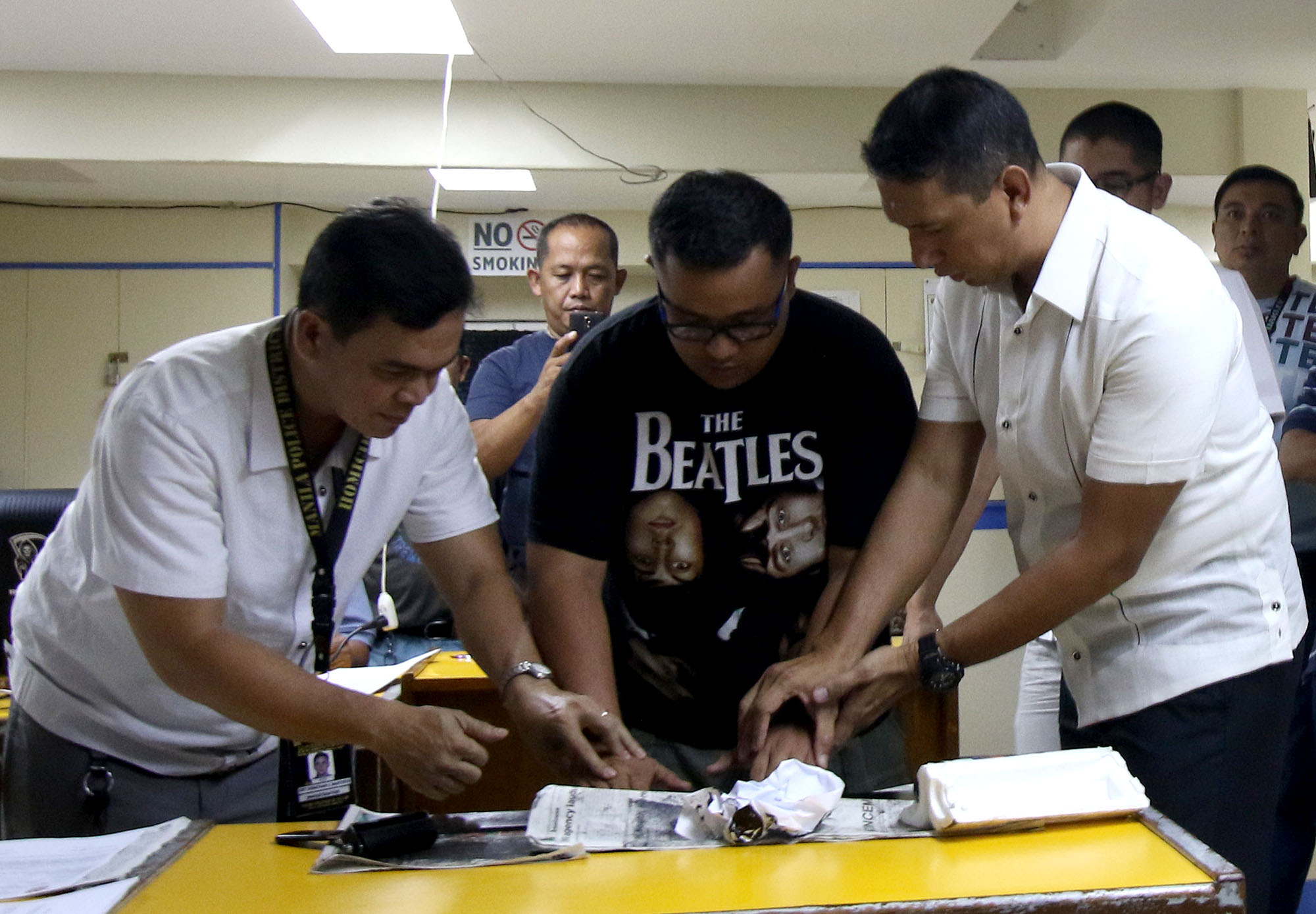 MANILA, Philippines (UPDATED) – The Manila Police District (MPD) on Monday, September 25, filed complaints of murder, perjury, obstruction of justice, and robbery against John Paul Solano, a primary suspect in the hazing that led to the death of University of Santo Tomas law student Horacio Castillo III.

During the inquest proceedings at the Department of Justice (DOJ), Solano, through his lawyer Paterno Esmaquel Sr, in turn filed an Omnibus Motion to stop the preliminary investigation into the case since his motion to dismiss the complaint has yet to be resolved.

Aside from seeking the immediate dismissal of the charges, Solano also sought his release from MPD custody, saying his detention has no legal basis.

The following also face complaints of murder and violation of the Anti-Hazing Law:

Not informed of accusation

Solano argued that the murder complaint against him should be dismissed outright since the complex crime of murder and violation of the Anti Hazing Law does not exist.

“Sad to say, however, there can be no complex crime if one offense is punished by a special law since both offenses must be defined and punished by the same statute,” Solano’s motion read.

Solano pointed out that his surrender to the MPD – as arranged by Senator Panfilo Lacson – showed his willingness to answer accusations against him in relation to Castillo’s death. He insisted, however, that he should have been properly informed of the kinds of complaints to be filed against him.

He reiterated his that he is entitled to the right to a regular preliminary investigation: “Every person is entitled to due process and the same cannot be dispensed with for the simple reason that it is the basic right duly enshrined in our Constitution.”

Since the murder complaint filed against him by the MPD has no legal basis, Solano told the DOJ he was revoking the waiver of detention he executed on Friday, September 22. His continued detention will be in violation of Article 125 of the Revised Penal Code, he said.

Solano also said the supposed false testimony he gave to the police the first time they questioned him at the hospital about Castillo’s case should not be used against him because it was not done under oath.

“Thus, there is no offense of false testimony and/or perjury to speak of in this case,” Solano’s motion read.

The 27-year-old Solano earlier claimed he just found Castillo’s body on a pavement in Balut, Tondo, and brought him to the hospital. For deliberately witholding information from the police, particularly his being a member of Aegis Juris fraternity, and lying about finding Castillo’s body, the police named Solano a principal suspect in the case.

On Friday, Solano apologized in front of the media for giving the false statement. “First and foremost, I would like to apologize for giving a false statement to the family of Atio [Castillo] and also for the death of their son. I would shed light on this matter through my attorney. They are preparing a statement for me,” he said. – with a report from Eloisa Lopez/Rappler