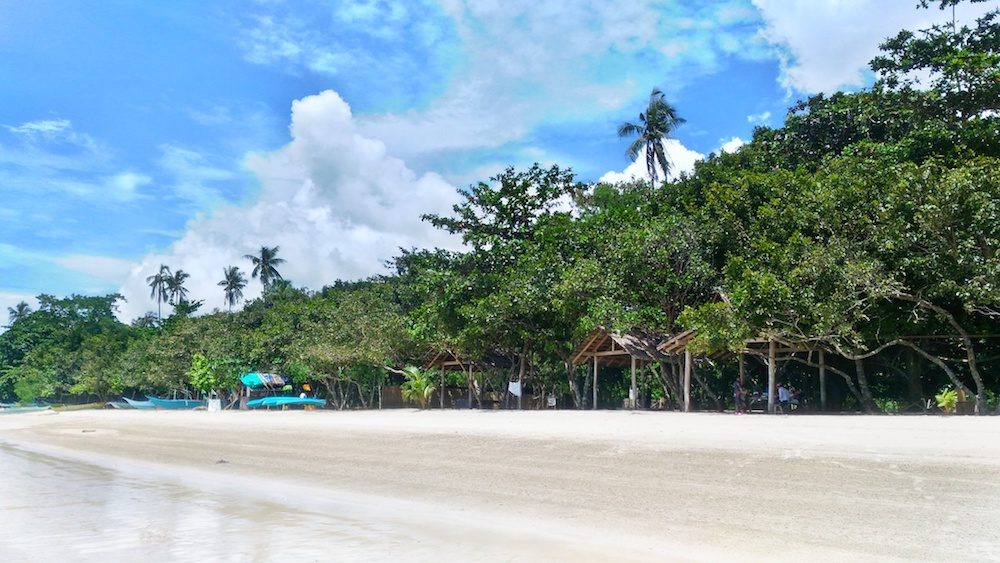 PALAWAN, Philippines – The management of Ayala-owned Lio Tourism Estate says residents of Barangay Villa Libertad, El Nido still have access to the public beach in front of its newly-opened resort, dismissing accusations that the people have lost access to it.

“It’s not accurate to say that they don’t have access to the beach,” said Mariglo Laririt, company’s sustainability director. “I think it’s a perception issue more than a real issue that can be resolved through constant communication and trust.”

While the upscale resort is a private property, she said there are two access roads that people can freely use to reach the public beach.

“This is for everybody and local people can go there for recreation purposes,” she said.

But since the roads pass through Lio’s 325-hectare property, the management has placed security guards that check every passerby.

“It’s a standard procedure in which everyone is stopped at the gate for security reasons. Even the company owner and the staff undergo the same procedure,” she added.

The issue has stemmed from a recent complaint reaching the Provincial Board’s Environment Committee.

Board Member Winston Arzaga, in his Palawan News column article not a month ago, said they have been asked by local officials to help resolve the issue with the said ecotourism estate opened in March 2017.

“The cause of it all is the access of local fishermen to their traditional fishing grounds which the Ayala management had somehow restricted,” Arzaga said.

Laririt said the issue was not new and had since been addressed through a memorandum of agreement (MOA) inked in May 2014 by the representatives from Lio Tourism Estate and the local community.

The sustainability director added it was “borne out of numerous negotiations” aimed at addressing the needs of both parties. “In fact, if you’re a fisherman, you won’t be stopped [by the management] and can still go here,” she said.

A terrorist alert in the past months, meanwhile, has pushed the management to become stricter, while still allowing local people to get in.

“As Lio Tourism Estate grows, there lies a need for security, considering all the advisories we’ve been getting. And that strictness is for the general welfare,” Laririt said.

All was well – until the MOA was put to a test.

Laririt referred to an incident when a group of intoxicated locals got into a brawl which almost triggered a gunfight.

“In our agreement, you can hold a beach party. But after that, where do you dispose your trash? Who are the people you’ve invited and what’s their behavior? What do they do after getting intoxicated by alcohol?”

It was during that period, she said, some of the community members seemed to forget the agreement, raising concern over the security of their guest and putting the reputation of the company at stake.

But Laririt said breaking off is not an option. Earlier this month, they sat down with the barangay officials to discuss again the issue.

“The barangay wants a binding agreement. On our part, we’re looking for flexibility that will allow us in redefining our masterplan without breaking our commitment to the community, that they will still have access and services they really need,” she said.

She added that the company will continue negotiating with the community even with the absence of the barangay captain who was shot dead in an anti-logging operation two weeks ago.

“The long-term solution is to keep talking, keep the conversation going. We cannot afford to stop discussing these things until both parties gained each other’s trust,” she said. – Rappler.com