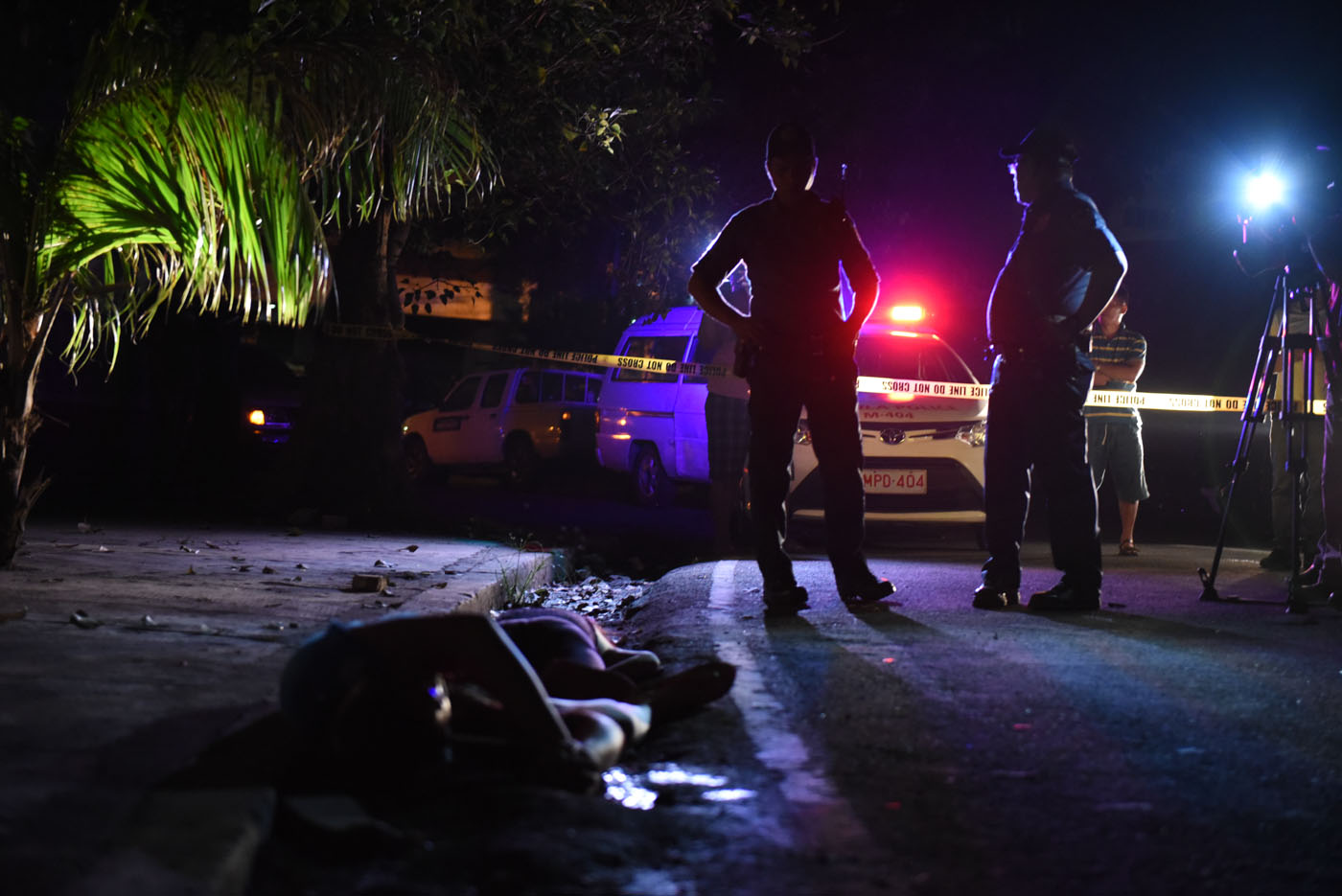 MANILA, Philippines (UPDATED) – Did they really fight back (“nanlaban”)?

As President Rodrigo Duterte’s war on drugs hits its 15th month, more Filipinos have expressed disbelief that many of those killed in police operations fought back, according to a survey from the Social Weather Stations (SWS).

The survey was conducted from June 23 to 26, with the results released on Wednesday, September 27.

The SWS asked respondents whether they agree or not with this statement: “Marami sa mga pinatay ng mga pulis sa kampanya laban sa ilegal na droga ay hindi totoong nanlaban sa pulis (Many of those killed by police in the anti-drug campaign did not really fight back during police operations).”

The survey involved 300 respondents each from Metro Manila, the rest of Luzon, the Visayas, and Mindanao. Error margins for national percentages is at ±3% and ±6% for regional percentages.

The SWS said the survey was not commissioned. (READ: Shoot to kill? Duterte’s statements on killing drug users)

Are the drug lists accurate?

Police usually source the list of suspected drug personalities in an area from local officials themselves. After the initial list is submitted by officials, typically those from the barangay, it is expected to be validated by police intelligence units.

In the drug war, however, police have been accused of making mistakes in these lists.

Over half of the survey respondents said they don’t believe that most of those killed were actually drug personalities. (READ: PNP on anti-drugs ops: Thousands of deaths, only 10 inquest reports)

In the poll, 17% said they strongly agree with the statement, 32% somewhat agree, 11% strongly disagree, and 13% somewhat disagree. The rest were undecided.

Similar to the previous question, it was respondents from Metro Manila who agreed more that suspects in the anti-drug operations were not really drug dealers. Around 58% in Metro Manila agreed with the statement, 47% in the rest of Luzon, 52% in the Visayas, and 45% in Mindanao.

Finally, those surveyed were asked if they believe the drug war was being used to eliminate personal enemies. The SWS asked: “Marami ang nagsisinungaling at itinuturo ang kanilang mga personal na kaaway bilang drug user/pusher para mabigyang dahilan na patayin ang mga taong ito ng mga pulis o vigilante (Many are lying and pointing to their personal enemies as drug users or pushers in order to give an excuse for these people to be killed by police or vigilantes).”

Half of those surveyed agreed with the statement, with the most again coming from Metro Manila (63%). Agreement in other regions is as follows: 51% in Mindanao, 50% in the rest of Luzon, and 42% in the Visayas.

Human Rights Watch, which earlier released a report saying police were planting evidence and faking post-operation reports, said it was not surprised by the results of the survey.

“Police claims that the victims fought back – hence forcing the police to shoot them down – were thoroughly debunked in most of the cases Human Rights Watch documented,” said the group’s deputy Asia director Phelim Kine in a statement.

He added: “What’s needed now is for concerned Filipinos to add their voices in support of Human Rights Watch’s call for a United Nations-led investigation into the ‘drug war’ as a means to end the slaughter and provide accountability for the victims.”

In a statement, Presidential Spokesperson Ernesto Abella cast doubt on the results of the SWS survey, saying it asked “leading and pointed questions.”

“It seems the 2nd Quarter Social Weather Stations (SWS) Survey contains leading and pointed questions that may have unduly influenced the answers of respondents,” Abella said.

“We expect pollsters to exercise prudence and objectivity to arrive at a closer approximation of public sentiment,” he added. – Rappler.com