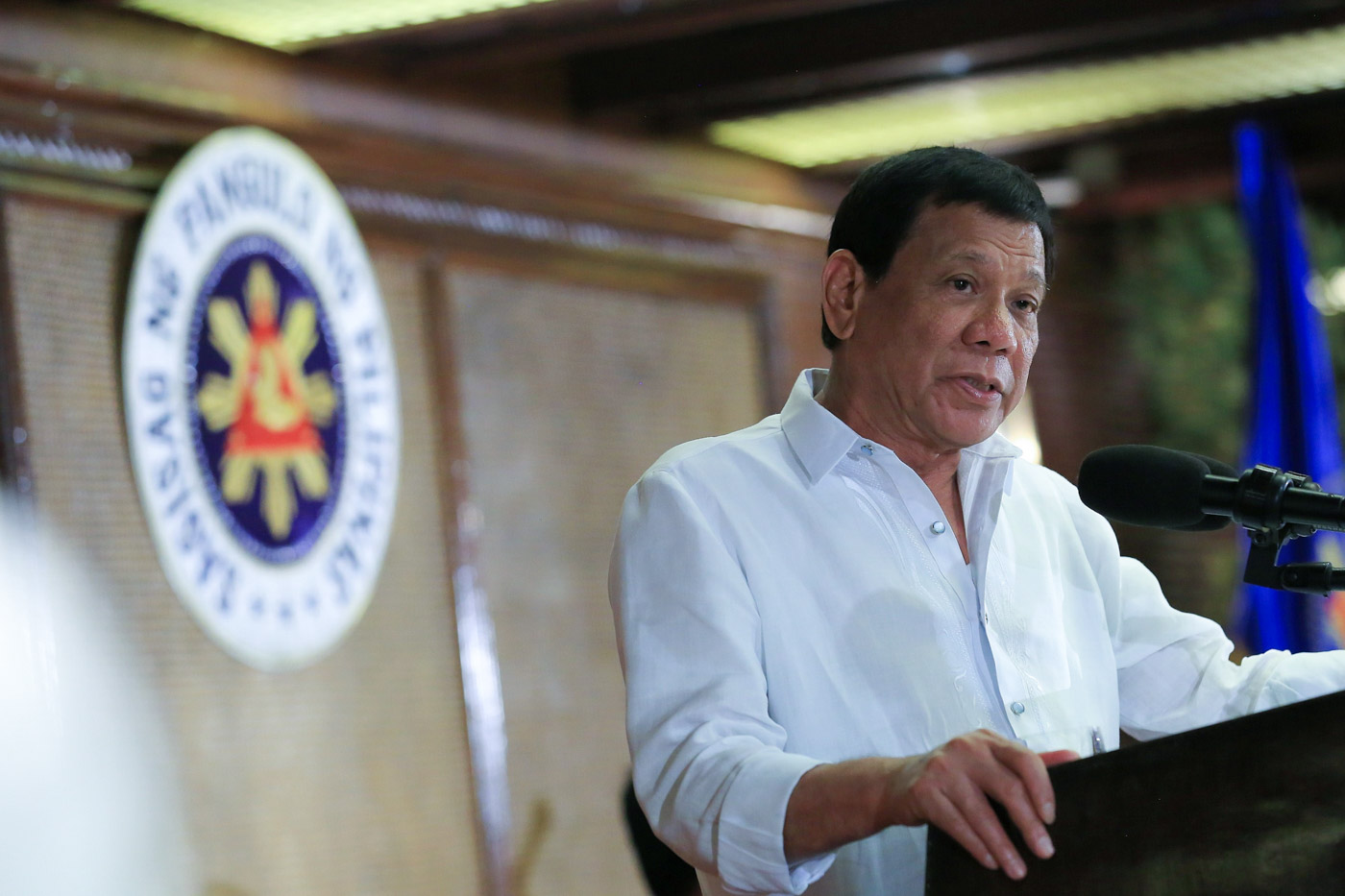 MANILA, Philippines (UPDATED) – President Rodrigo Duterte pushed for the impeachment of Ombudsman Conchita Carpio Morales after her agency said it was investigating the Duterte family’s wealth.

“We will file an impeachment case against her, and I would tend to believe that she was part of the conspiracy,” Duterte said in an impromptu press conference on Wednesday, October 4.

Duterte said “selective justice” and the “use of falsified documents” would form part of the impeachment case against Morales.

Duterte earlier threatened to investigate the Office of the Ombudsman after the agency said bank transactions of the President and his family through the years totaled more than P1 billion ($19.63 million).

“In the end they will discover to their sorrow there is no such amount,” the President said.

The Chief Executive made the statement just a few hours after Solicitor General Jose Calida said Overall Deputy Ombudsman Arthur Carandang is criminally liable for violating the money laundering act, and that the Ombudsman was equally liable for her deputy’s actions. – Rappler.com