Facebook Twitter Copy URL
Copied
In Nueva Vizcaya, Salubris Medical Center is seen as 'a hospital of the masses'

NUEVA VIZCAYA, Philippines – Quality healthcare is just for the rich? Not in the newest hospital at the heart of Solano, Nueva Vizcaya.

This is because even common folk – local farmers, caregivers, and teachers – invested their money to help build the Salubris Medical Center.

In turn, the investors and their beneficiaries are to receive discounts in medical services once the hospital is fully operational. In 2005, they sought  to build a private hospital that provides quality medical services to the poor.

“We wanted the hospital to be a community-based hospital. We want to involve the masses, so that the hospital will become a hospital of the masses, of the community. That’s why we tried to ask people to invest,” said Damasco, Salubris chairman and chief executive officer.

Among Salubris’ investors are retired teacher Abelaida de Guzman and caregiver Adela Umingle, both residents of Nueva Vizcaya. Both have one share each in the hospital after they invested P200,000 in the last two years.

“They showed us the documents containing the plans for Salubris. Their explanation was excellent. I was convinced to invest because of the benefits,” said De Guzman in Filipino when asked why she made the investment. 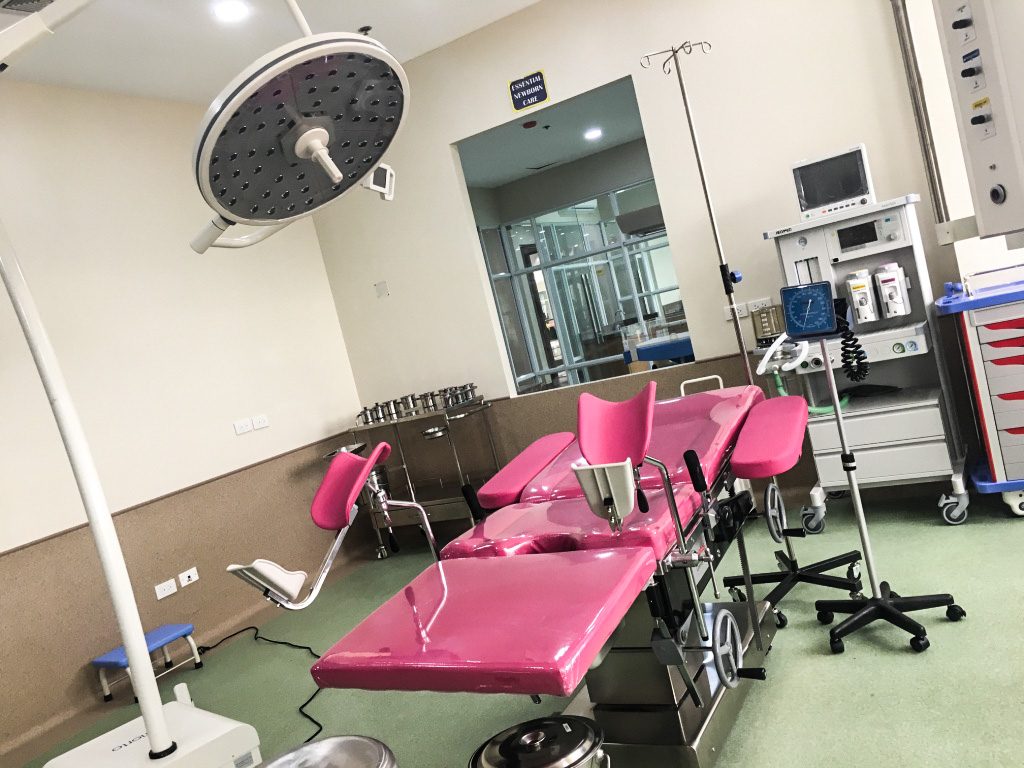 Umingle believes her investment was worth it because she and her relatives will soon have access to quality healthcare near their home.

“It’s better for me to just go here instead of going to Manila, which is very far away. The equipment is already complete,” she said in FIlipino.

All in all, Salubris’ founders were able to raise around P350 million to build the hospital, which took almost 12 years to complete. (READ: You can’t reduce poverty without a strong public health care system)

Salubris boasts of state-of-the art facilities, including 133 beds, 10 glass-walled rooms in its intensive care unit, operating rooms dedicated for eye surgeries, orthopedic cases, and general surgery, as well as a health spa, gym, and sauna in its wellness center. Its operating rooms are the only ones in the province that has a positive pressure and laminar flow, meaning the clean air inside stays in the room without contamination.

Salubris is also the only hospital in Nueva Vizcaya that has specialty units for highly specialized services, including a heart station, electromyography, electroencephalography, and other services related to cardiology, neurology, ophthalmology, and otorhinolaryngology.

‘Hospital of the masses’

The hospital was inaugurated on Saturday, October 7, and its board is eyeing the end of the year to secure their license to operate from the Department of Health.

No less than Vice President Leni Robredo, who had praised Salubris’ founders for involving the community in building the hospital, attended the inauguration. “That’s why we’re trying to reverse that notion that private hospital is only for the rich. Because one of the mission of our Salubris is to have a value-based and compassionate health services to all. Meaning to say, you have to get the worth of your money,” said Damasco.

Valdez, Salubris medical director, said the hospital’s services will be affordable for the poor residents not just in Nueva Vizcaya but also Ifugao, Quirino, Mountain Province, and southern Isabela.

“The room rate, of course, is the most common that would be known by the patient. And it is the reason why they would consider to come here. Our wards are less than P1,000. I think it is even cheaper if you compare that to other private hospitals,” said Valdez.

“Our semi-private is very competitive, in the sense that it is only P1,400 per day… A private room is comparable with our government hospital here, which is only P2,000,” he added. “Here, we trained, we equipped our personnel to be compassionate… They should respect the dignity of any patient, whether they are coming from the lower marginalized population or the community. They have to be treated fairly like the wealthy and the affluent,” he said. – Rappler.com