No extrajudicial killings in PH? World ‘not fooled,’ says HRW 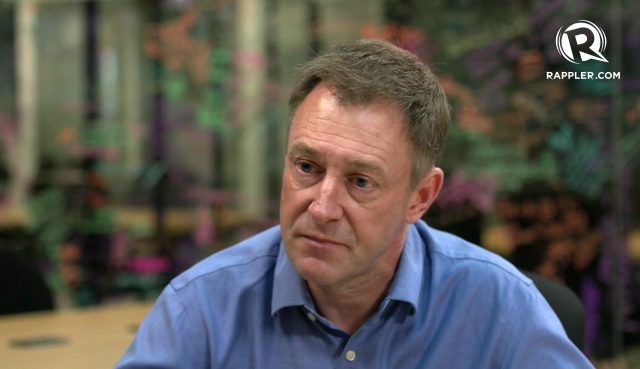 In an interview with Rappler, HRW Geneva director John Fisher emphasized that the Duterte administration cannot just say that extrajudicial killings do not exist by limiting the definition.

“The fact is that there have been thousands of reported deaths in the Philippines in the context of the so-called war on drugs. The government cannot just define these bodies out of existence through the application of some legal term,” HRW Geneva director John Fisher told Rappler.

The latest official data show at least 3,850 people have been killed in police operations while at least 2,290 others were killed mostly by vigilantes. (READ: CHR: Death toll in drug war higher than what gov’t suggests)

Despite these huge numbers, the Philippine National Police (PNP), on Friday, October 6, said there has been “officially no case” of extrajudicial killing since July 2016.

In identifying extrajudicial killings, the PNP said it used the definition stated under Administrative Order 35 issued by the Aquino administration.

Extrajudicial killings are defined in the order as committed by “state and non-state forces” to silence, “through violence and intimidation, legitimate dissent and opposition raised by members of the civil society, cause-oriented groups, political movements, people’s and non-governmental organizations, and by ordinary citizens.”

An extrajudicial killing, he added, refers to the “killing of a person by government authorities without sanction of judicial proceeding or legal process.”

“It is very, very clear that when somebody is killed and in the context of police operations, there is no judicial process, no legal process, there aren’t arrests or charges. It is just a killing that’s taking place outside of the legal process,” Fisher explained, adding that the concept is not complicated.

The Commission on Human Rights (CHR) previously stated that it has always adhered to international guidelines and that the definition used during the Aquino administration was based on what was happening at that time.

In a recent statement, meanwhile, the CHR said limiting the definition would “discount killings that are also perpetrated by state agents and non-state actors that remain uninvestigated.” (READ: CHR hits PNP’s limited definition of extrajudicial killings) This is not the first time that the government has said there are no extrajudicial killings in the Philippines.

During the Universal Periodic Review (UPR) on September 22, the Philippine delegation insisted that the deaths from police operations “are not extrajudicial killings,” and rejected calls by United Nations (UN) member-states to conduct a thorough and impartial probe into the drug war deaths.

For HRW, the recent statements of the Philippine government show it is “seeking to evade its international responsibilities to uphold human rights.”

“[Their] responses to the UPR process made it very clear that they simply won’t accept the extent or scope of the problem or the problem even exists, let alone putting processes to try and identify those responsible or bring these human rights violations to an end,” Fisher said.

“So it’s inevitable, I think, that they will use national definition or legal tricks or semantic techniques to avoid responsibility for the deaths that are taking place.”

The Philippines’ move to reject the calls during the UPR led to criticism. Iceland and nearly 40 states at the UN slammed the “climate of impunity” in the country.

According to Fisher, who was present during the review held in Geneva, Switzerland, the growing outrage against Duterte’s drug war shows that the international community cannot be forced into believing the claim that there are no extrajudicial killings in the Philippines.

“The international community is not fooled by the government’s assertion that the killings perpetrated in the name of the so-called war on drugs don’t constitute extrajudicial killings,” Fisher said.

“They need to be accountable [for] these deaths.” – Rappler.com