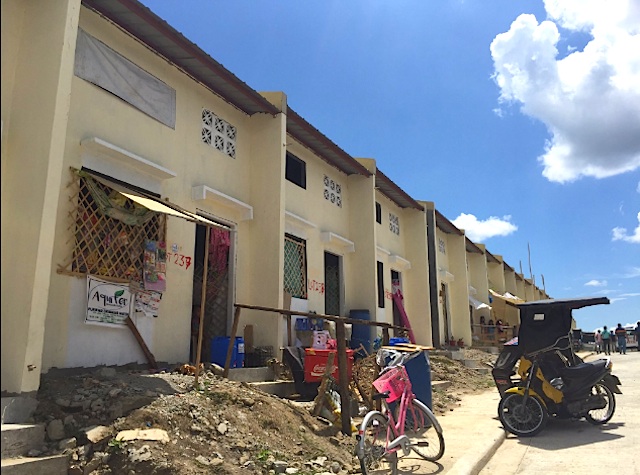 MANILA, Philippines – Senate Minority Leader Franklin Drilon expressed alarm over the huge decline in the 2018 budget for the housing sector – from P15.3 billion in 2017 down to P4.5 billion – calling it “criminal neglect.”

The proposed allocation for the sector in 2018 is its lowest budget in a decade.

Drilon proposed that the 2017 budget of the sector be restored for next year, saying the additional allocation could be drawn from the multibillion-peso intelligence funds of the administration.

He also warned that the existing 1.2-million housing backlog this year could balloon to 6 million by 2022, if not addressed.

“This is criminal neglect, because the housing sector plays a very important role in our society… With that kind of a backlog, why are we not providing enough resources to our housing sector?” Drilon told reporters in an interview on Tuesday, October 10, on the sidelines of the Senate deliberations on the proposed budget of the Housing and Urban Development Coordinating Council (HUDCC).

Drilon said the government should prioritize the housing sector because it has a “multiplier effect” on the economy.

Senator Joseph Victor Ejercito, who sponsored the budget of the HUDCC, shares the same view.

“If we do not address that, 172,000 lang ang production eh. So at the rate we are going, we won’t be able to address the backlog. It will create more social problems. Sana ma-retain lang ‘yung last year’s budget,” Ejercito said.

(If we do not address that, our production would only be 172,000. So at the rate we are going, we won’t be able to address the backlog. It will create more social problems. I just hope last year’s budget will be retained.)

Drilon said the intelligence funds of the government, amounting to billions of pesos, could be the source of the additional allocation for the housing sector.

Drilon vowed to fight for the housing sector’s budget, but said it is ultimately up to the Senate majority to make it happen.

The Office of the President has proposed P1.25 billion each for confidential and intelligence expenses.

Opposition senators earlier questioned the granting of P900 million for the PNP for its conduct of the drug war, which has already killed thousands. – Rappler.com