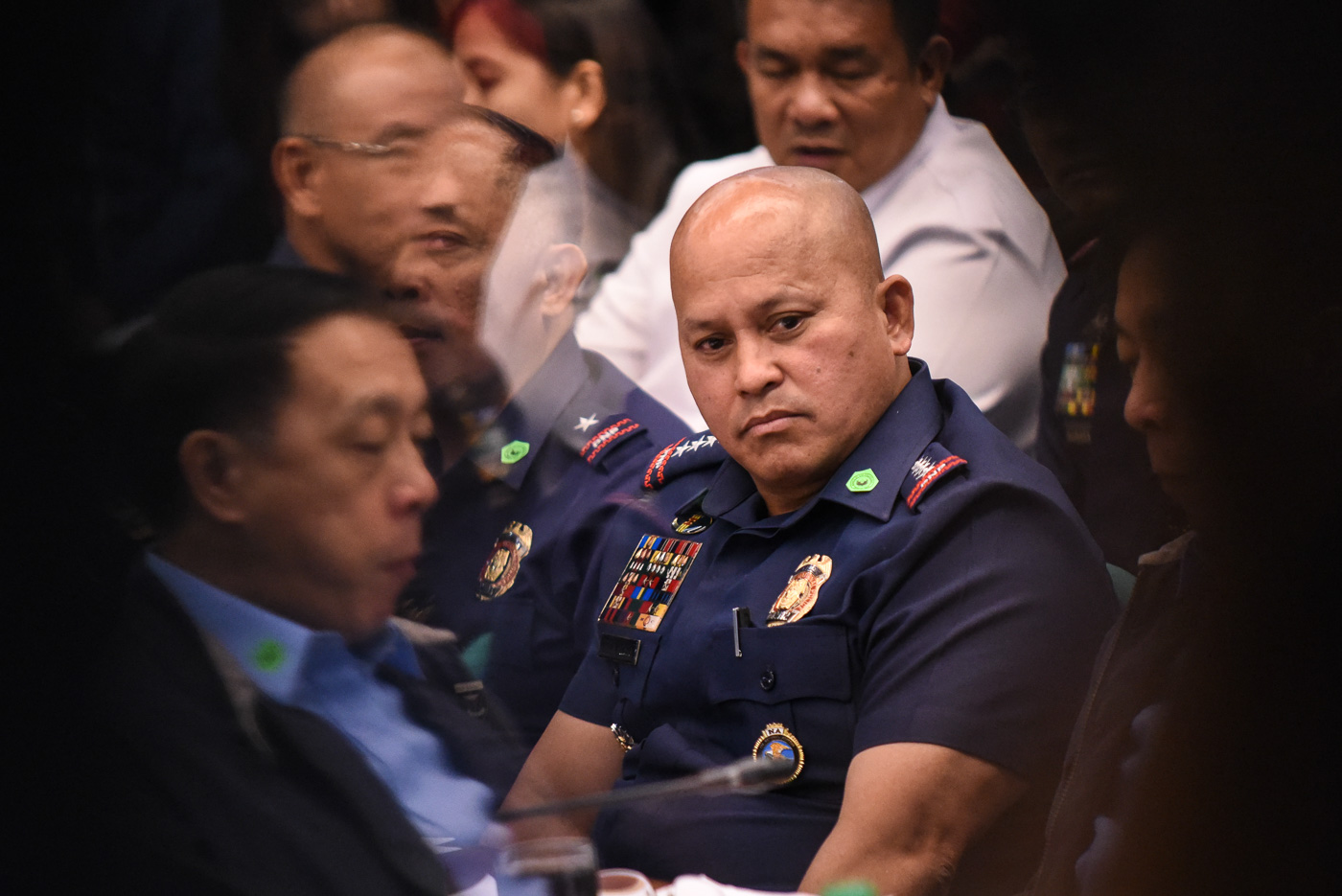 (Those riding-in-tandem [shooters], brace yourselves. We will come at you. Go ahead and keep on shooting. I will ask my policemen to focus on you.)

This follows President Rodrigo Duterte’s  orders to the PNP and other agencies to leave the drug war to the Philippine Drug Enforcement Agency (PDEA), an order which Dela Rosa welcomed.

According to the top cop, riding-in-tandem shooters have tainted the reputation of the PNP not just by threatening public safety, but also by getting the public to believe that police themselves ride in tandem and shoot civilians.

Riding-in-tandem executions are characterized by helmeted men riding motorcycles to get near to their targets, kill, then swiftly escape.

Dela Rosa said that their break from the drug war will now give them more time to track shoot-and-escape assailants.

“Wala kaming war on drugs, hands off kami. Kayo proproject-in namin. Bantay kayo,” Dela Rosa said. (We now don’t have a war on drugs. We’re hands off. We will have you as our project. Brace yourselves.)

It is unclear how many riding-in-tandem incidents have occurred nationwide. Rappler has sought data from the PNP, but officers explained they do not count such incidents.

The PNP tallies all as killings, regardless if they were done inside homes or in the streets. Despite the elusive number, the controversy that the crime has brought to the PNP is undeniable.

No less than Senate President Aquilino Pimentel III slammed the PNP because of a riding-in-tandem killing which targeted Puerto Galera Councilor Melchor Arago and his 15-year-old son.

Before Arago, Pasay City Councilor Borbie Rivera was also gunned down by assailants riding a motorcycle at SM Southmall, causing a Saturday evening panic for shoppers.

Aside from officials, there has been a number of cases where ordinary citizens were killed by riding assailants. Just in August, Dasmariñas City implemented a no-helmet policy after a series of shootings in the city supposedly done by men in motorcycles.

There have also been cases where drug suspects were killed by men riding motorcycles. (READ: Impunity: The Night Before Christmas)

The PNP has so far been responded to these incidents through their checkpoint and patrol operations. It is still unclear, however, how the police will put the brakes on the motorcycle-riding criminals. – Rappler.com