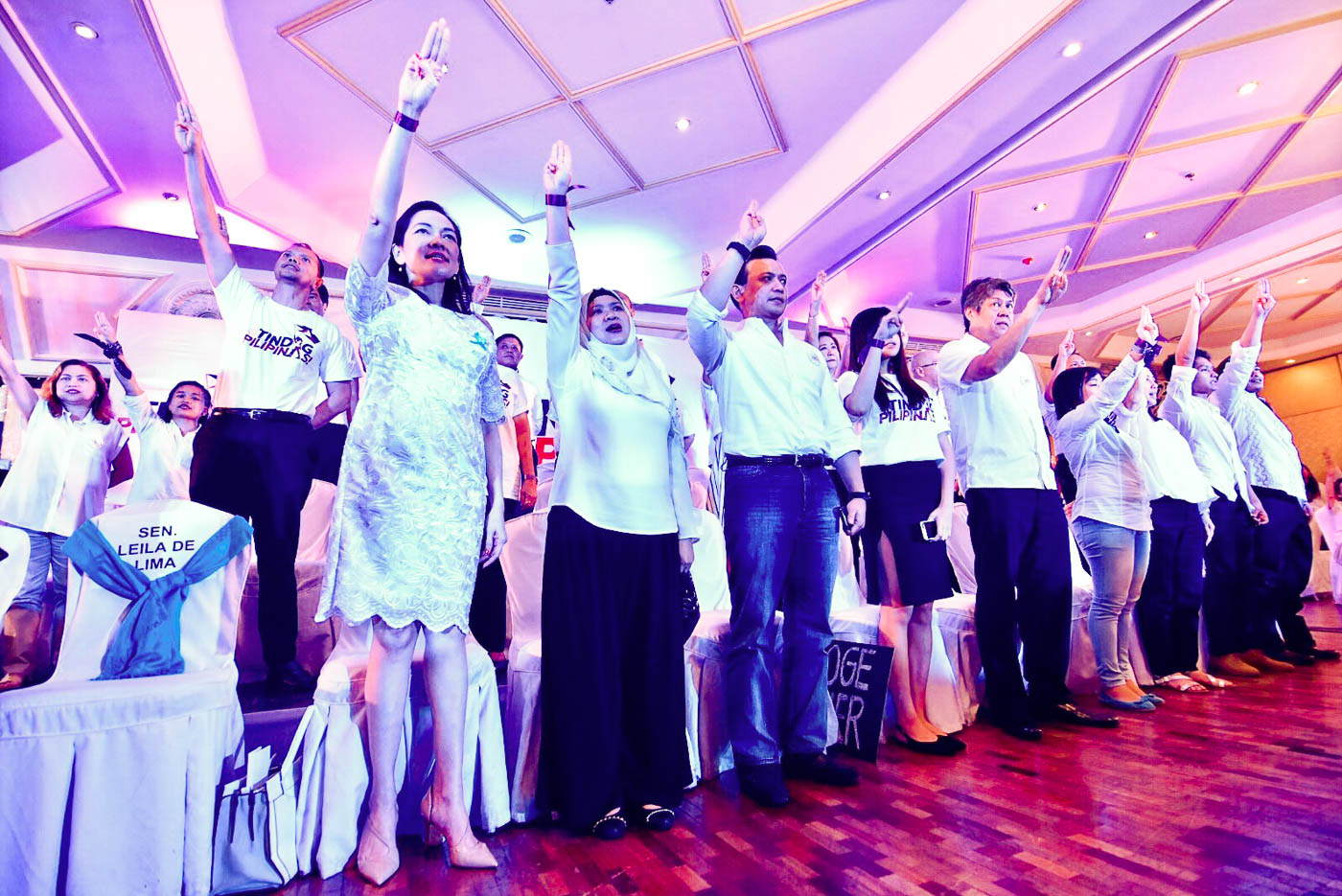 DAVAO CITY, Philippines – The daughter of President Rodrigo Duterte took to social media to call out 3 opposition senators who asked help from her family during past campaign seasons.

She said Pangilinan once met her father at a golf club in Davao City, to tell him of his desire to run for president. “With Sharon’s indorsement (sic) and your (PRD) indorsement, I’m sure I can make it,” she quoted Pangilinan as saying.

The mayor said Trillanes, through his emissary, requested to meet her in Davao City “years ago,” but she turned it down because she disliked the senator since the Manila Peninsula siege in late 2007.

Just as her father had claimed and Trillanes himself had confirmed, Duterte-Carpio said Trillanes met with Duterte during the last campaign period and asked for his help in his vice presidential bid.

She also criticized Hontiveros who, she said, “badgered” her many times to ask for Davao City votes when the mayor took part in Byaheng Du30 or the campaign caravan of her father. “I can remember your bored face listening to me in our law office so you can get support for Davao,” she said in the post.

Duterte-Carpio explained that the claims she wrote in her post were based on personal knowledge, and that she had “corroborative witnesses.” She criticized the senators for “using” her father whenever it was convenient for them, this time in preparation for the 2022 elections.

In the same post, Duterte-Carpio said she reserved comment on Vice President Leni Robredo, chairperson of the Liberal Party, since Robredo said she was not part of Tindig Pilipinas. (READ: New anti-Duterte coalition calls for end to ‘nightmare’)

The mayor called the new anti-Duterte movement “Hunger Games Pilipinas,” apparently because the Tindig Pilipinas members – which counts the 3 senators – have adopted the 3-finger salute used by the rebels against the totalitarian government in the Hunger Games trilogy.

The senators and others in Tindig Pilipinas have criticized Duterte’s policies, especially his controversial drug war, but said that they were not calling for his ouster.

In response, Trillanes said that when he asked for Duterte’s help during the campaign, he did not know then that the President “is a killer and a thief” but things were different now.

(Things are different now. I know the truth. Didn’t Sara Duterte consider that it’s far easier to be an opportunist by being a blind follower of Duterte than going against him?)‬

Hontiveros said her opposition to some of Duterte’s policies “is a matter of service, of consistency and of principle, and the defense of the rule of law and human rights.”‬

In another statement, Pangilinan acknowledged the help of the Dutertes in his election and said he had also helped Davao through projects for the province when he served the Senate.

He said in Filipino that his “duty to the country and fellow Filipinos outweigh any friendship.” – With reports from Camille Elemia/Rappler.com