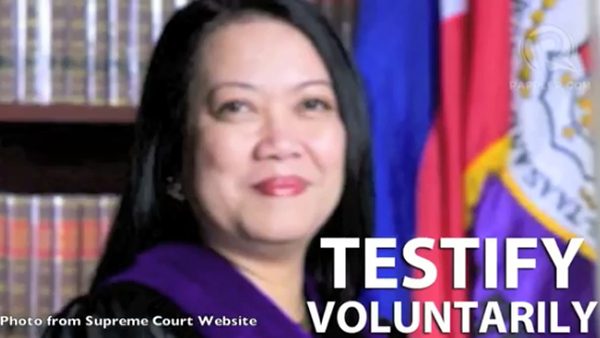 This is the second week the impeachment trial is focusing on what Justice Sereno wrote in her dissenting opinion on the TRO of former President Gloria Arroyo.  Last week, Justice Secretary Leila de Lima talked about what Sereno wrote, sparking a debate about “hearsay.” On Monday, the senator-judges discussed asking Sereno to testify but decided, instead, to leave it to the prosecution to ask her.  It’s a tricky issue bringing up questions about which branch of government has more power over another.

The big question: will Sereno testify?

Read it on Rappler.