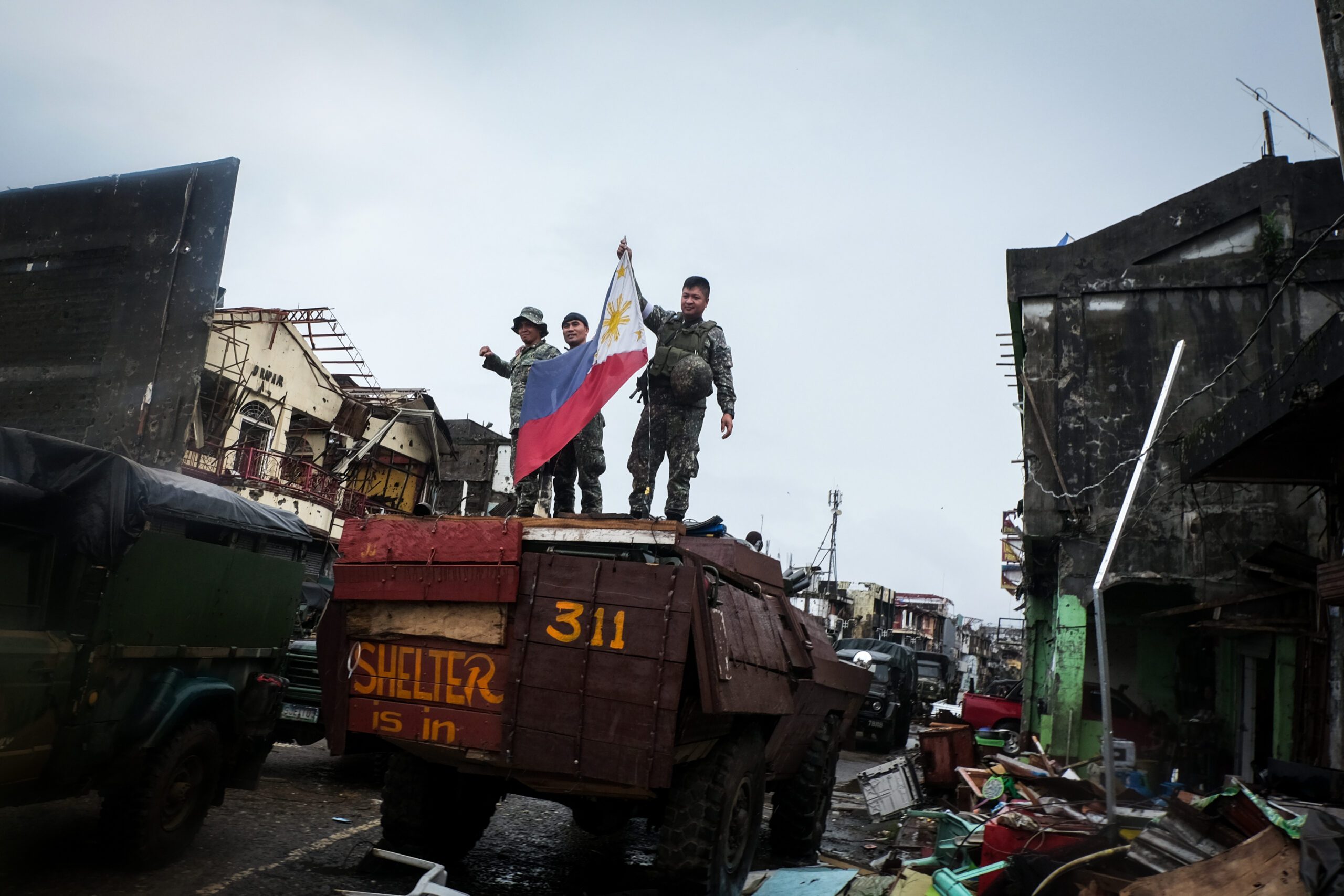 MANILA, Philippines – The Armed Forces of the Philippines (AFP) said on Sunday, October 22 that the war in Marawi City will be over before this month ends, as government troops close in on the last remaining 5 building held by enemies.

(Developments in the battle area differ from time to time, but I guarantee this will be done, I can say that this will not reach November, that’s for sure.)

Padilla said that the Task Force Marawi led by Brigadier General Danilo Pamonag was still clearing the 5 buildings located in a half-hectare area.

Padilla said there are still around 10 hostages left inside the battle zone, and that troops are still pursuing two foreign terrorists.

(We are closely monitoring, we’re waiting for General Pamonag to give us a signal once they have closed in on the last armed element.)

Padilla said the remaining enemies refuse to surrender and are still fighting intensely with government troops.

Padilla said the armed forces remain proactive in the event that terrorists plan a retaliation.

Though some soldiers have been allowed to go home to spend some time with their family after an intense 5-month battle in Marawi City, Padilla said the military has enough force to guard other vulnerable areas such as Lanao, Sulu, Basilan and Tawi-Tawi.

(You can trust that we will update the public know through the media, especially the latest development which will indicate that we have truly taken back Marawi.)

President Rodrigo Duterte declared the liberation of Marawi City on Tuesday, October 17, after the troops were able to neutralize top targets Isnilon Hapilon and Omar Maute.

The 5-month-long war was triggered by a military raid on Hapilon. Over a thousand people died, and many more displaced due to the war.

The Office of Civil Defense said rehabilitation will begin as soon as the military declares the city is cleared of bombs. Displaced residents will then be assisted into moving back to their homes, if still intact.

A site is also ready in Barangay Sagonsongan in Marawi for transition shelters. – Rappler.com