Duterte tells public to prepare for ‘any eventuality’ amid terrorism 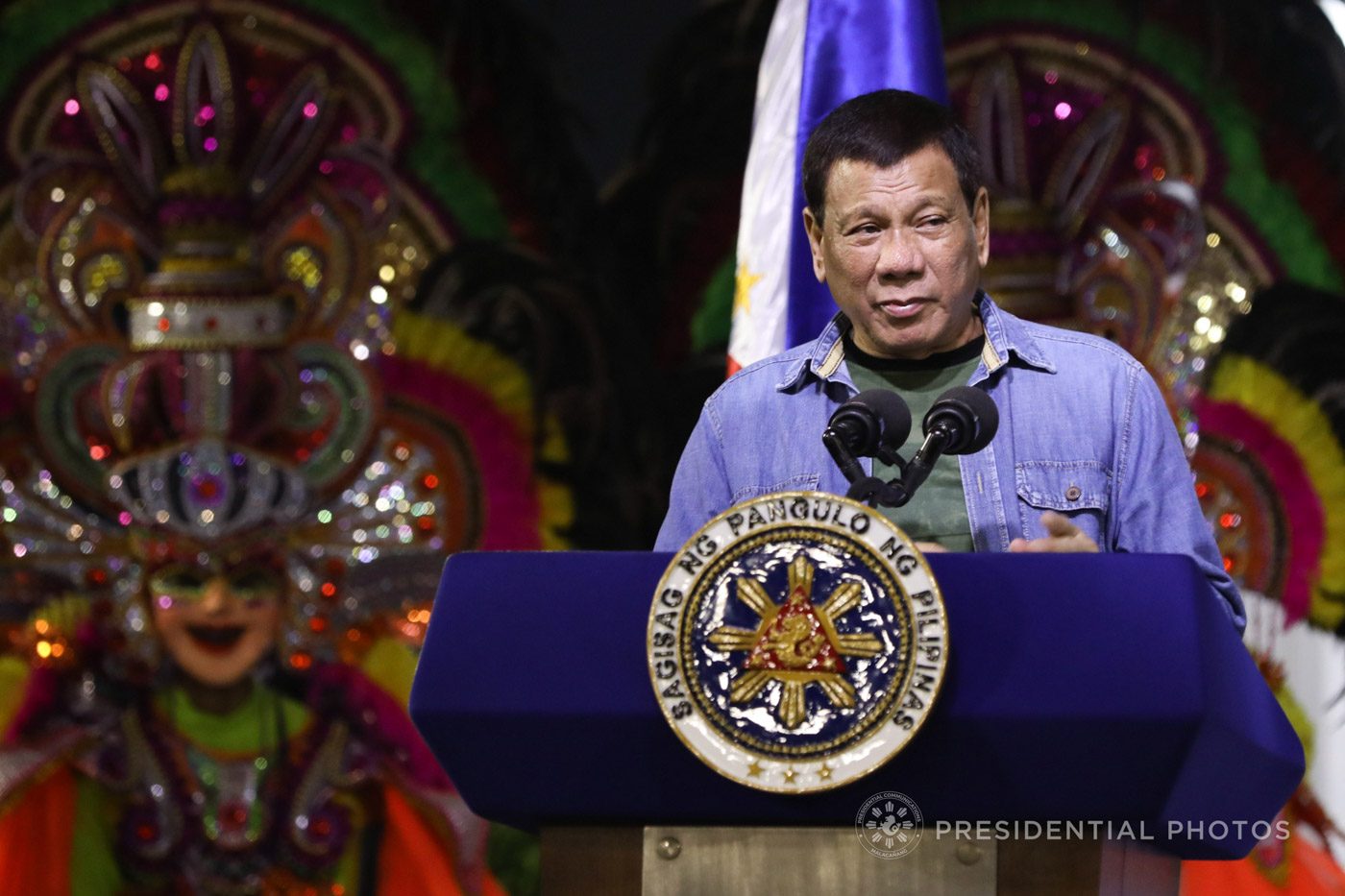 Facebook Twitter Copy URL
Copied
'I'm not trying to scare you, but let's just be prepared for any eventuality,' says President Rodrigo Duterte

MANILA, Philippines – After declaring the “liberation” of Marawi City from terrorists, President Rodrigo Duterte told Filipinos to be on alert for any possible incident or situation.

“In the coming days, with the siege that happened in Marawi, I’m not trying to scare you, but let’s just be prepared for any eventuality,” Duterte said in a speech during the 38th MassKara Festival in Bacolod City on Sunday, October 22.

He continued: “Terrorism is everywhere and no nation has escaped from the clutches of the evil of the ISIS (Islamic State). It’s an ideology that is dedicated to just kill human beings and destroy the places, of whatever, of what kind, heritage [sites] and all.”

After 5 long months of fighting between the military and local terrorists linked to ISIS, Duterte announced on October 17 that the devastated southern city has been freed from terrorists. (READ: TIMELINE: The ‘liberation’ of Marawi)

Government forces were able to kill the terrorists’ top leaders Isnilon Hapilon and Omar Maute on October 16, a day ahead of Duterte’s announcement.

Then on October 19, the President confirmed that Malaysian terrorist Mahmud Ahmad has also been killed. Ahmad helped finance the war in the Islamic City. (READ: Where the Marawi war began: The safe house in Basak Malutlut)

The military, however, continues to clear the area of remaining terrorists. Rescue operations also continue for an estimated 10 hostages still left in the battle zone. (READ: The life of a Maute hostage in Marawi)

Armed Forces of the Philippines (AFP) spokesperson Major General Restituto Padilla said they are certain that they can fully recover Marawi City before November.

The crisis in Marawi City prompted Duterte to declare martial law in the entire Mindanao last May 23. Congress later approved the President’s request to extend martial law until December 31. – Rappler.com