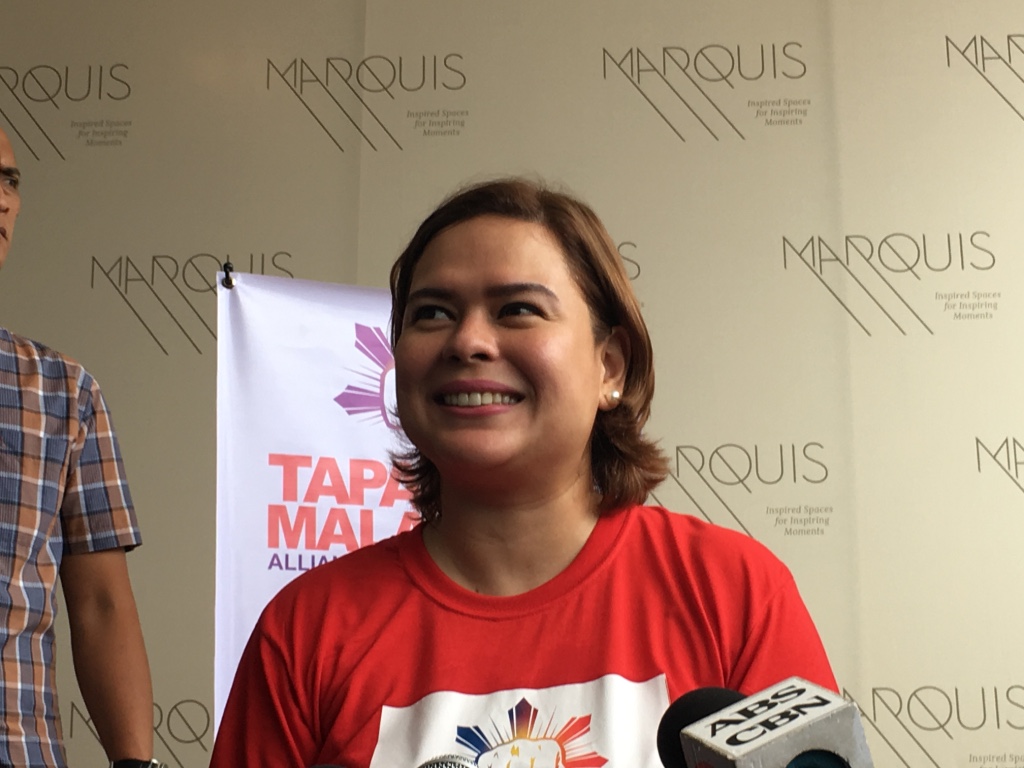 This was Duterte-Carpio’s reply when asked on Monday, October 23, if the Tapang at Malasakit Alliance was formed as a response to Tindig Pilipinas.

“No. In fact, we are asking them to join us. This is a call for our country. Let us support the government. Some of them are working for the government. Let us turn this country around and do everything for the Philippines,” the Davao City mayor said.

Tindig Pilipinas is a group of lawmakers and organizations who are calling for Filipinos to stand up against the Duterte administration’s “abusive” policies.

Several of its member-groups are known supporters or allies of former president Benigno Aquino III and the once-ruling Liberal Party. Magdalo Representative Gary Alejano, Tindig Pilipinas member, had filed an impeachment complaint against the President, which was junked by the House of Representatives.

Tapang at Malasakit Alliance members, meanwhile, pledged to support the government’s programs and to put an end to “destructive politicking.”

Duterte-Carpio previously tagged Tindig Pilipinas as a “power-hungry group” when they called the President a “paranoid and insecure little man” after he warned he would declare a revolutionary government amid an alleged destabilization plot.

The Davao City mayor said she initiated the creation of the Tapang at Malasakit Alliance for them to be a “positive voice in their respective communities.”

(People even fight among themselves in their communities. So I said they can be individually or collectively positive. You might be fighting with each other, but you and your enemy can both do positive things. So it will be good for the country.)

Duterte-Carpio, however, said the Tapang at Malasakit Alliance was neither a show of force by the President’s allies nor created in preparation for the 2019 elections. – Rappler.com