Oct 29, 2017 9:50 PM PHT
Mick Basa
Facebook Twitter Copy URL
Copied
'I am not about to explain why I did it,' President Rodrigo Duterte tells reporters when asked why he appointed Harry Roque to replace Ernesto Abella 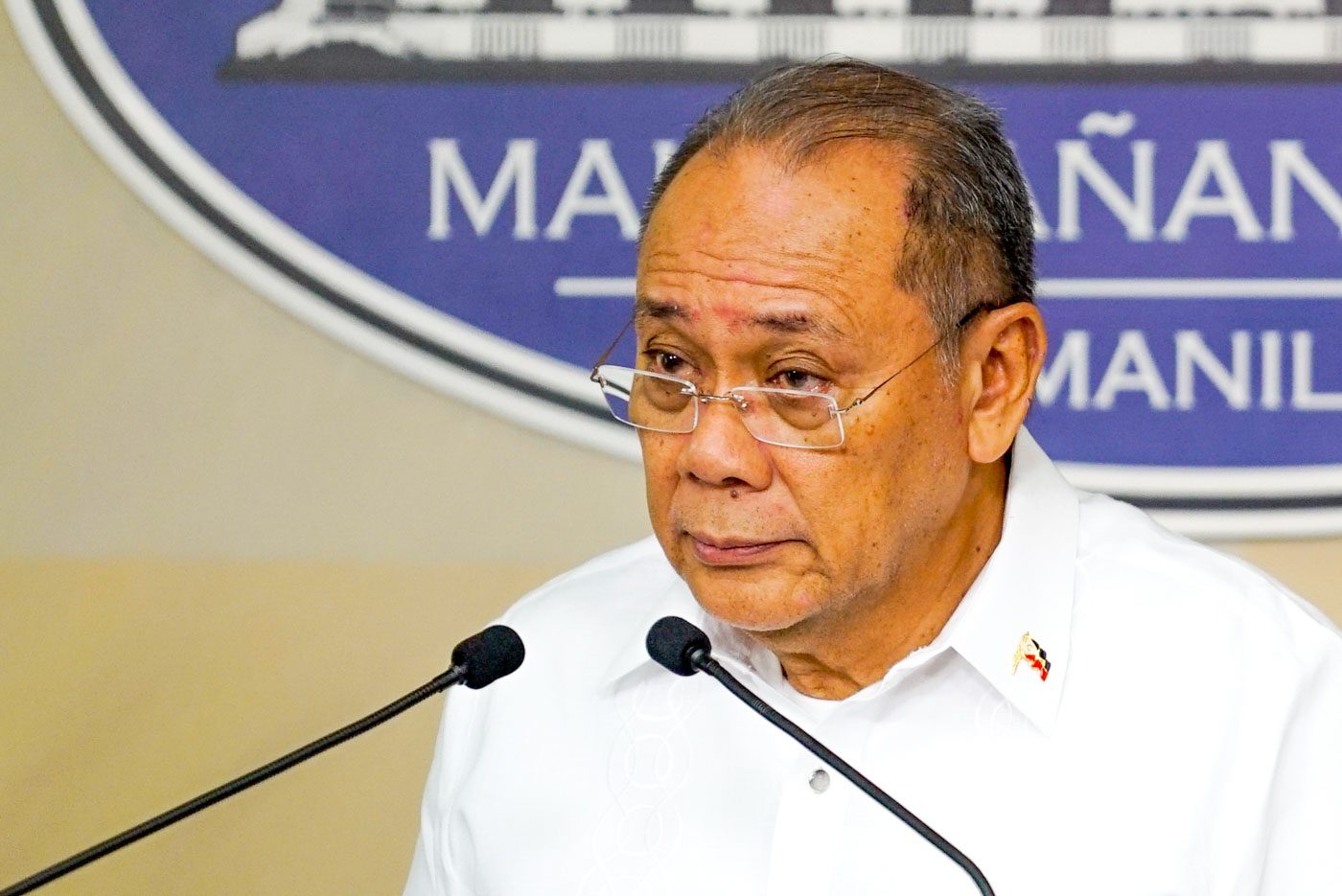 “The reason is personal decision. I am not about to explain why I did it,” was the President’s reply to a reporter in a pre-departure briefing at the Francisco Bangoy International Airport, before he left for an official visit to Japan.

“He will carry my word to the public and he’s very competent,” the President said on Sunday.

Questions surround Duterte’s decision to replace Abella, as the President was allegedly dissatisfied with how the spokesman handled several issues facing his administration.

Abella gave an unflattering depiction of the Duterte administration when he said in an October 13 Malacañang press briefing that the President may have been “fed the wrong information.”

The spokesman said the President was only reacting to wrong news reports that supposedly made it appear that the European Union called for the Philippines’ removal from the United Nations (UN).

It turns out, it was a Human Rights Watch Geneva official who said the Philippines, due to its worsening human rights record, could be in violation of UN Human Rights Council membership obligations and could thus be removed from the council. (READ: Rights groups to Roque: Reconsider offer to be Duterte spokesman)

Duterte had said he is confident that Roque would be able to convey his administration’s message well.

“It’s in the messaging actually. We cannot speak with the same words altogether, but he would convey the message – to me [that] will be the most important,” he said. (READ: ‘Spokesperson Roque’ hopes to advise Duterte on human rights issues) – Rappler.com