Duterte to be ‘frank’ with Xi on West Philippine Sea dispute 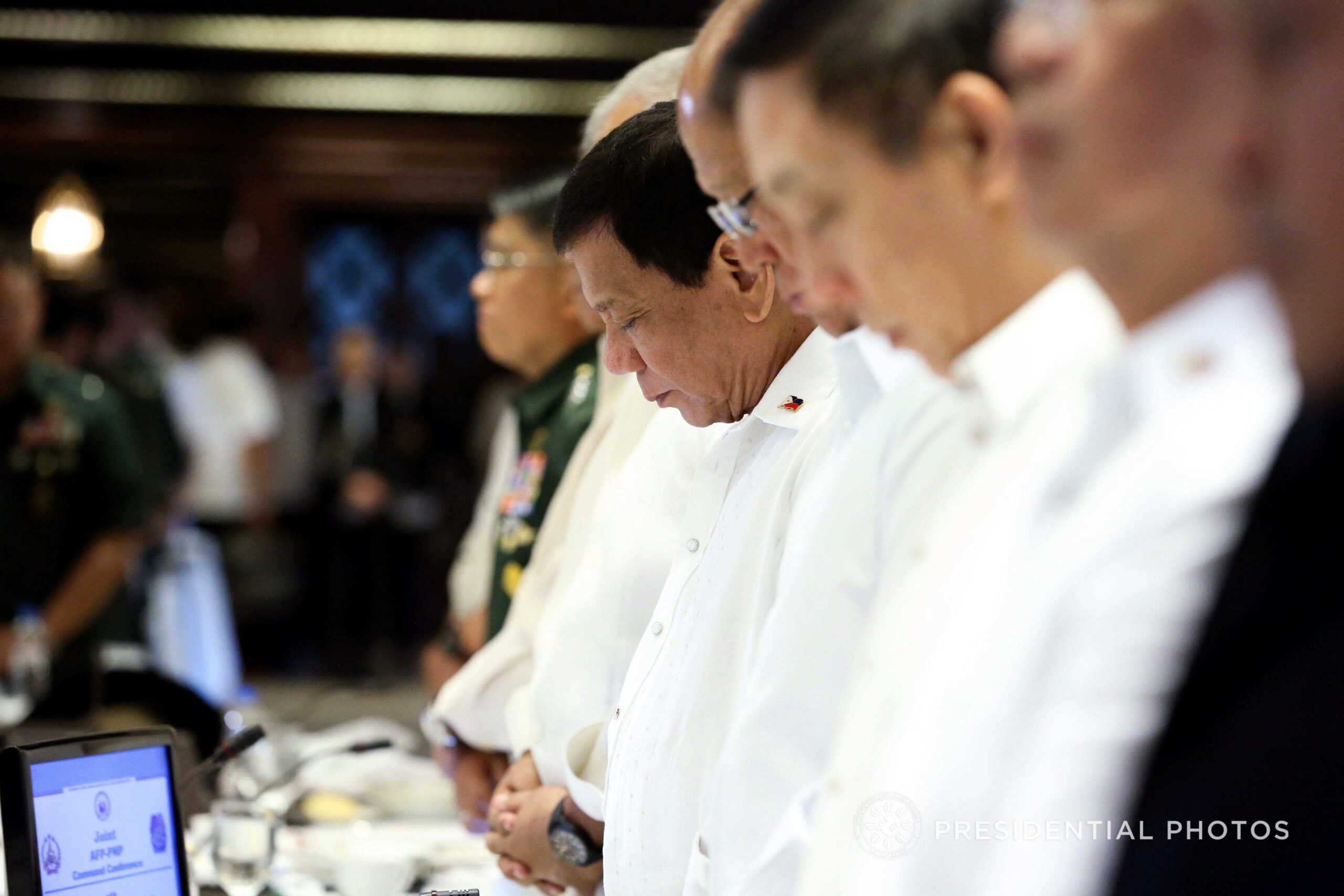 MANILA, Philippines – President Rodrigo Duterte plans to bring up the country’s rights to territory in the West Philippine Sea (South China Sea) when he holds a bilateral meeting with Chinese President Xi Jinping during the Asia-Pacific Economic Cooperation (APEC) Summit in Vietnam this week.

“I’m going to APEC tomorrow. And we have the bilaterals… It would be at the time that I will be frank with China also,” said Duterte on Tuesday, November 7, during a speech in front of the Philippine Marines.

“But you will have to trust me that I will go there but I will assert something, and that is our inherent right one day, really put at stake to what we think is ours,” he added.

In the same speech, however, the President said now is “not the time” to bring up the landmark Hague ruling which Manila won against Beijing in 2016.

Doing so, he said, would stir up a hornet’s nest since there are other countries with claims to parts of the West Philippine Sea.

“Because if we assert and go there, the other countries, Malaysia I’m sure and Indonesia would also begin to push for what they think is their territory. I hope you understand that because I cannot afford to go to war. You know, I know that it would end up in a massacre,” said Duterte.

Such a conflict would “change the entire landscape of Southeast Asia if something goes wrong,” said the President. (READ: Duterte: Why should I defend West PH Sea sandbar?)

Duterte will be in Vietnam for the APEC Summit from November 8 to 11. Vietnam is another country with claims to parts of the West Philippine Sea.

In the same speech, Duterte expressed his hope that Xi would “honor” his promise not to reclaim land in Scarborough Shoal, which both their countries are claiming. (READ: Malacañang keeps faith in China despite ‘island-maker’)

The day before, Duterte presided over a joint military and police command conference where the West Philippine Sea was among the topics discussed. – Rappler.com