Duterte’s response to Trump if he brings up human rights? ‘Lay off’

Nov 8, 2017 5:56 PM PHT
Pia Ranada
Facebook Twitter Copy URL
Copied
'I will not go there as a subservient lackey of anyone,' says President Rodrigo Duterte, when asked about his expectations of his first meeting with US President Donald Trump on the sidelines of the APEC Summit in Vietnam 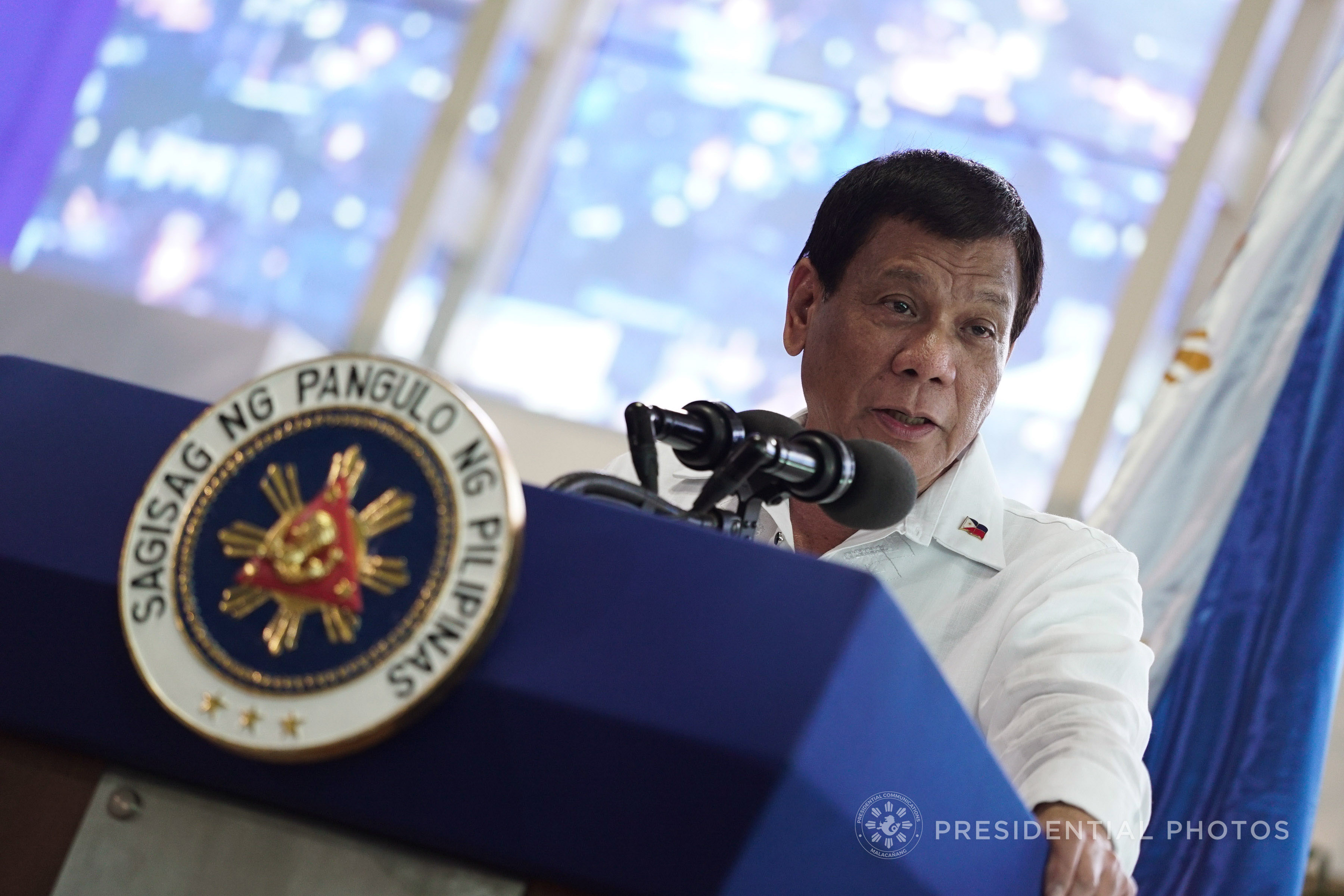 Duterte said in a news briefing on Wednesday, November 8, that if Trump or any other leader will raise the issue of human rights on the sidelines of the Asia-Pacific Economic Cooperation (APEC) Summit in Vietnam, he will tell them not to interfere with the Philippines’ domestic issues.

“Human rights? Lay off, that is none of your business,” Duterte said in response to questions in a news briefing before he boarded a flight to Da Nang, Vietnam, for the APEC Summit.

He is expected to meet Trump and other leaders there.

Asked about his expectations for his first meeting with the US president, Duterte said, “I will not go there as a subservient lackey of anyone.”

The Philippine leader has repeatedly expressed his determination to emphasize the independence of his country from outside interference.

Still on his expected meeting with Trump, Duterte said, “I will listen to you but if it is not to the best interest of my country, I will ignore you.”

Presidential Spokesman Harry Roque earlier said he does not think talks about the drug war and human rights will cause tension between the US and Philippine presidents.

Asked what other topics he will discuss with Trump, Duterte said: “Trade, that is the very life of nations, then we will discuss extremism, terrorism, and third, maybe in the bilateral [meeting], they might want to ask a very definitive position of the Philippines vis-à-vis with China.”

Trump and Duterte will encounter each other for the first time at the APEC Summit events. They may have a bilateral meeting on the sidelines of the international gathering.

Another opportunity for a bilateral meeting will be during Trump’s Manila visit where he will attend the 31st Association of Southeast Asian Nations (ASEAN) Summit and Related Summits.

Many comparisons have been drawn between the two firebrand leaders because of their tendency to give bombastic statements, penchant for attacking media and critics, and populist leadership style.

On Tuesday, November 7, Duterte said the Philippines remains a “best friend” of the US. – Rappler.com