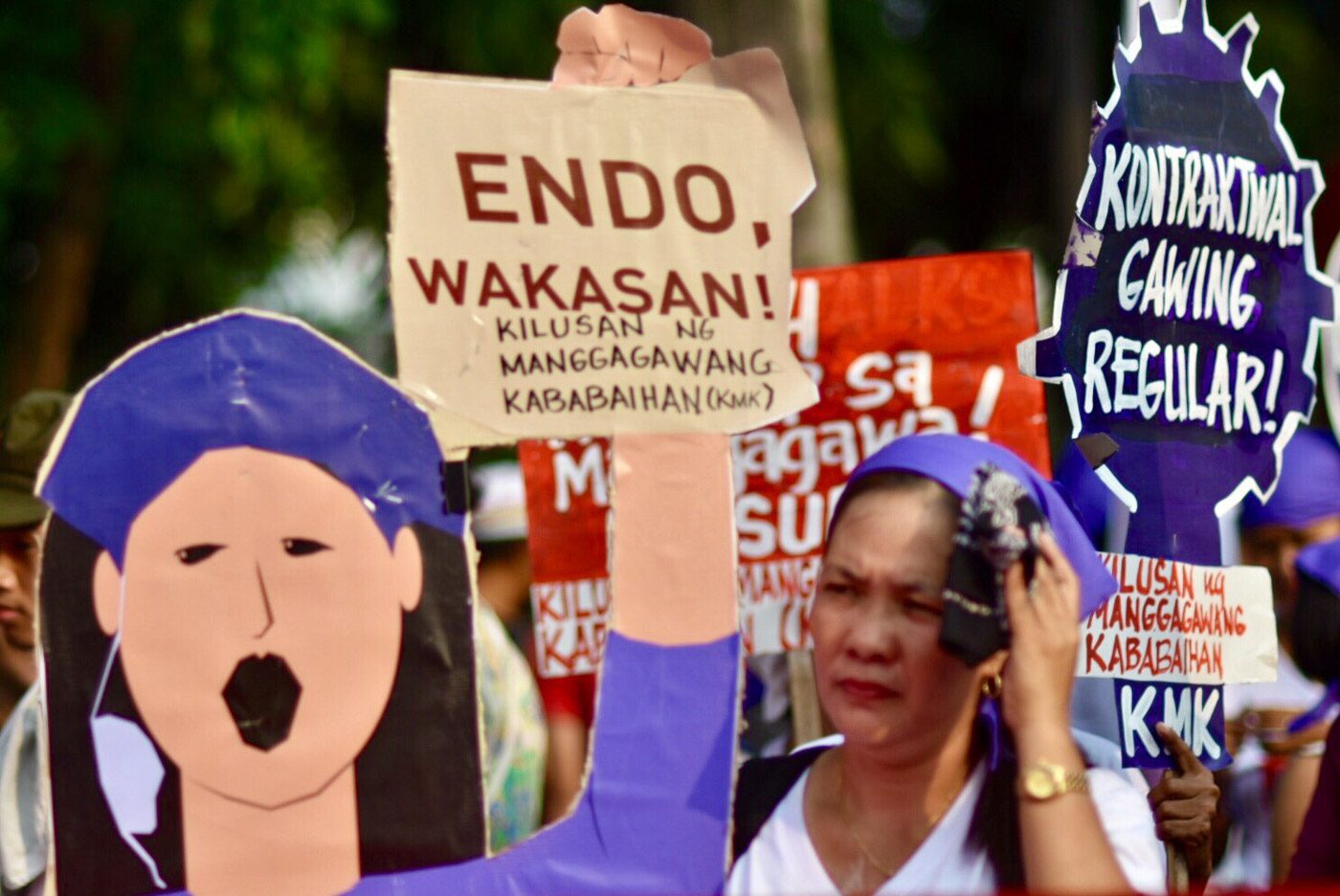 MANILA, Philippines – Despite the issuance of a government order that regulates contractualization, the fight to abolish it continues.

Department of Labor and Employment (DOLE) Secretary Silvestre Bello III met with the Nagkaisa labor coalition on Wednesday, November 8, to discuss the issue, along with other concerns of the workers’ sector.

During the dialogue, DOLE agreed to come up with a joint draft of a proposed executive order (EO) to be submitted to President Rodrigo Duterte. The EO would prohibit labor-only contracting with certain exemptions, instead of just regulating it.

Contractualization is when an employer hires an employee on a fixed-term basis and continuously renews his or her contract to avoid giving benefits that a regular worker is entitled to. (READ: Ending contractualization needs 2 urgent actions from Duterte)

Nagkaisa, together with the Left-leaning Kilusang Mayo Uno (KMU) and the National Anti-Poverty Commission (NAPC), had submitted a draft EO to Malacañang last May but there has been no action on the proposal.

Federation of Free Workers (FFW) president Sonny Matula said the new EO they will be drafting with DOLE would replace the one previously sent to Malacañang.

Nagkaisa, KMU, and other labor groups will create the draft EO by November 16, then present it to Bello.

Contractualization in government offices was also taken up during the meeting, even if this issue falls under the Civil Service Commission (CSC).

Annie Geron of the Public Services Labor Independent Confederation told Rappler that they also submitted to the President last May a draft order setting the guidelines on what kinds of jobs can be contracted out. (READ: Contractual frontliners vulnerable to effects of gov’t rightsizing)

Other issues discussed during the meeting include the creation of a technical working group composed of representatives from labor unions and the National Wages and Productivity Commission (NWPC) to study proposals to establish a national minimum wage.

Currently, wages are set independently by regional wage boards. But the labor sector opposes this, saying that prices of goods do not differ significantly in each region.

Bello committed to set up a meeting between the labor groups and Duterte on November 16 after the Association of Southeast Asian Nations (ASEAN) Summit, which the Philippines will be hosting.