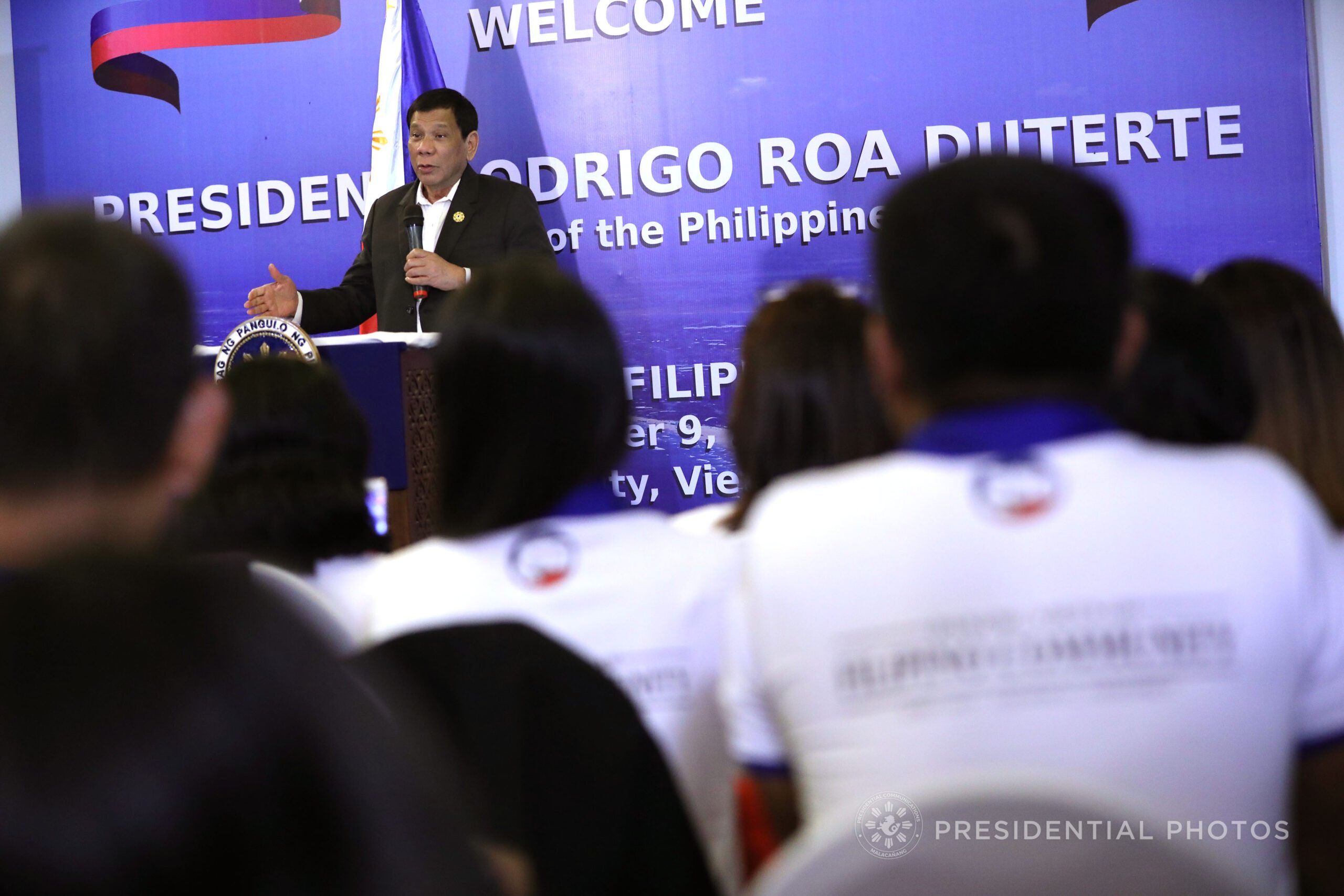 Facebook Twitter Copy URL
Copied
If he can't stop them from entering the country, President Duterte says he will 'protest' their visit and meet them at the Philippine airport to show his disapproval

MANILA, Philippines – In another display of bluster, President Rodrigo Duterte said he would have American lawmakers critical of his drug war barred from entering the Philippines, if he had his way,

“I’d like to know their names also because I can include them in the Immigration barred list,” he said.

“Totoo (It’s true),” he hadded when reporters laughed at his remark.

He was asked on Thursday, November 9, during a media interview in Vietnam, if he would consider visiting the United States during his presidency.

Duterte responded by saying he would never make such a trip as president. He included Australia in his list of must-not-visit countries.

He then recalled how US lawmakers had criticized President Donald Trump’s invitation for him to visit the White House. The memory angered him.

“You are too presumptuous. What made you think that I am even planning or thinking about visiting your country?” said Duterte.

In early November, a Republican congressman, Illinois Representative Randy Hultgren, joined McGovern in writing a letter to Trump, asking him to remind Duterte of the need to respect human rights in implementing his campaign against drugs.

It was at this point when Duterte said he would bar them from entering the Philippines.

“If you think you protest my coming into your country, why?… You are also prohibited from entering mine,” he declared.

If Philippine laws don’t allow him to blacklist the lawmakers, Duterte said he would “protest” their visit and meet them at the airport to express his dislike for them.

“I’ll meet you in the airport. Somebody should tell me they’re coming. And I will just see you, you son of a bitch. You can come here because we have existing agreements. But I really do not like you also,” said the Philippine president.

A Black List Order, issued by the Bureau of Immigration, prohibits a foreign national from entering the Philippines. Foreigners who overstay in the country are the common recipients of such an order.

Other reasons a person may be blacklisted include being drunk and disorderly at the port of entry, the practice of prostitution, or being deported due to “undesirability.” – Rappler.com