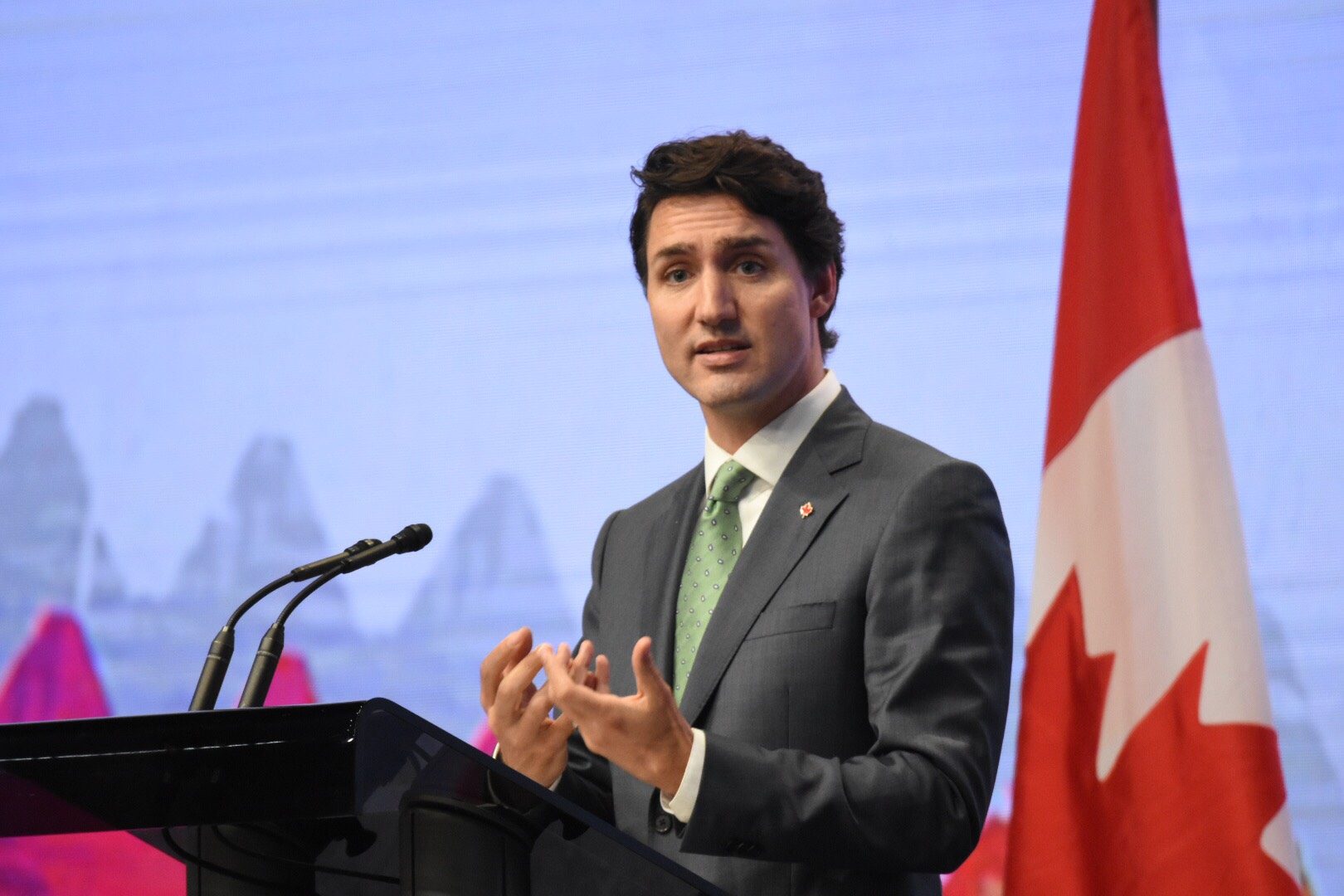 Facebook Twitter Copy URL
Copied
Canadian Prime Minister Justin Trudeau says they are still ironing out certain details like who should bear the financial responsibility for taking back the trash, shipped to the Philippines by a Canadian company

MANILA, Philippines – Canadian Prime Minister Justin Trudeau said it is now possible for his country to bring back 103 container vans of trash illegally shipped to the Philippines.

But the world leader did not make a full commitment to remove the garbage out of the country yet.

In a press conference held on the sidelines of the 31st Association of Southeast Asian Nations (ASEAN) Summit and Related Summits on Tuesday, November 14, Trudeau was asked how Canada plans to address the issue of 1,300 tons of waste materials illegally shipped by Ontario-based company Chronic Incorporated to the Philippines in 2013.

He explained that two years ago, Canada was hampered by its own legal regulations that prohibited them from taking back the garbage, which he described as a “longstanding irritant” in the Philippines.

“Even though it originally came from Canada, we had legal barriers and restrictions that prevented us from being able to take it back. Those regulations and those impediments have now been addressed, so it is now theoretically possible to get it back,” said Trudeau.

Still, he said the Canadian and Philippine governments need to iron out certain details, including who should pay for the shipment of the illegal trash back to his country.

He emphasized the trash came from a private business, not the Canadian government. (READ: 4 hard truths about Justin Trudeau)

“But there’s still a number of questions around who would pay for it, where the financial responsibility is. This was, at its origin a commercial transaction. It did not involve government,” said Trudeau.

The Canadian trash was among the topics Trudeau raised to Philippine President Rodrigo Duterte during their brief conversation before the ASEAN-Canada Commemorative Summit held hours before his press conference. (READ: Trudeau tells Duterte: Canada ‘concerned’ over EJKs in drug war)

“I expressed to President Duterte the assurance of my officials here in the Philippines and back in Canada that we will continue to work on this and hopefully resolve this,” said Trudeau. – Rappler.com