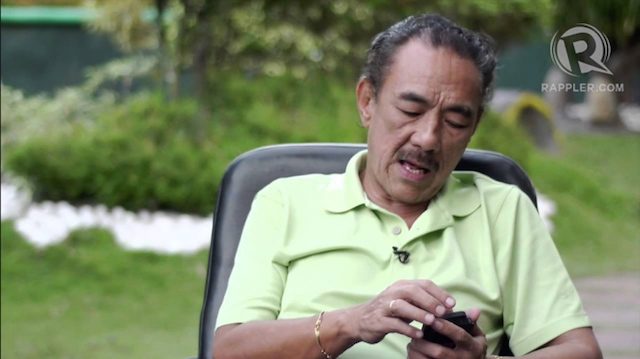 DAVAO CITY, Philippines – The rally being organized in this city to prod President Rodrigo Duterte to declare a revolutionary government is meant to help the Chief Executive deliver on his promises, one of the organizers said.

Local businessman Philip Dizon, a close friend of Duterte, told Rappler in a phone interview on Tuesday, November 21, that Duterte supposedly considered the idea of declaring a revolutionary government since he was Davao city mayor.

Dizon said the idea of a revolutionary government supposedly came to Duterte when a fire razed Mount Apo in 2016.

“He was complaining about Mt Apo, which was being burned by kaingeros,” Dizon said, referring to the fire that razed parts of Mt Apo from late March to early April 2016.

The 62-year-old businessman, who has a coffee farm on the foothills of the mountain, said that during their conversation on the fire, he supposedly raised the idea of having a revolutionary government which could address such problems faster.

Dizon recalled that Duterte “agreed” with the idea.

The November 30 rally would allow Duterte to act on the idea, he added.

Dizon and Rolando Olamit had sent a letter to Duterte, dated November 6, to invite him to the rally. Dizon posted a copy of the letter on his Facebook page.

“People are sick and tired of traditional and dirty politics, corruption, and non-inclusive growth and your promised (sic) of Federal form of Government,” they told the President.

“Therefore, the people is (sic) inviting you to a rally from 1:00 o’clock until 6:00 o’clock in the afternoon (sic) in which you will have to come at 5:30 and accept the offer of the people for you to declare a revolutionary government to hasten change,” they added.

Duterte had made public statements about declaring a revolutionary government but also repeatedly said he would not do it under his watch. He reiterated this in his remarks to wounded soldiers on Tuesday. (READ: Duterte says he won’t declare revolutionary gov’t)

Dizon, the president of the American Chamber of Commerce in Davao, was a consultant at the City Tourism Office when Duterte was mayor. He is the owner of the Davao Crocodile Farm.

During and after the campaign period, Dizon helped organize pro-Duterte rallies by hosting the events in venues operated by his companies.