Duterte to bring police back to drug war 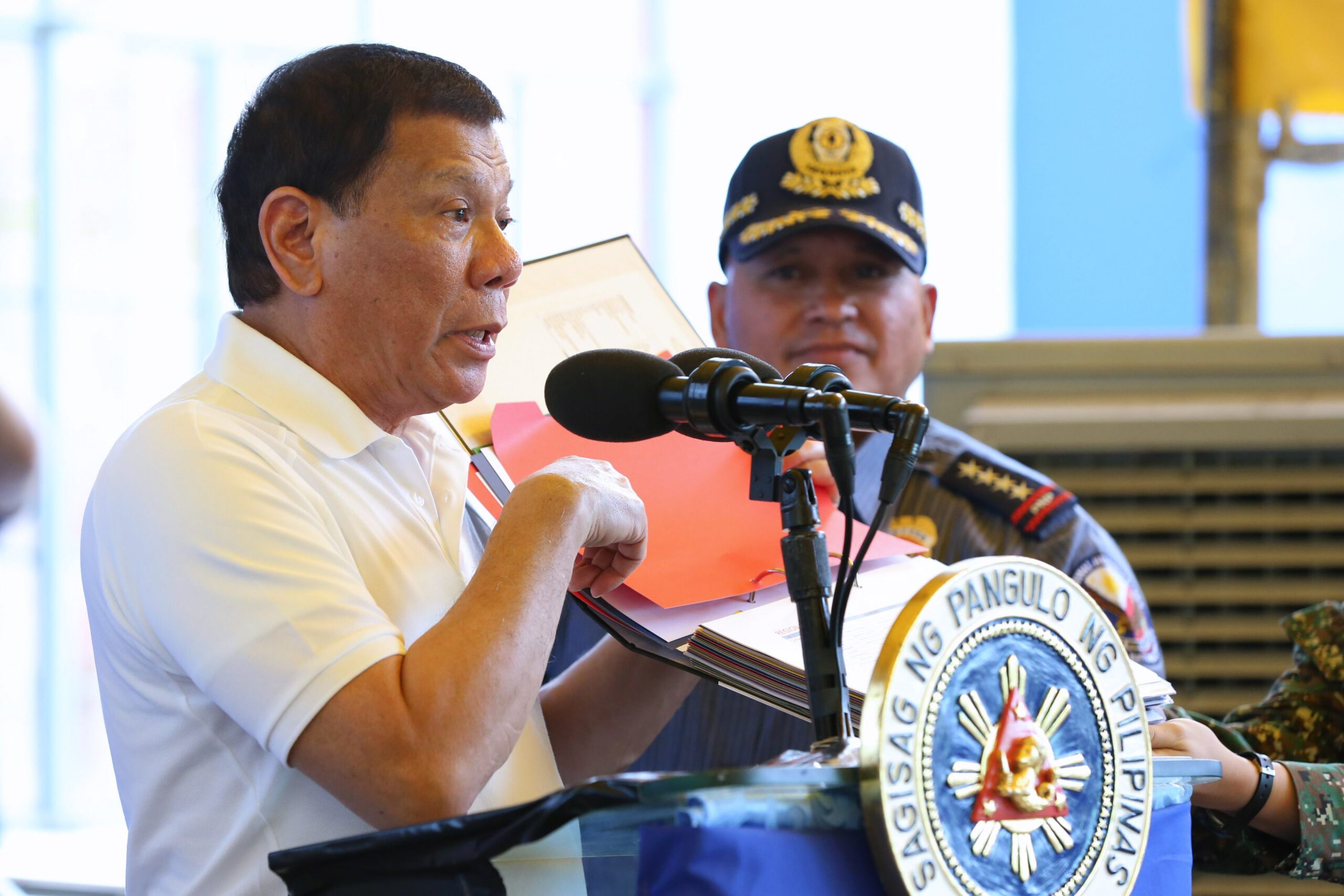 NUEVA ECIJA, Philippines – President Rodrigo Duterte said on Wednesday, November 22, that he has no choice but to bring back the Philippine National Police (PNP) to his drug war.

Speaking to soldiers of the Special Operations Command in Nueva Ecija, Duterte said the Philippine Drug Enforcement Agency (PDEA) may not have enough capability  to implement the anti-drug campaign on its own. (WATCH: Rappler Talk: PDEA on leading the drug war without the PNP)

“As of now, just to parry, linagay ko sa PDEA (I designated PDEA as the sole agency). Whether I like it or not, I have to return that power to the police because surely, it will increase the activity of the (inaudible),” said Duterte.

The President had put the PDEA in charge of the drug war after the PNP came under fire due to the deaths of teenagers during police anti-drug operations. (READ: CHR hopeful PDEA will follow rule of law in drug war)