Accused of sexism, Duterte vows to fight for women’s rights 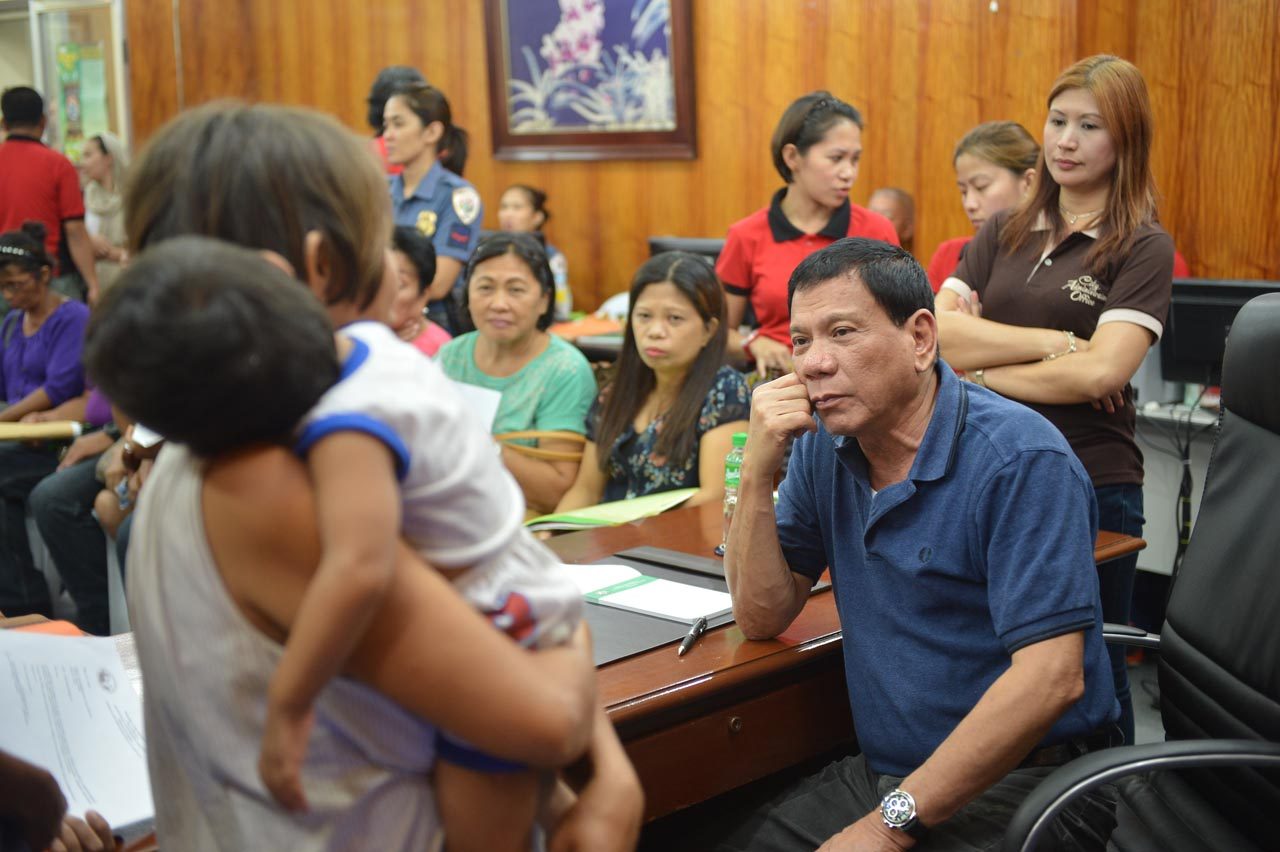 MANILA, Philippines – President Rodrigo Duterte said his administration “will continue to fight for the rights of women and children,” as the country marked the International Day to End Violence Against Women on Saturday, November 25.

In a message to the Philippine Commission on Women (PCW), Duterte lauded the agency as it held an 18-day campaign to end violence against women.

“This occasion echoes the call for equality, respect, and dignity for women and girls regardless of their standing in society,” his letter said. “It is crucial therefore that we remain steadfast in cultivating a community free from violence and proactive in addressing the difficult issues that the sector faces.”

The President commended PCW for its commitment “in our shared advocacy of reducing violence against women and children through an improved response system across the country.” (READ: Duterte: ‘Women are heroes’)

He also encouraged the agency to continue fostering “valuable initiatives and advocacies that will translate into concrete and positive actions.” (READ: Duterte to look into rising cases of child abuse, crimes vs women)

“Rest assured that we will continue to fight for the rights of women and children. Let us work together in building a strong nation rooted on social justice and equality,” continued Duterte.

Meanwhile, activist group Akbayan Women said on Saturday that the Duterte government is “sexist and violent” against women.

In a statement, the group said that Duterte’s campaign against illegal drugs “have killed women and minors, most killed in incidents where the police or vigilantes play judge, jury and executioner.”

Also, on the 2016 campaign trail and during his presidency, Duterte has made sexist jokes and remarks that earned criticism from various sectors. (RELATED: Duterte, the ‘benevolent sexist’?)

“His threats of physical attacks against women critics, his verbal abuses, and his rape jokes feed a culture of violence that endangers women and children everywhere,” said Akbayan Women.

They added, “The culture Duterte is growing sends the message that it’s okay to trivialize rape, to threaten women with physical abuse, and to sexually harass them in public places.” (READ: CHR to Duterte: Don’t use humor to justify sexual harassment)

They also decried Duterte’s “neoliberal economic policies have kept women and children hungry, disempowered, and out of work.”

On the occasion of the International Day to End Violence Against Women, Akbayan Women said they had enough.

“We show our rage against the killings that have taken our women and children’s lives. Akbayan believes that the killings are acts of violence against women and those who have led the charge should be held accountable.” – Michael Bueza/Rappler.com