DOLE hits over 30% of regularization target as yearend nears 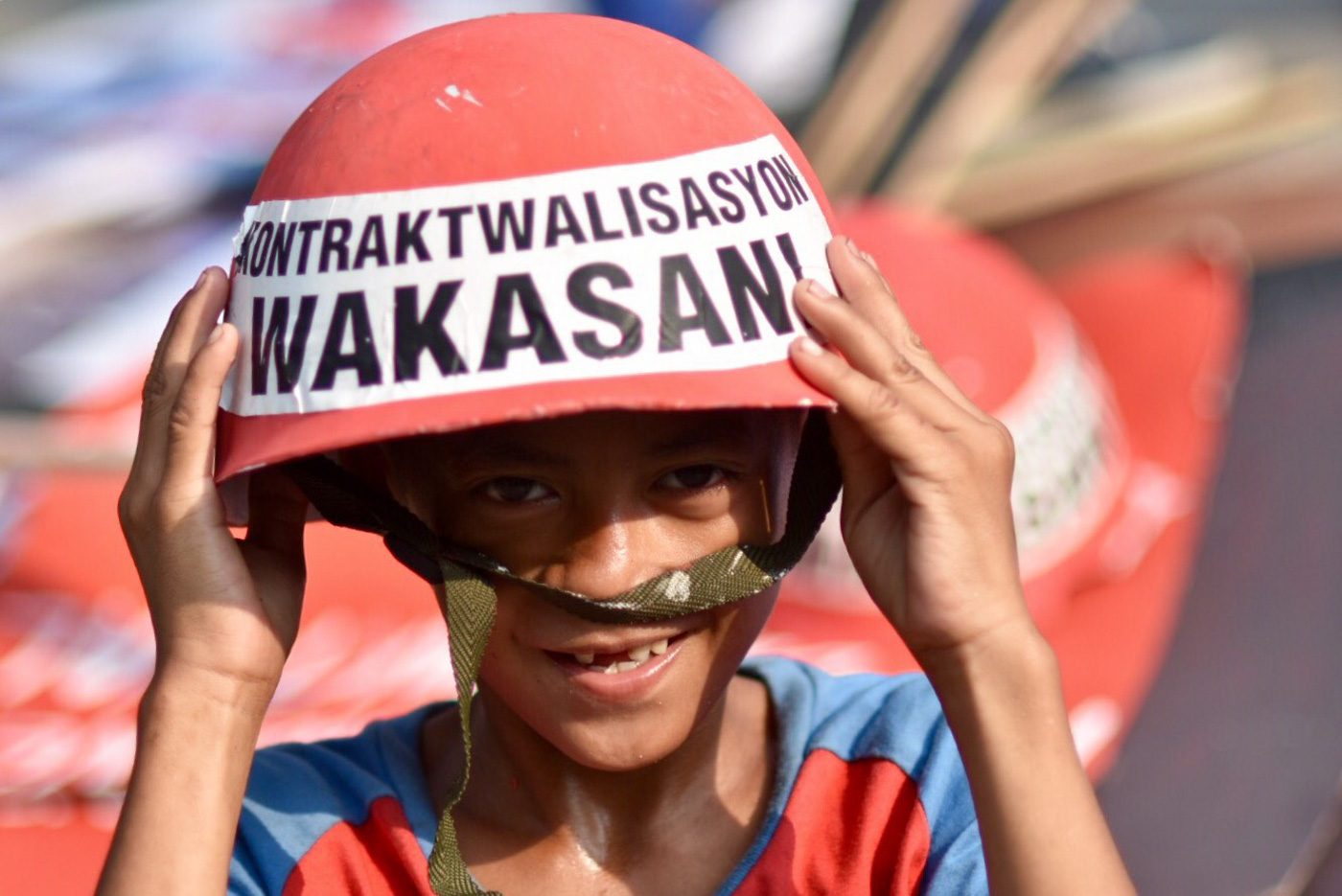 Facebook Twitter Copy URL
Copied
The Department of Labor and Employment says 75,430 workers have already been regularized as of November 3

MANILA, Philippines – More than one-third of the 200,000 contractual workers estimated by regional offices of the Department of Labor and Employment (DOLE) have already been regularized.

Labor Undersecretary Joel Maglungsod said 75,430 workers have been regularized as of November 3. At least 50,000 workers are already undergoing processes for regularization.

“Some of them are under mandatory conferences, others are under compliance order,” Maglungsod told reporters.

He made clear that these workers were regularized by their employers and not through manning agencies.

DOLE regional offices have put the number of workers for regularization at around 200,000. This means that the department still has a balance of at least 120,000 if it intends to meet its promise of ending contractualization by 2017.

“Kaya actually. Kaya iyan. Ang problema lang kasi [ang] management, ang daming paikot-ikot (We can actually do it. The only problem is the management is going around in circles),” explained Maglungsod.

Employers sometimes appeal to DOLE when they are issued a compliance order to regularize their workers. This slows down the procedure.

Meanwhile, labor groups are set to meet with President Rodrigo Duterte in the first week of December to talk about an executive order (EO) that will stop the illegal practice of continuously hiring workers through a time-bound contract.

DOLE earlier issued Department Order 174, which imposed stricter rules on hiring through third-party agencies. But labor groups slammed this since it only regulates contractualization and does not abolish it.

Last May, major labor unions – Kilusang Mayo Uno and the Trade Union Congress of the Philippines – joined forces to submit a draft EO to Duterte. However, the measure has not been acted upon.

Maglungsod said the new EO to be presented will be refined to suit Duterte’s preferences, such as removing a provision that would criminalize erring employers and another on complete prohibition of labor contracting. (READ:  Ending contractualization needs 2 urgent actions from Duterte)

Labor contracting is allowed under the Labor Code of the Philippines as long as work done is not central to the operations of a company. But firms have abused this to avoid giving benefits due a regular employee, such as social pension, health card, and leave credits. – Rappler.com