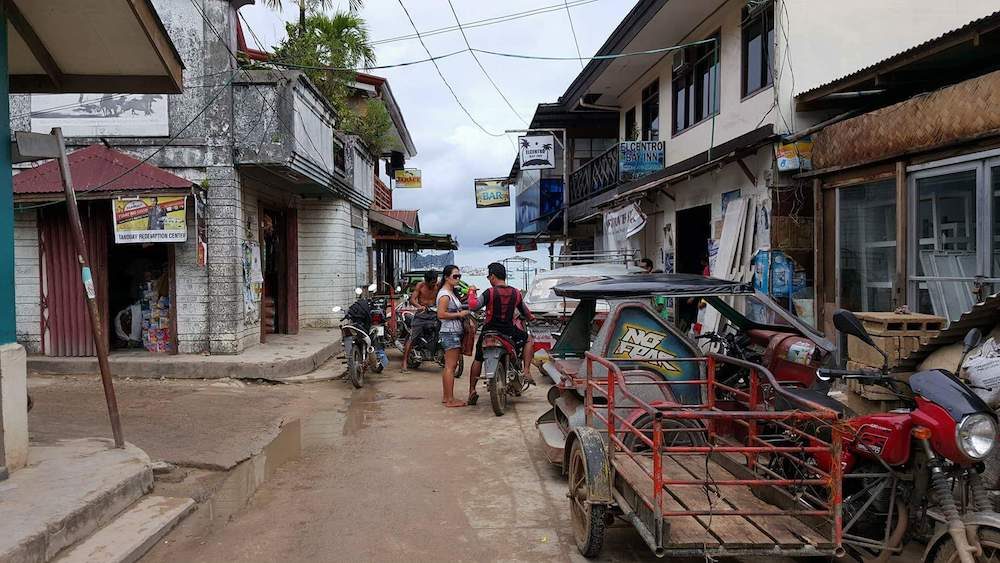 PALAWAN, Philippines – El Nido authorities are mulling a plan to prohibit vehicles in the congested town center and declare the entire poblacion as a “walk zone.”

The idea was broached by the El Nido Traffic Monitoring Group, noting the town’s difficulty in keeping the flow of traffic in the town’s narrow streets, particularly during peak seasons when a high volume of tourists flock.

“We implement that policy at night from 6 pm to 6 am when tourists are strolling around the town after the day-long island tour,” he added.

In the Municipal Council’s transportation committee meeting this week, Rosento said he proposed the drafting of an ordinance applying walk zone policy 24/7 all over the town center.

“We will designate areas where tricycles and other public utility vehicles can load and unload passengers,” he said.

“Those with private vehicles will be required to have a garage, while heavy-duty vehicles will be given a certain period of time at night when they are allowed to deliver goods, fuel and construction materials.”

In the meantime, Rosento said the TMG implements “one-way” policy and strives to ban motorists who park on the roadside supposedly intended for pedestrians in order to ease the traffic in town.

The TMG chief, however, admitted that his eight enforcers find it hard to apprehend all traffic violators. – Rappler.com