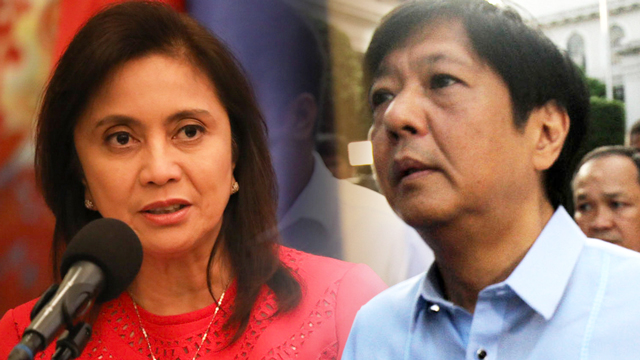 MANILA, Philippines – The Supreme Court, acting as the Presidential Electoral Tribunal (PET), has once again deferred making a decision whether or not to allow the technical and forensic examination of poll materials in 3 provinces in the Autonomous Region in Muslim Mindanao (ARMM).

This is the PET’s latest decision on the appeal filed by former senator Ferdinand “Bongbong” Marcos Jr, who is accusing Vice President Leni Robredo of cheating in the 2016 elections. (READ: TIMELINE: Marcos-Robredo election case)

The PET resolution was issued on November 7, but Rappler obtained a copy on Tuesday, November 28.

In his protest, Marcos wants the PET to nullify the votes in Basilan, Lanao del Sur, and Maguindanao due to alleged widespread cheating. To make this possible, he wants the PET to allow the technical and forensic analysis of all election materials in these 3 provinces.

The PET first deferred action on the matter on August 29. At the time, the court said a ballot recount must first be conducted in Marcos’ chosen 3 pilot provinces – Camarines Sur, Iloilo, and Negros Oriental – to determine whether the rest of his electoral protest has merit.

Marcos then filed an appeal on September 14, but this was once again thumbed down by the PET.

“[The Tribunal resolved to] deny, for lack of merit, the partial motion for reconsideration (of the resolution dated August 29, 2017), dated September 15, 2017, filed by counsel for protestant Marcos, Jr; thus, the Tribunal’s Resolution dated August 29, 2017 to defer action on protestant’s Motion for Technical Examination stands given the reasons stated therein,” read the PET’s resolution.

A separate study by Rappler of the election fingerprints for the 3 ARMM provinces showed there were inconsistent vote shares and voter turnouts. But not all towns and cities in these provinces show a pattern that points to possible cheating.

Apart from nullifying the votes in 3 ARMM provinces, Marcos wants the PET to allow the ballot recount in another 36,465 clustered precincts, his second cause of action.

Marcos has already dropped presenting witnesses for this cause of action, saying a ballot recount would best prove there was electoral fraud. (READ: Let evidence ‘speak for itself,’ Marcos camp tells Robredo)

Robredo’s lawyer, Romulo Macalintal, believes the PET will dismiss Marcos’ electoral protest after the ballot recount in the 3 pilot provinces.

“We are highly confident that after such recount the PET will have all the valid grounds and reasons to dismiss Marcos’ protest. For in the hundreds of election protest cases filed involving the 2010, 2013 and the 2016 automated elections, not a single election protest has been won by any protestant on the basis of a recount of the ballots,” said the veteran election lawyer.

Marcos’ first cause of action – questioning the integrity of the entire 2016 elections – was also rejected by the PET in August 29.

Read the full copy of the PET’s November 7 resolution below: