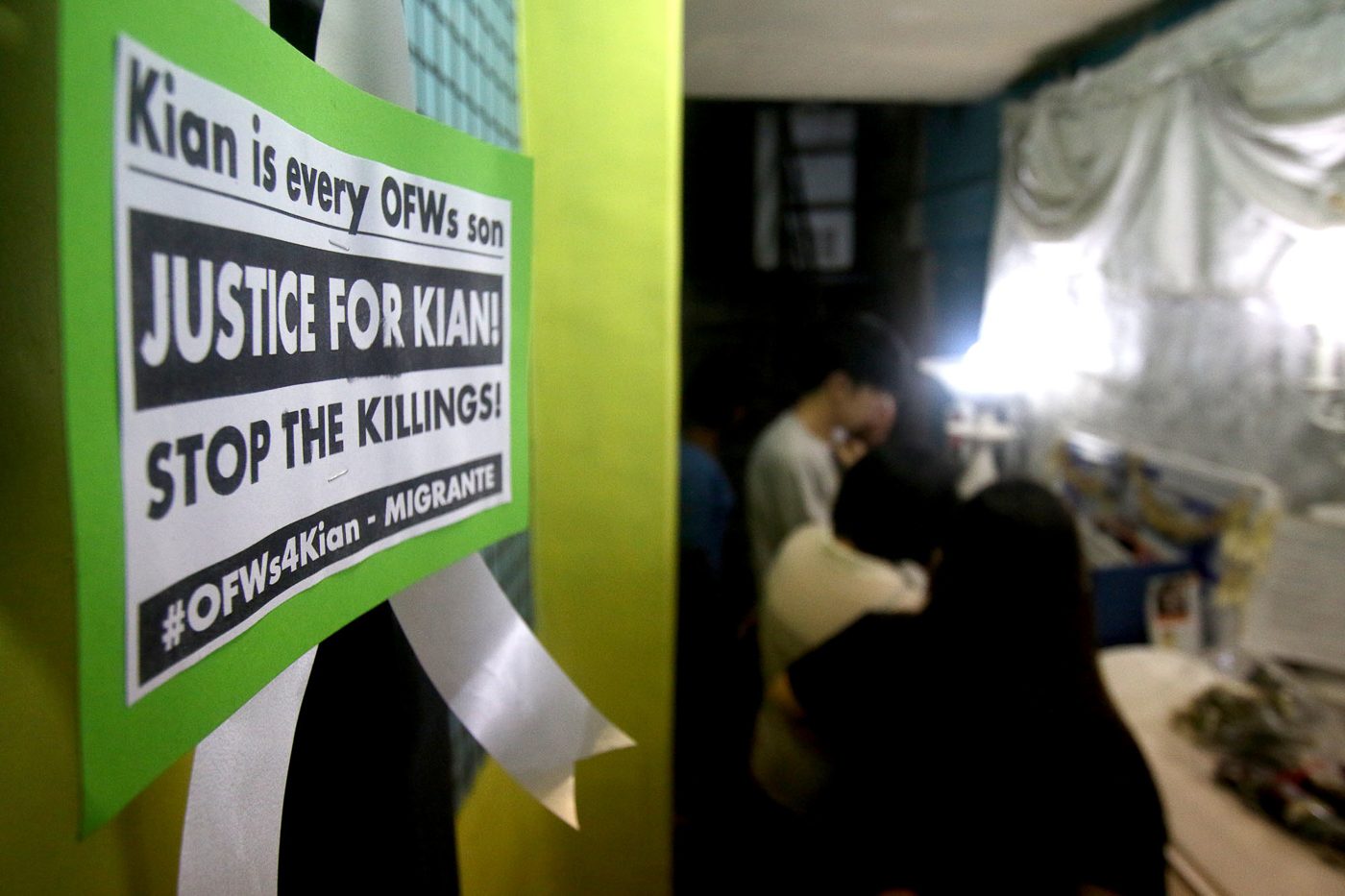 Facebook Twitter Copy URL
Copied
'It is time [to] end the carnage on Philippine streets.... The country's judiciary and police have proven themselves both unwilling and unable to hold the killers in the war on drugs to account,' the human rights group says

“It is time for international justice mechanisms to step in and end the carnage on Philippine streets by bringing the perpetrators to justice,” said James Gomez, AI’s regional director for Southeast Asia and the Pacific.

“The country’s judiciary and police have proven themselves both unwilling and unable to hold the killers in the war on drugs to account,” he added.

The ICC defines crimes against humanity as “serious violations committed as part of a large-scale attack against any civilian population.” (READ: Things to know about Duterte’s pet peeve ICC)

Duterte’s violent anti-drug campaign has been widely criticized for the huge number of deaths. Latest official data from the Philippine National Police (PNP) show that at least 3,933 people have been killed in police operations, while the number of victims of vigilante killings is highly contested.

Among those killed under the drug war – either police operations or vigilante-style killings – are at least 54 people aged 18 years old and below, according to data from the Children’s Legal Rights and Development Center. (LIST: Minors, college students killed in Duterte’s drug war)

One of the victims is 17-year-old Kian delos Santos, whose death at the hands of police sparked public outrage. (READ: Our son, Kian: A good, sweet boy)

Meanwhile, families have told Amnesty International that “they witnessed police shoot children dead at point-blank range as they were begging for mercy,” while minors suspected of drug-related offenses told the organization they were “beaten and tortured by police on their arrest.”

ICC prosecutor Fatou Bensouda in October 2016 said that the international court was “closely following” the war on drugs in the Philippines.

In April 2017, Filipino lawyer Jude Sabio filed an official communication against Duterte before the ICC for alleged “mass murder.” He requested the Pre-Trial Chamber to “commit Duterte and his senior government officials to the Trial Chamber for trial and that the Trial Chamber in turn, after trial, convict them and sentence them to corresponding prison sentence or life imprisonment.”

It has been almost 8 months since the first communication was filed, but according to Harvard Law professor and former ICC investigation and prosecution coordinator Alex Whiting, the court will “take as long as it needs to make this assessment.” (READ: What challenges will complaint vs Duterte face before ICC?)

Amnesty, however, believes that the ICC “must act now.”

“We believe the war on drugs meets the threshold of crimes against humanity under the Rome Statute, and international pressure is needed to persuade the Philippine authorities to change course,” Gomez said.

“How many bullet-riddled bodies must be found dumped on the streets before the international community takes action?” he added. – Rappler.com