On FOI EO anniv, Duterte calls on Congress, courts to be more transparent 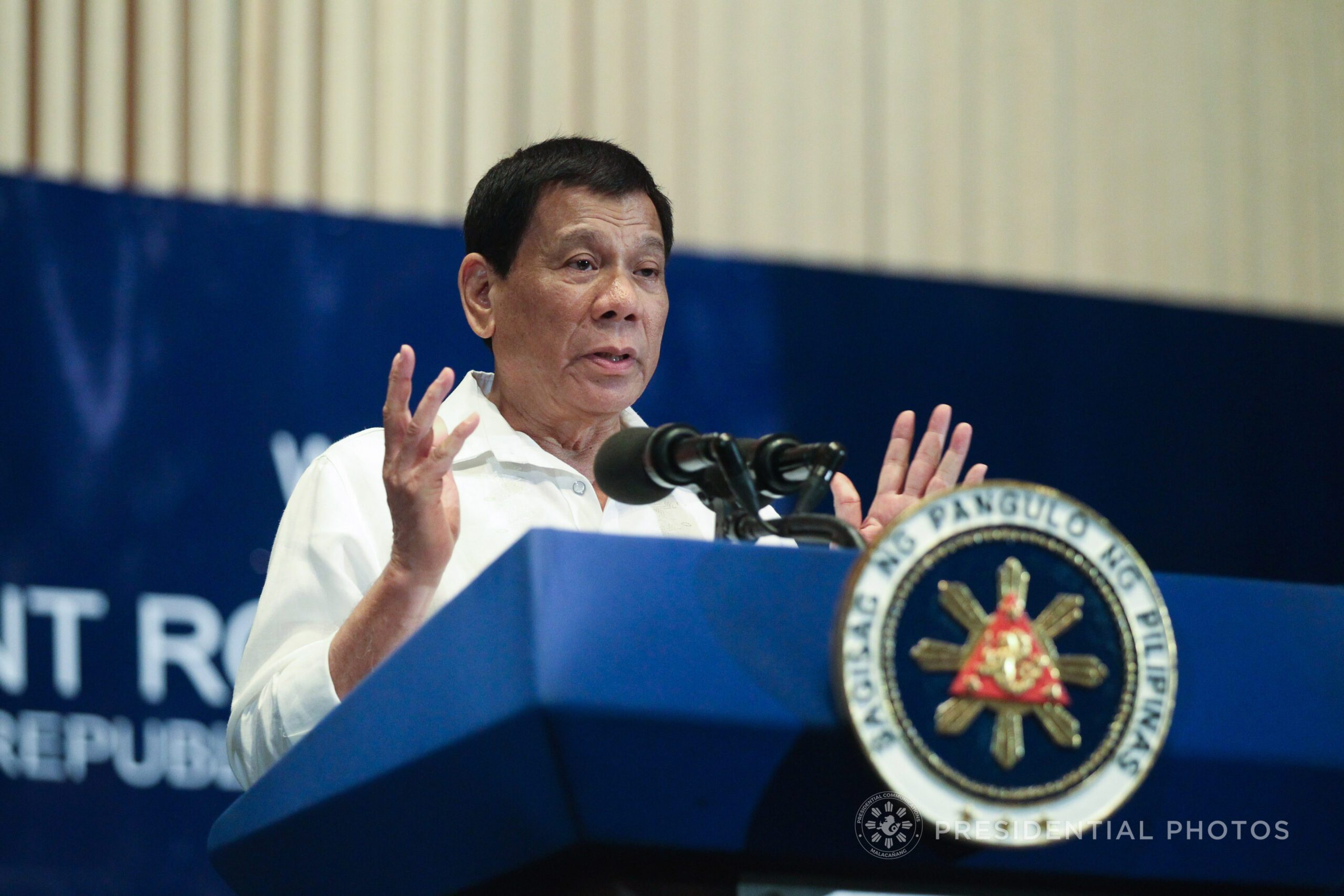 Facebook Twitter Copy URL
Copied
The PCOO says it's still pushing for the passage of the FOI law, though the law is not among the priority measures identified by President Rodrigo Duterte

“I hope that both the legislative and judicial branches of government would join us in strengthening our democratic institutions by following suit and instituting measures that would allow unfettered public access to relevant information about their affairs,” said Duterte in a message on Monday, December 4.

Duterte praised the efforts of government agencies, led by the Presidential Communications Operations Office (PCOO), in improving citizens’ access to documents and information.

“We have made great strides in providing access to relevant records, research data, documents and papers pertaining to official acts, transactions and decisions in the executive branch,” he said.

However, PCOO officials have urged lawmakers to pass the critical piece of legislation.

On Monday, PCOO Assistant Secretary and FOI Program Director Kris Ablan said the “push is still there” for a FOI law.

PCOO officials, he said, have spoken to “FOI champions” in both the Senate and the House of Representatives in hopes of speeding up the law’s passage.

The FOI bill was not among the priority measures Duterte identified in his most recent State of the Nation Address. It was also not among the 28 measures the Legislative-Executive Development Advisory Council (Ledac) it included in its Common Legislative Agenda (CLA) for the 17th Congress.

Leaders in both chambers of Congress have reiterated their commitment to passing an FOI law.

Lawmakers and concerned groups have pointed out that a law is a long-term solution to improving government transparency, compared to an executive order which can be repealed or amended by another Philippine President in the future.

As of November 25, or exactly a year since the FOI program was launched, 2,552 requests for information were lodged with government agencies.

While the EO only covers the executive branch, some agencies or offices outside of it also submitted FOI manuals required by the EO.

These offices are the Office of the Ombudsman, Commission on Audit, provincial government of Ilocos Norte, and city government of Laoag. – Rappler.com