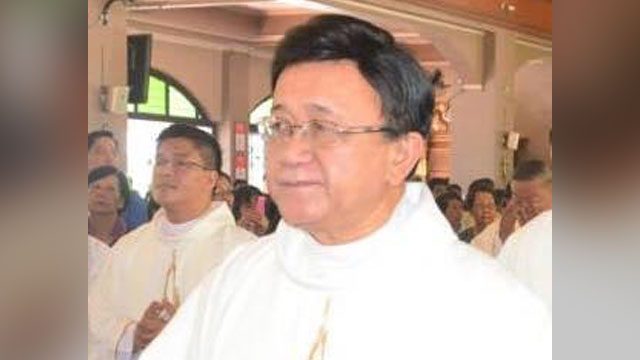 MANILA, Philippines (UPDATED) – A priest was killed in Nueva Ecija on Monday night, December 4, hours after he helped facilitate the release of a political prisoner in the province.

Fr Marcelino Paez, 72, was driving along Jaen-Zaragoza road in Barangay Lambakin, Jaen, Nueva Ecija, at around 8 pm when motorcyle-riding suspects shot him, a police report said.

Responding policemen brought him to the Gonzales General Hospital in nearby San Leonardo town where he was declared dead.

The crime scene was still being processed by Scene of the Crime Operatives as of posting. Rights group Karapatan said in a Facebook post that Paez was former Guimba parish priest and current coordinator of the Rural Missionaries of the Philippines in Central Luzon.

The shooting happened hours after he “assisted in facilitating the release of political prisoner Rommel Tucay who was detained at the BJMP jail in Cabanatuan,” Karapatan said.

Tucay, a peasant organizer, was charged with illegal possession of firearms and explosives in March after he was reportedly “abducted” and “tortured” by a joint military and police team in Carranglan, Nueva Ecija, said Karapatan.

The Roman Catholic Diocese of San Jose, Nueva Ecija, condemned the killing of Paezwho was actively involved in social discussions, especially on matters involving human rights, farmers, and the poor.

(We, the priests of the Diocese of San Jose, Nueva Ecija, with our Bishop, strongly condemn the unjust and violent killing of Fr Tito Paez.)

(We call on those concerned in the government to shed light on his death. We are also calling on the faithful to pray that his death be given justice, and for the repose of his soul.)

Vigorously CONDEMN DUTERTE and his killers for the MURDER of FR. MARCELITO “TITO” PAEZ, Fr. Paez, Coordinator of the Rural Missionaries in Central Luzon, helped in the release today of political prisoner Rommel Tucay. He died at 10:45 p.m. today at San Leonardo Hospital, N. Ecija

Duterte had earlier terminated peace talks with the NDF, the political wing of the Communist Party of the Philippines. – With a report from Rambo Talabong/Rappler.com