PNP drug enforcement chief: No need for body cameras, we have God 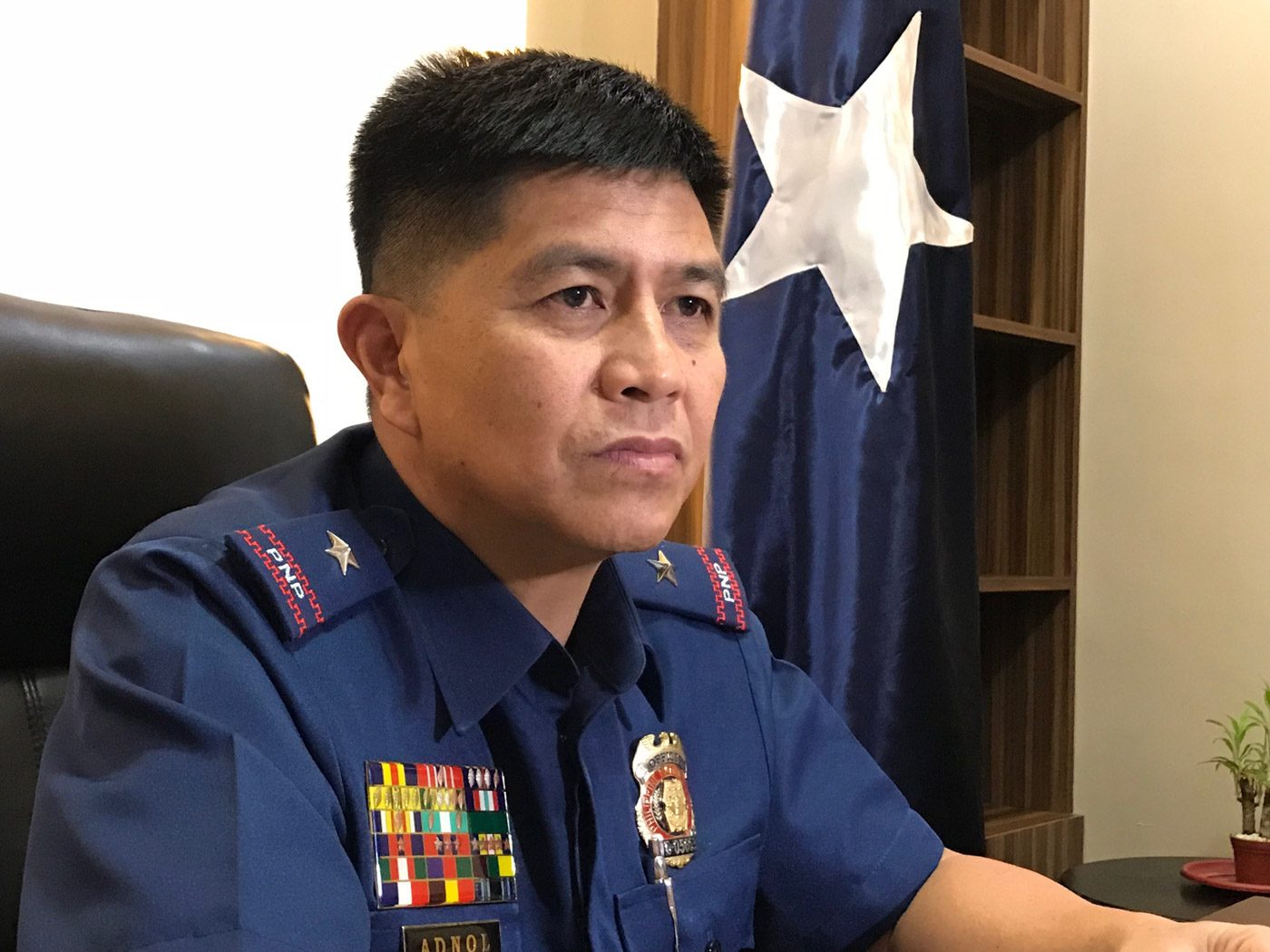 This was the sentiment of Philippine National Police (PNP) Drug Enforcement Group (DEG) Director Chief Superintendent Joseph Adnol on Wednesday, December 6, reacting to uproar that cops should use body cameras on their 3rd try in the drug war.

“For me, there really is no need for a body cam, our camera as policemen is God, ‘yun ang pinaka-camera natin na tinitingnan tayo (He is our very camera who will watch over us),” Adnol told reporters in an interview.

This comes a day after President Rodrigo Duterte ordered the PNP back to his landmark campaign, the war against drugs, after an almost two-month hiatus.

The campaign was suspended after a string of controversial teen killings in Caloocan City which sparked public outrage. (READ: Kian and Carl: What the deaths of two boys have in common)

According to Adnol, the cameras are “not necessary,” as they are not part of the “basic police equipage” prescribed by the PNP operations manual. Instead, he urged the public to trust cops.

“For me, personally, we want to show that the people should trust their policemen. There is no need for such body cam,” he said.

While Adnol did admit that not all cops are decent, he pointed to their internal cleansing program as the solution, not gadgets to record their operations.

In order to build trust without relying on cameras, Adnol said they have advised cops to prioritize the arrest of drug suspects, as reiterated by PNP chief Director General Ronald dela Rosa.

“We emphasized to them that we’ll focus on arresting suspected drug [users and pushers who] may be involved,” Adnol said.

They cannot promise, however, that the operations will be 100% bloodless.

“The suspects may be armed and [there could be] a certain situation when policemen’s life will be in danger,” said the one-star general.

The PNP has yet to issue a new memorandum circular that would signal the reactivation of their campaign against drugs.

Oplan Double Barrel, the umbrella term for all of the PNP’s anti-drug operations, was suspended on October 12. It is still unclear whether the PNP will just call for another “reload” with minor tweaks, or will revise its rules entirely. – Rappler.com