PH to ‘reassess’ membership in ICC, if pushed

Dec 8, 2017 10:33 AM PHT
Pia Ranada
Facebook Twitter Copy URL
Copied
If the International Criminal Court violates the principle of complementarity, the Philippines may have to 'reassess its commitment to the Court,' says Presidential Spokesman Harry Roque in an ICC assembly of state parties 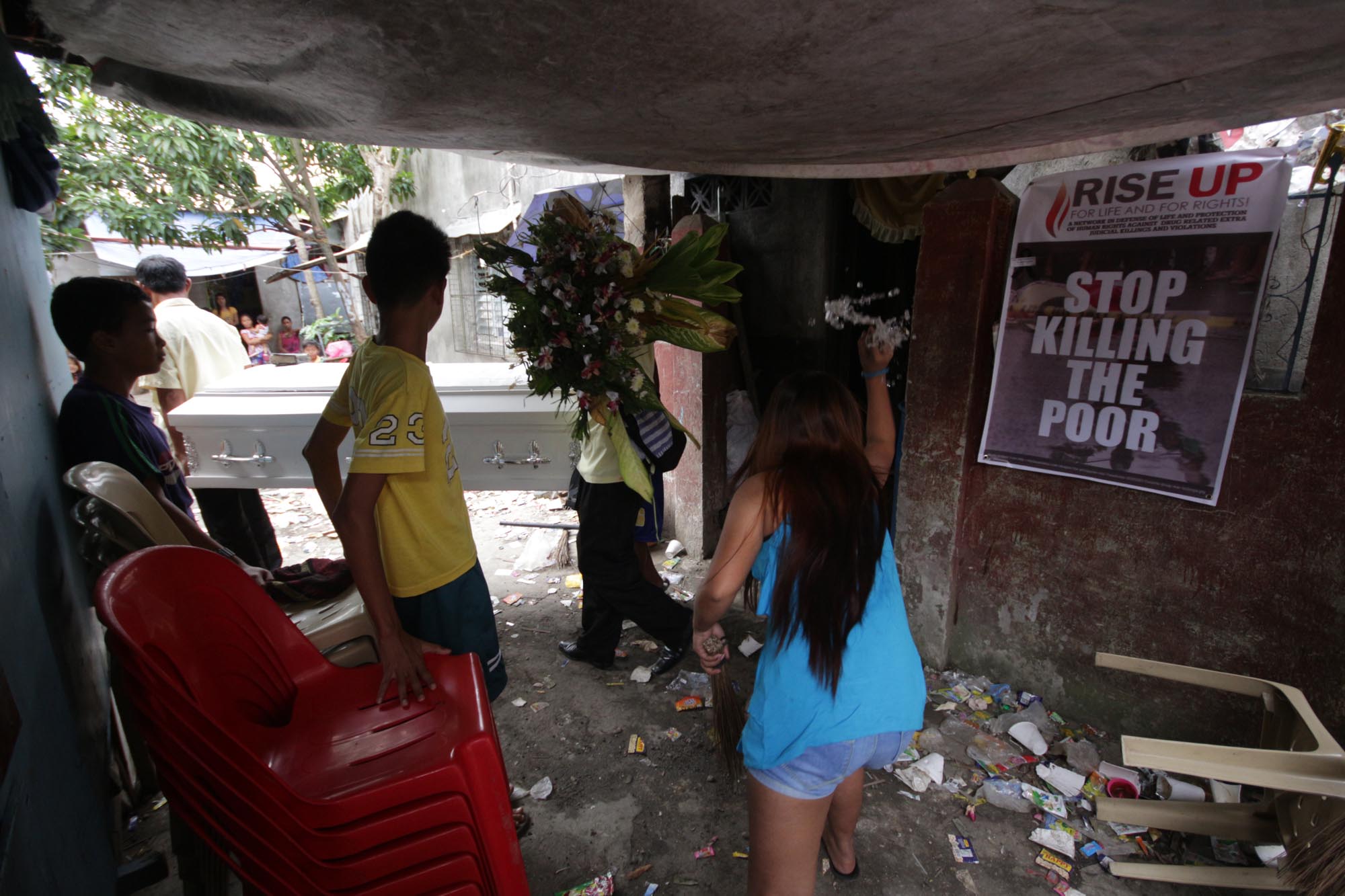 MANILA, Philippines – Presidential Spokesman Harry Roque, speaking in front of state parties to the International Criminal Court (ICC), said the Philippines will “reassess” its commitment to it if the court violates the principle of complementarity enshrined in its founding treaty.

“A violation of the very basis of our consent – which is complementarity – will constrain us to reassess our continuing commitment to the Court and the Rome Statute,” said Roque on Thursday, December 7, according to a statement sent to media.

He was addressing the President of the Assembly of States Parties to the Rome Statute of the ICC Minister Sidiki Kaba and the other ICC member states during the General Debate of the 16th Assembly of State Parties at the United Nations Headquarters in New York.

Roque, as representative of the Philippines, reminded the assembly that the ICC is meant to “complement national efforts in criminal justice” and not have primary jurisdiction in the prosecution of persons accused of crimes against humanity. That primary jurisdiction, he said, rests in the country’s own justice system.

The ICC, he stressed, should be a “court of last resort”, with its jurisdiction activated only when the state is “unwilling or unable to investigate and prosecute such crimes.”

Roque, also Duterte’s adviser on human rights, gave assurances that the Philippines is “prepared to act, as we have always so acted, to bring to bear our national criminal justice system upon those who violate our laws and pose a threat to our national security.”

He said he was confident that the ICC “will respect national processes.”

President Rodrigo Duterte’s spokesman also cautioned the ICC member states and leaders against allowing the international court to be politicized.

“Mr President, we urge the Court to resist attempts by some sectors to treat the Court as a venue to pursue political agenda to destabilize governments and undermine legitimate national authorities,” said Roque.

Such efforts “dilute the Court’s mandate” and get in the way of the Philippine government’s efforts to punish those responsible for crimes covered by the Rome Statute.

Duterte has long insisted that criticism of his drug war, including supposedly bloated numbers of its death toll and supposedly unfounded claims that extrajudicial killings are not state-sponsored, are mere political gimmicks by his political opponents to destabilize his administration.

The President first threatened to withdraw the Philippines from the ICC in November 2016.

In April this year, Filipino lawyer Jude Sabio filed a complaint against Duterte with the ICC for alleged “mass murder”.

Sabio is the lawyer of the self-confessed DDS hitman Edgar Matobato who had alleged in Congress hearings that Duterte masterminded vigilante killings in Davao City when he was mayor.

But Malacañang insists the ICC need not intervene in cases of alleged abuse by police in implementing the drug war because local authorities are dealing with the issue.

To underscore this point, the government has pointed to the relief from their posts of certain policemen and the purge to weed out scalawags from the police force.

Duterte has also stripped the Philippine National Police (PNP) of their leadership role in his drug war, replacing them with the Philippine Drug Enforcement Agency. He noted in a memorandum that only one drug suspect was killed in anti-drug operations since the PDEA took over.

However, Duterte has now allowed the PNP to return to the drug war.

Many critics, including a Supreme Court justice, have demanded more transparency from the government in its anti-drug operations.