Replacing jeepneys a must after 3-year transition period – Tugade 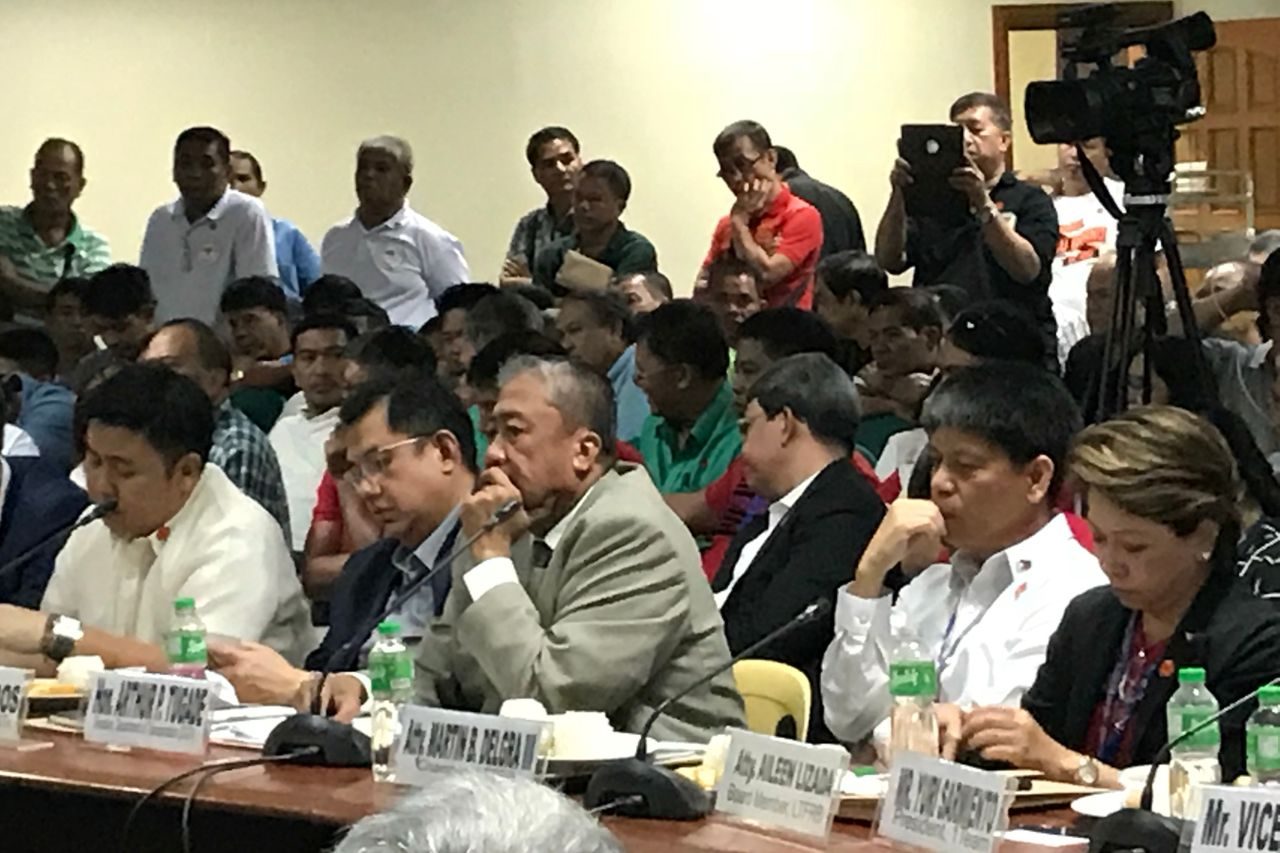 On Monday, December 11, Tugade appeared before the Senate committee on public services, which held a hearing on the PUV modernization program.

Tugade explained that all PUVs will have to pass the motor vehicle inspection system (MVIS), which will be rolled out by January. PUVs that pass the roadworthiness test under the MVIS will be allowed on the road.

However, Tugade clarified that even after passing this test, jeepney operators and drivers will still have to “modernize” or replace their jeepneys after 3 years.

After the 3-year transition period, PUVs running with non-Euro 4-compliant engines will no longer be allowed on the road. (READ: Is the PUV modernization program ‘anti-poor?’)

(We have standards. The door of the vehicle should not be at the back but on the side. There should be both seating and standing capacity. The engine should be Euro 4- or Euro 5-compliant.)

Tugade said 26 mobile MVIS units will arrive before Christmas to kick-start the inspection. (READ: Orbos: Phasing out of ‘deteriorated’ PUVs to start January)

Transport groups reiterated their earlier position that they are not against modernization but highlighted that the new models prescribed by the government are still too expensive for them.

“The P80,000 subsidy which would be provided by the government is too small. Drivers and operators will still have to pay interest to banks,” San Mateo said in a mix of English and Filipino.

“The government subsidy should not be less than 50% of the total cost and should be charged 0% interest by the banks,” San Mateo said in response to Senator Grace Poe’s question on what would be reasonable costs.

The PUV modernization program aims to replace PUVs running for 15 years or more with new vehicles that have safety features. The goal is to promote safer and environment-friendly transport options to the commuting public.

But the DOTr gave assurances that the jeepney phaseout will not immediately happen next year. Poe noted that only P2.2 billion has been allocated in the 2018 national budget, which would only cover 28,000 out of the 180,000 jeepney units estimated by the government.

The DOTr promised that there would be consultations with the transport groups every two months starting February next year.

According to Tugade, he met with some of the groups last Friday, December 8, and they arrived at that compromise so the sector’s concerns could be regularly heard. Representatives from the persons with disabilities (PWD) sector were also present. They pointed out that only one out of 7 jeepney models can fit those who are in wheelchairs.

Echoing Tugade, Transportation Undersecretary Thomas Orbos said the modernization plan will not “transform the sector overnight.” Hence, consultations will still continue during the 3-year transition period to refine the program.

For her part, Poe said the Senate committee on public services will be on the lookout for future developments.

“We will hold everyone accountable to their commitments expressed today – not only DOTr, LTFRB, and other implementing agencies but also the driver-operators. Don’t stage transport strikes yet. Let’s iron out the details,” she said.

Piston called off its nationwide transport strike set for December 4 to 5 after Poe invited them to sit down with the committee to discuss their concerns.

But questions remain on the PUV modernization program. The DOTr has yet to finalize the route rationalization study, the costs of the new units and financing terms, as well as the requirements for consolidation into transport cooperatives. – Rappler.com