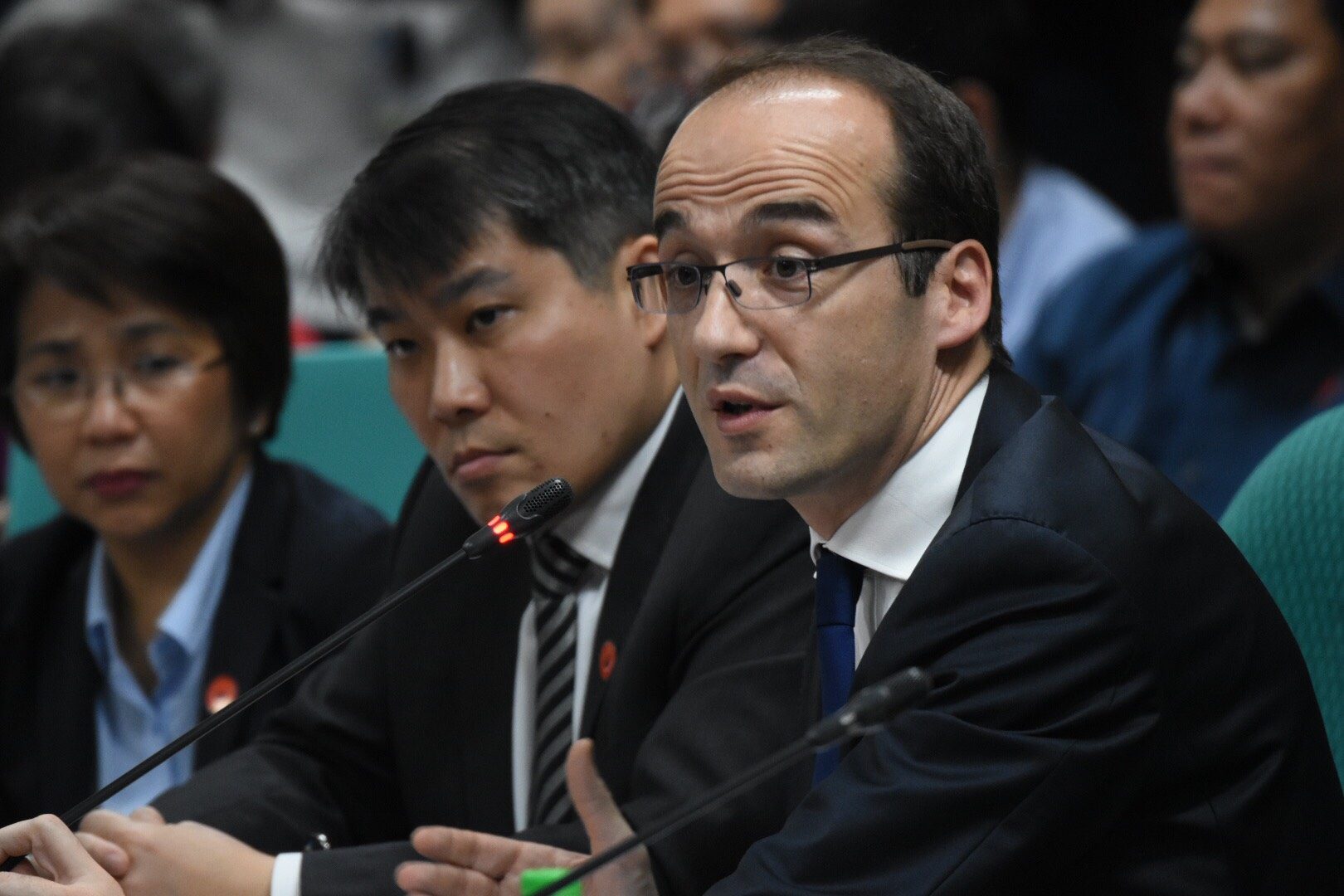 MANILA, Philippines – French pharmaceutical company Sanofi Pasteur said on Monday, December 11 that permanent removal of its Dengvaxia dengue vaccine from the Philippine market would be a “disservice to the Filipino people.”

During a Senate probe into the now-suspended school-based vaccination program, Thomas Triomphe, Asia Pacific head of Sanofi, said that completely pulling out the controversial vaccine based on a small risk percentage would be a “regression” in the fight against dengue.

“To permanently remove the vaccine from the Philippine market… would be a regression in the country’s approach to solving a major public health concern and a disservice to the Filipino people,”  Triomphe said.

He added that as a country where dengue is endemic, the Philippines stands to benefit the most from the dengue vaccine since 90% of the population has already been infected with the virus.

As a public health concern, he said removing the dengue vaccine from the market “would in effect, leave 90% of the population at the mercy of an epidemic which has been found to be preventable.”

Triomphe said the new information gathered from the company’s monitoring activities were conducted as a matter of “best scientific practice” and were shared to the public in “full transparency.”

He added that updated information showed an 0.02% increased risk of getting “traditional dengue symptoms, such as fever, low platelet count, or nose bleeding,” in persons who had been administered the shot but have never been infected with the virus.

Results also showed increased effectivity of the vaccine of up to 6 years in individuals who have previously been infected with dengue.

Since its registration in December 2015, Dengvaxia has been used privately and publicly in 11 countries and has been registered in 19 countries in Latin America and Asia, according to the company.

“It is perhaps because of the clear benefit of sustained protection that even after our public disclosure, all other countries where Dengvaxia is marketed and used continue to use and market it to this very day,” Triomphe said.

He added, “We hope that knowing that other nations from all over the world are not taking Dengvaxia off the shelf would prove that Sanofi Pasteur is telling you the truth – the vaccine is safe.”

Public health experts have criticised the implementation of the P3.5 billion school-based dengue vaccination program, which was launched under the Aquino administration by former health secretary Janette Garin.

According to the Formulary Executive Committee, which determines which drugs should be part of the National Formulary, not enough clinical tests had been made to recommend the wide-scale use of Dengvaxia. (READ: Mass use of dengue vaccine had no backing of medical experts)

Instead, the FEC recommended a “staged procurement” of the vaccine.

Sanofi has been in hot water since it issued new findings against its own dengue vaccine on Wednesday, November 29.

Data from new clinical studies showed the vaccine increased risks of developing severe dengue among individuals who have never been infected with the virus.

Since then, the Food and Drug Administration has ordered a market pullout of the dengue vaccine.  – Rappler.com