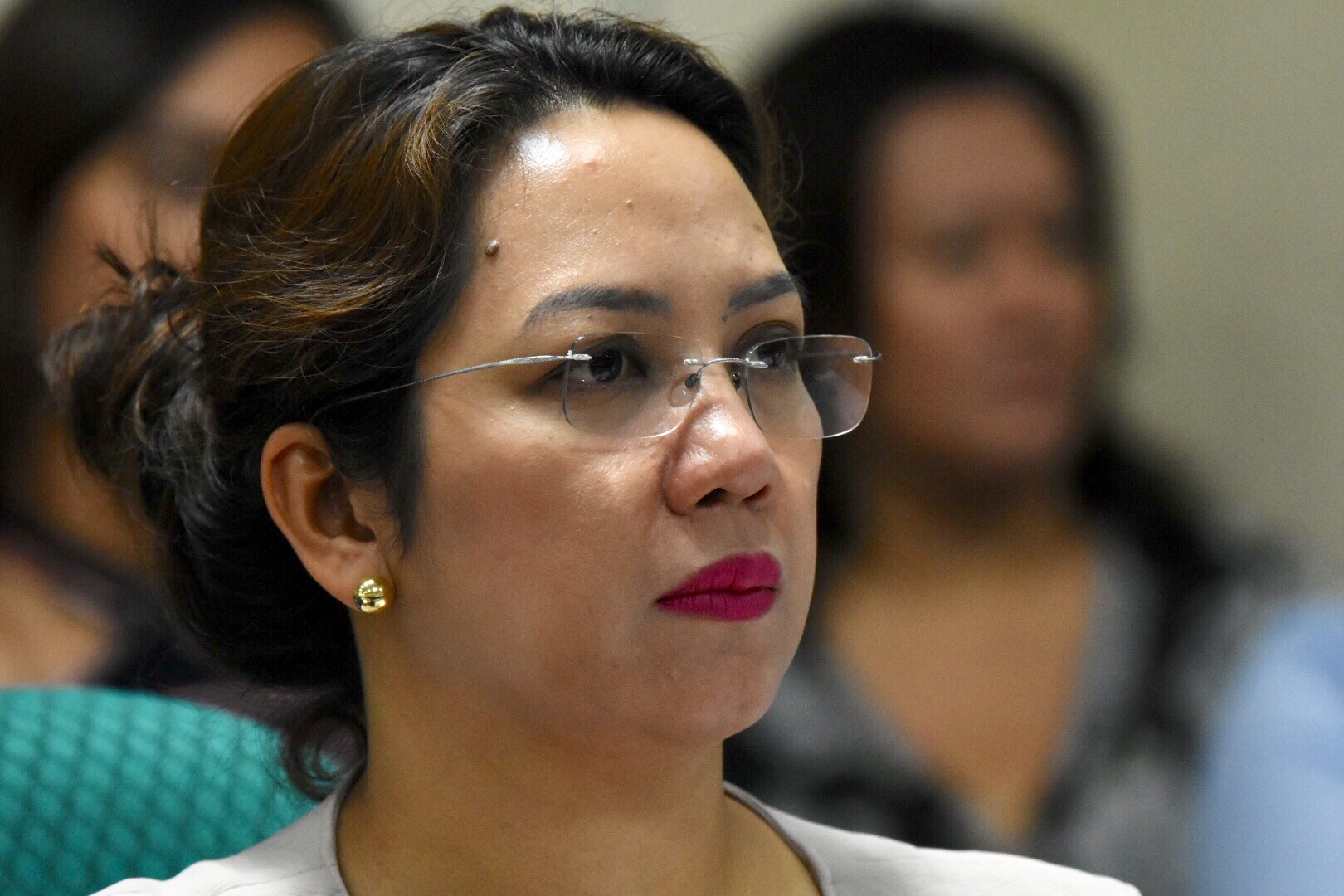 MANILA, Philippines – A mother of a child who received the Dengvaxia dengue vaccine is holding former health chief Janette Garin accountable for the possible health risks her daughter may face in the future.

Iris Alpay traveled all the way from Imus, Cavite ,on Monday, December 11, to testify at the Senate probe into the now-suspended dengue immunization program for public school students in the National Capital Region (NCR), Central Luzon, and Calabarzon.

Garin launched the program in April 2016 even if the World Health Organization and the Formulary Executive Council (FEC) – a panel of Filipino experts who assess which drugs should be bought and used by the government – said no to the mass use of Dengvaxia.

She is one of the mothers of 830,000 students who got at least one dose of the vaccine, which manufacturer Sanofi Pasteur had said could cause a more severe case of dengue when administered on a person who had not been infected prior vaccination.

Alpay said her daughter got sick sick recently, prompting her to write a letter to Health Secretary Francisco Duque III. (READ: [EDITORIAL] #AnimatED: Somebody has to answer for the dengue vaccine disaster)

Duque said he called her to ask about the child’s symptoms. He said he would continue monitoring the child as part of the Department of Health’s 5-year surveillance of the health of all vaccinated children.

(It looks like we can’t connect the symptoms she mentioned to Dengvaxia. But it’s still possible.)

Alpay asked if parents of children who would later get sick of dengue can be sent to private hospitals, as government hospitals are sometimes far from their homes.

Duque said yes, as the Philippine Health Insurance Corporation is ready to cover P16,000 in medical expenses of a child to be hospitalized due to dengue.

He noted that it was “too fast,” because even FEC members said the program was “premature.” At the time, clinical studies on the safety, efficacy, and cost-effectives of Dengvaxia have not been completed. An economist also said the price of the vaccine at P1,000 per dose was “too much.”

Garin’s predecessor, Paulyn Ubial, said the timing of the vaccination program’s launch – a month before the 2016 presidential polls – was questionable. Gordon also hinted at a possible “conspiracy,” one that may possibly be traced up to then-president Benigno Aquino III and even former budget chief Florencio Abad.

But Garin maintained the program was safe based on available studies then. She said she wanted to make the vaccine available even to the poor.

She also said the dengue vaccination program was “not a midnight deal” and denied any corruption was behind the procurement of Dengvaxia. Garin left the hearing at 2 pm for an acute appendicitis operation.

Sanofi Asia Pacific head Thomas Triomphe also told senators it would be a “disservice to the Filipino people” if the immunization program would be permanently stopped.

On Wednesday, December 13, the House of Representatives will reopen its own probe into the matter. The Senate will continue its investigation on Thursday, December 14. – Rappler.com